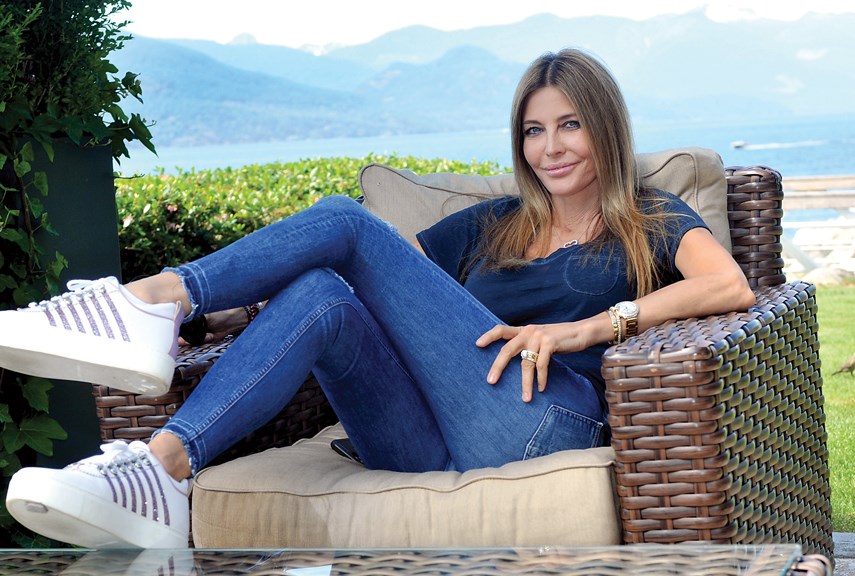 On the road to sobriety Ronnie Negus hiked the Grouse Grind 24 times in one summer.Paul McGrath, North Shore News

Ronnie Negus is now at peace and she’s present.

On the eve of her 50th birthday the former reality queen is candid about missteps up until this point in her life, including a botched cosmetic procedure and struggles with alcohol.

Through sparkling eyes that have been sober for three years, Negus breathes in her current surroundings – unobstructed views of Howe Sound on a cloudless summer day. Including this sprawling waterfront property, Negus owns multiple houses in a gated community located just before Lions Bay.

Negus sports a laidback California vibe, which isn’t a stretch considering she was partially raised in the City of Angels. Her uniform on most days is comprised of skinny jeans and a crisp T-shirt paired with white sneakers.

Negus is not ready for the approaching milestone, “because I don’t feel 50.”

“I’m not a fan of birthdays but I’m glad they keep coming,” she says.

Life after The Real Housewives of Vancouver has been a relative breeze for Negus, who got caught up in the drama of working on a TV series that she believes fuelled her anxiety.

“I don’t think I was portrayed all that well,” she asserts.

Negus concludes her storyline was spun around a drunken narrative.

Negus was in the throes of post-traumatic stress disorder when the cameras started rolling on the second season of Real Housewives.

“And I thought it would be good for me, and in hindsight it was really the worst thing,” she says. “I should have taken that time to heal.”

Four years ago an unscripted, terrifying scene unfolded steps from where Negus is sitting today. She paints a chaotic scene of ambulances, police cars, fire trucks and a helicopter descending on her normally quiet lane.

Negus’s daughter Remy had choked on a piece of steak and was declared clinically dead.

“She was 22 minutes down,” recalls Negus. “It was horrific. She turned solid blue. I went into absolute shock.”

To make matters worse, the family’s housekeeper had a massive heart attack while giving Remy CPR. While both of them survived, Remy’s cognition wasn’t the same after that day.

“Nobody thought that she was going to come off of life support, but she did,” says Negus, who is inspired by her daughter’s resiliency.

These days Remy lives in a home with caregivers on Salt Spring Island, where her mom visits “all of the time.”

Her kids are her world, says Negus.

It’s a good thing the jetsetter loves to travel because her clan is spread out. Jhordan, the oldest, just eloped in Las Vegas, while his brother, Houston, is an actor living in L.A.

The youngest, Charley, keeps Negus on her toes. Charley is on the cusp of becoming a teenager and the attitude is kicking in.

“It drives me absolutely crazy that they are on the social media all the time,” says Negus. “(Charley) is obsessed with the Kardashians – obsessed.”

Not helping matters is the fact Negus has friends who run in the same social circles as one of the Kardashian daughters, leading Charley to believe there might be a chance meeting.

Tweens today are “way too into beauty” and superficial things, posits Negus, who once went through a tomboy streak.

She offers a cautionary tale about a cosmetic procedure she had 17 years ago when she was “young and naïve.”

In her pursuit for a fuller pout, Negus had a doctor inject her lips with a permanent substance that she says caused lasting inflammation along with clumps of tissue to form in her lips.

Twelve micro-surgeries later and Negus is still suffering the effects of her lip injection. Her message now is to be comfortable in your own skin.

“Everybody always wants to change something about themselves – I learned the hard way.”

Negus touts a healthy lifestyle these days. On the road to sobriety she hiked the Grouse Grind 24 times in one summer.

There was no rock-bottom moment, Negus says, but rather “an accumulation of this doesn’t feel good.”

“My hangovers were debilitating. And I just got tired of the roller coaster.”

A small scar above her eye and on her arm serve as a permanent reminders of regrettable choices.

Once while in an inebriated state, Negus fell into a wall and smashed her forehead. She had to film Housewives with a black eye.

“But they covered it up really well,” she says.

Since Real Housewives wrapped the only castmate Negus keeps in touch with is Robin Reichman.

“We are really close. I really care about Robin a lot,” says Negus.

Negus is no longer a housewife, after separating from husband Russell Negus four years ago. But she still sports the huge diamond ring.

She and Russell still hang out together and “God only knows” what the future holds for them.

“For me, never say never,” says the thrice married Negus.

Philanthropy has been  the main constant in her life. Negus sat on the board of directors for the BC Centre for Ability, a cause she donated her salary from the TV series to.

A longtime Seahawks fan, Negus helped organize the Seattle team’s 12 North Sports Classic, which has raised hundreds of thousands of dollars for Special Olympics and other causes. The event brings together celebrities and professional athletes from various sports to B.C. every summer for a series of fun events.

Another project Negus is working on involves partnering with a prominent U.S. hotel proprietor on a line of vitamins. “I’m such a health freak,” she says.

Nursing a cool glass of water, Negus talks about what she’s looking forward to in this next chapter. There are plans to celebrate her half-century milestone on the Galápagos Islands or in the south of France.

“I want to have a front-row seat to my life,” she says. “I wake up every day and I’ve never been happier.”