“This is actually one of the largest, if not the largest, glass sponge bioherms in the Howe Sound,” Glen Dennison says with delight.
Mar 15, 2017 9:31 AM By: Ben Bengtson 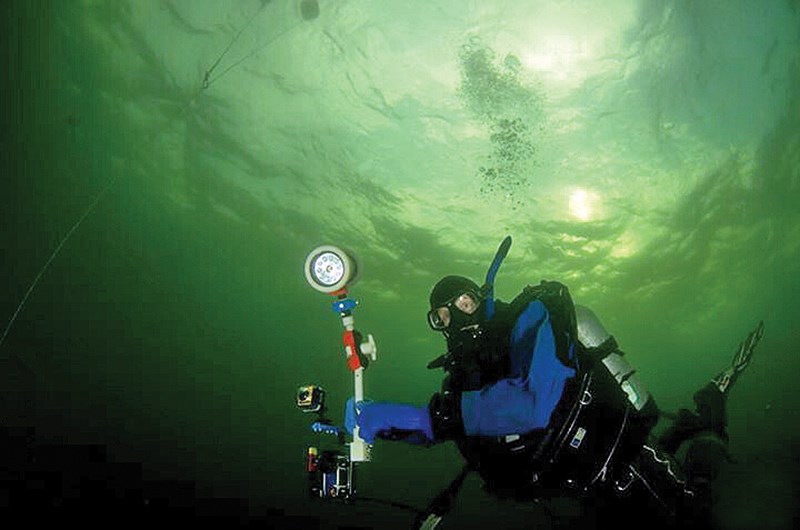 “This is actually one of the largest, if not the largest, glass sponge bioherms in the Howe Sound,” Glen Dennison says with delight.

He’s talking about a section of glass sponge reefs near the Lions Bay Marina in West Vancouver, a neighbourhood where he resided for more than 25 years.

Last week, Dennison led a crew that piloted a small submarine down near the bioherm and laid eyes on the majestic sponges, a series of life forms that make up an ancient system of reefs necessary for providing a safe ecosystem to much of Canada’s marine life.

“It’s spectacular,” he says of the recent Lions Bay bioherm expedition. “I’m kind of buzzing from that, so you’ll have to forgive me a bit.”

Dennison says this specific bioherm was widely known to be in that spot, but had yet to be viewed by human eyes.

Back in the early 1970s, Dennison laid his eyes on much of the marine life and activity in Howe Sound, diving around the area in order to fulfil a youthful sense of curiosity and adventure. These days, Dennison is still curious and adventurous, but there’s more of a serious intention motivating his current underwater and marine explorations.

Dennison is a citizen scientist and marine life activist with a special interest in technology and electrical engineering. Put together, his skills, passions and interests have helped forge a passionate campaign to preserve and study the nine glass sponge reefs that populate Howe Sound and some of the Georgia Straight.

For many years, Dennison has been involved with both the Marine Life Sanctuaries Society and the Underwater Council of British Columbia, two organizations focused on community engagement and education when it comes to protecting marine life and promoting safe diving.

At the 22nd annual awards, which celebrated B.C.’s ocean leaders at an event at the Vancouver Aquarium Marine Science Centre, he was specifically honoured for his inventive design and application of several technologies to examine the prehistoric glass sponges.

Of particular note is his introduction of a tech system for supporting an underwater camera that makes use of tiny electronic recording equipment and rudimentary tubes that can hang off the side of a boat or dock.

“What I did was, I actually put a camera into a tube with some high-powered lights on the side of it,” Dennison says. “We started hanging these over the pinnacles of Howe Sound, just checking what was down there.”

Dennison says allowing his team to see what lies beneath the surface of the ocean in such an easy and low-cost manner has helped them save time when it comes to diving and exploring.

While Dennison was honoured to win the award for innovative technology use, he says his greatest accomplishment is more the totality of the work he’s been doing rather than a specific piece of technology or equipment.

For example, regarding his recent submarine excursion near Lions Bay, he says his goal was mainly to collect data.

“We’re doing citizen science, and we’re taking this data and we’re going to be passing it on to the resource officers in the Department of Fisheries and Oceans for them to actually study and look at possible protection policies for the site,” he says.

The data that Dennison is interested in is wide-ranging, and includes measuring fluctuations in ocean temperature and ensuring glass sponges aren’t being damaged by improperly laid prawn traps.

“Lots of stuff going on with glass sponge here, and I think a lot of it is the government’s starting to pay attention to it and realizes there’s a huge connection to the rock fish populations and the health of the oceans with glass sponge bioherm,” he adds.

Glass sponge reefs were first discovered off the province’s north coast in the late 1980s. Since then, smaller reefs, such as the several that occupy Howe Sound, have been discovered by Dennison and other passionate marine divers. In February, the government granted protections to many of the glass sponge reefs around the Hecate Strait and Queen Charlotte Sound.

Dennison says he would like to see more protections granted to Howe Sound.

“These sites are absolutely unique to B.C., unique to Howe Sound, they’re special sites that are nurseries and habitats for depleted rock fish species,” he says.

While the extent and amount of time that Dennison has devoted to his activism, data collection and work in protecting the marine life and environment surrounding Howe Sound is far-reaching, he sounds like he’s seeing it all with fresh eyes every time he goes down there.

“The visual, human aspect of being under water,” he says, almost at a loss for words. “Absolutely unbelievable.”