CANINE CONNECTION: When Fido poops, you must scoop

It became starkly clear the other day when I observed an elderly woman and her off-leash dog along a trail that it was time for me to discuss the topic of . . . number two.
Feb 28, 2020 8:24 AM By: Joan Klucha 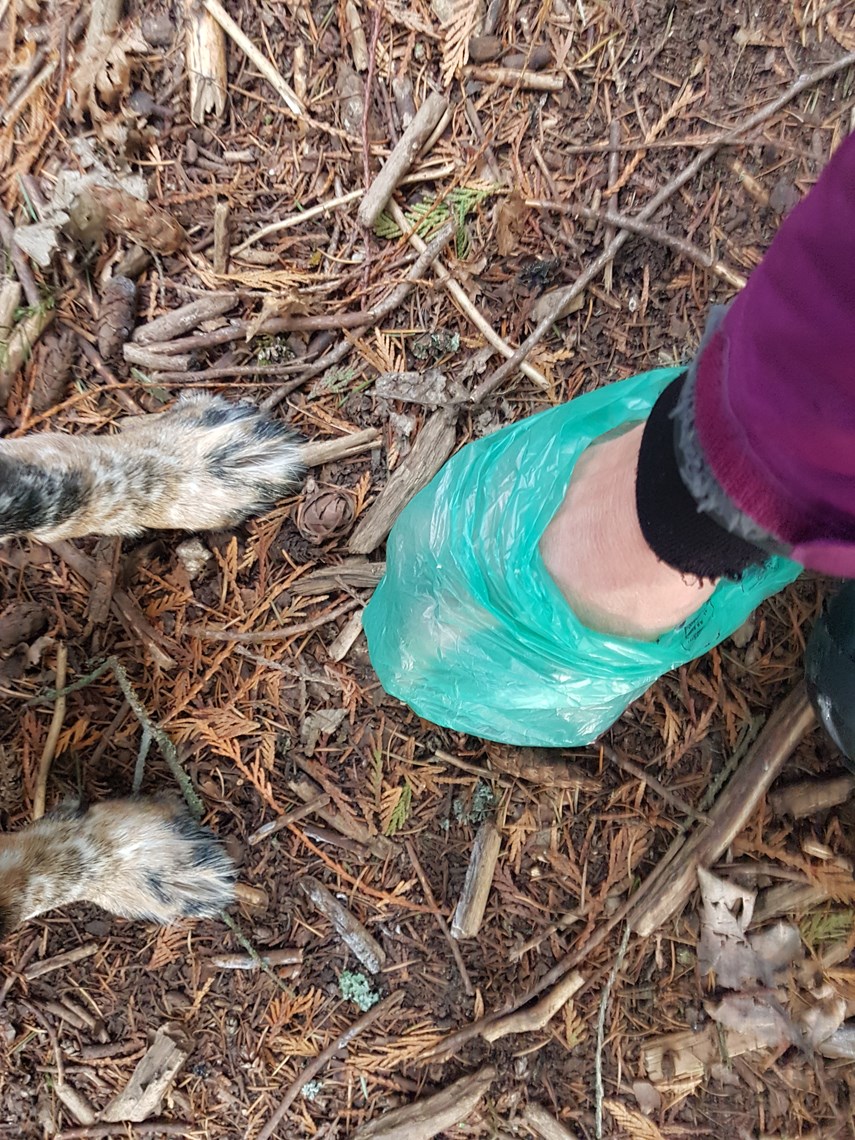 It became starkly clear the other day when I observed an elderly woman and her off-leash dog along a trail that it was time for me to discuss the topic of . . . number two.

Typically I see this woman on a daily basis as I return from my walk with my dogs. She walks 40 to 50 feet along the trail from the entrance with her dog, stops, then turns around and leaves. When I first witnessed her do this, I initially thought it was because the trail was too dark on cloudy mornings and she changed her mind about walking along the dimly lit trail.

But today timing allowed me to be closer to her as she stepped into the trail entrance and, just as before, she stopped after a few metres, then turned around.  But because I was closer to her on this day, I could see what was going on. The reason she entered the trail and stopped at the same spot was to let her dog take a poop along the trail.

She then turned and left once the dog was done. She did not pick it up but knowingly used the trail entrance as her dogs personal outhouse.

I was a bit shocked at this discovery as she was old enough to know better but clearly not willing to care.

As I made my way to where her dog had done its business I took a closer look at the area and it was obvious that this was a regular routine for the dog and owner and maybe many other owners as well.

Looking around at the poop buffet before me I got to thinking: what would possess a person to wilfully disrespect not only nature but their civil responsibility to abide by the stoop and scoop bylaw?

You have to be living under a rock to not know that you are required to clean up after your dog when it does its business in public areas.

But as I looked around at the multimillion-dollar homes that surrounded me, I thought, “Nope people are definitely not living under rocks around here.”

So maybe the problem is that they are unsure of how to clean up after their dogs? Maybe the reason for the coils of canine crap is due to a confusion between common sense and a sense of entitlement.

If that’s the case then I can offer some tips on how to safely bend, scoop and lift that bag of dog doo.

First off, remember to check with your physician that you are healthy enough to engage in the highly strenuous activity of picking up and carrying your dog’s poop.

Once cleared by your physician, walk out the door with a number of biodegradable dog poop bags in your pocket. Don’t be alarmed at the extra weight, 5 of them weighs less than the cell phone attached to your hand.

Next, when you see Fido sniffing a particular area, this is a cue that the poop squat is imminent so place said cell phone in your pocket to free up your hands. Yes, it will be an odd sensation but life is full of difficult things.

Now, place said poop bag on your hand and pull it up to cover your wrist.

Walk towards the pile of dung with confidence. Let it know that you are the boss, grrrr!

Then, remembering to bend at the knees, squat over the offending feces. Place your bag-covered open hand around the pile. Don’t be afraid, it is normal for it to be warm. Now scoop your hand under the pile of poop and lift. If you find this too strenuous, may I suggest you spend some time lifting cans of soup off the floor at home to build your strength to pick up the one-pound pile of poo.

Once the poop is in your bag-covered hand, carefully use your opposite hand to pull the ends of the bag together to allow them to be tied together. If tying knots confuses you, then just twist the top of the bag a few times. Now comes the really hard part, carrying it to the closest garbage.

This will likely feel like the longest walk in the world. The Camino de Santiago has nothing on The Poop de Trash Journey but remain calm and walk with pride.

Know you are doing the right thing by abiding by the bylaw and your moral duty as a dog owner, even if it feels like forever to get there.