CANINE CONNECTION: Teaching a dog to come is challenging but essential

Without a doubt, the most important command a dog will learn is its recall, otherwise known as coming when called. But ironically, it is also one of the most difficult commands for a dog to learn. Well, let me rephrase that.
Sep 11, 2016 1:00 AM By: Joan Klucha 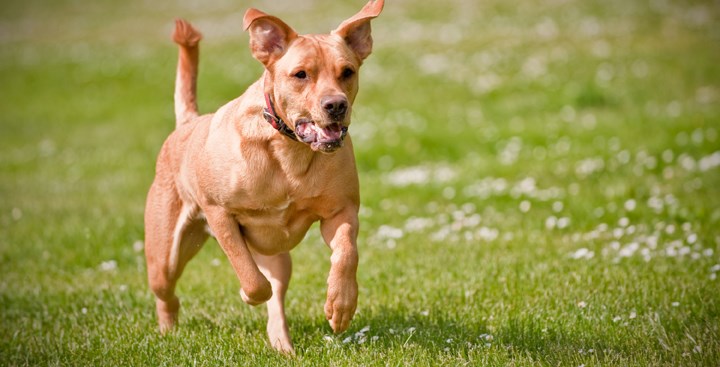 Without a doubt, the most important command a dog will learn is its recall, otherwise known as coming when called.

But ironically, it is also one of the most difficult commands for a dog to learn. Well, let me rephrase that. A dog can learn to come when called just as easily and as quickly as it can learn to sit or lie down, but dogs tend to respond to their recall with far less consistency than other obedience commands.

One reason for this is because commands such as “sit” or “down” are static, which means a dog is required to be stationary in order to execute the command and is able to stay focused much more easily.

Unlike “sit” or “down,” the recall is a dynamic command. This means that motion is involved to execute it correctly and as soon as you add movement, you also add distraction. A moving dog is distracted far more easily than a stationary dog.

The second reason, which really should be the first reason because it’s the only reason in the big scheme of things, is that the dog simply does not want to come when called. And the reason it doesn’t want to is because of human error. And what is this error, you ask? It’s not just one, so hold on and pay attention.

Let’s take an off-leash hike as an example. When an owner calls their off-leash dog, often they will do nothing when the dog does not respond. The error here is that they just taught their dog to ignore them.
Training tip No. 1: when your dog does not respond when you call it, go and get it! Do not make human error No. 2, which is to repeatedly call the dog, shouting its name louder and louder.

Training tip No. 2: when you do this, you are again teaching your dog to ignore you until you start to sound like a raving madman. Only then does the dog lift its nose from the base of the tree to see what the heck you are screaming at, which leads to human error No. 3: praising the dog, even offering a treat when it does this.

Training tip No. 3: the dog did not respond to the recall, it heard obnoxious sounds coming from the direction of its owner, and that perked its interest. It did not come when called, yet the owner thinks the dog heard the recall, rewards the dog, and will very likely do the exact same thing the next time therefore reinforcing the dog ignoring the recall. Silly human, smart dog.

Humans make a lot of mistakes before they change their ways. They are funny like that. They often repeat the same wrong behaviour many times expecting a different outcome instead of learning from their mistake the first time.

When you realize your dog’s recall is scoring an “F” and the only way you can get your dog’s attention on a walk is if you are wearing a Lady Gaga meat suit (Google it), it’s time to go back to the basics of training and take it slow!

A reliable recall takes time and the understanding that it is really, really hard for a dog to turn away from a scurrying squirrel or a group of dogs or (insert distraction of choice here).

You have to work very hard and slowly increase the level of distractions over time as well as improve your leadership so that your dog looks to you as a leader worthy of coming to when summoned.

No one likes to hear that their dog does not think they are worthy of coming to. But it’s the truth. If all you do with your dog is go for the occasional walk and feed it, you are the taxi service and the vending machine. There is no leadership-based relationship here.

When I work with a dog with a poor recall, I invariably spend the very first week teaching leadership skills to the owner and a simple back-to-basics training exercise for the recall, which is where this is leading. My next column will focus on leadership 101 and teaching a reliable recall.