A meme came across my social media page that caught my attention. It read: “Owning a dog is like getting a tattoo on your face, you had better be committed!” I don’t know who the author is, but it got me thinking.
Sep 3, 2017 7:36 AM By: Joan Klucha 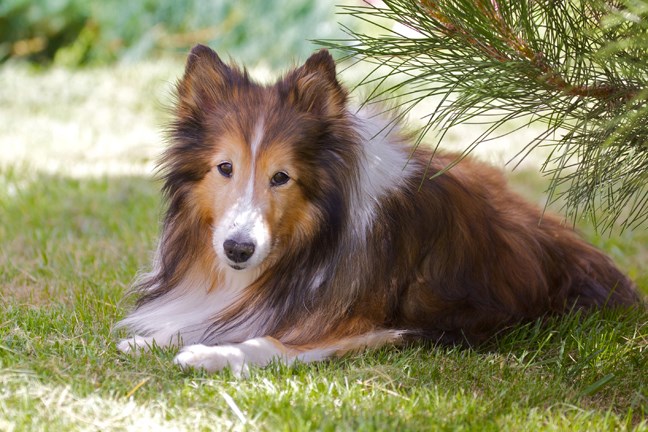 A meme came across my social media page that caught my attention. It read: “Owning a dog is like getting a tattoo on your face, you had better be committed!”

I don’t know who the author is, but it got me thinking. My first thought was, I have tattoos and yes, I thought long and hard before I got them, except for the one on my butt after a long night at the Roxy in Vancouver when I was in my 20s. Regardless of my impulsiveness at the time, I still don’t regret it as it does come with a funny story that involves a dog, a dolphin and a unicorn . . . anyhoooo.

The second thought was about being a committed dog owner and despite the best of intentions, life in the Lower Mainland is making it more difficult for people to be committed to their dogs for life.

With fewer affordable rental units available on the market, renters are being faced with heartbreaking decisions regarding their pets. When a pet owner is competing with a non-pet owner for a decent place to live, it is the pet owner who ends up losing out due to the ridiculous “No pets” or “No dogs” policy that is, in my personal opinion, a discriminatory policy. The result is that pet owners are often forced to surrender their pet in order to find a place to live.

To compound the issue and create even more instability in the rental market, there is the growing trend over the last few years of landlords giving renoviction notices to their tenants with the intentions of increasing rent beyond the yearly allowable amount, or turning the suite into an Airbnb. In either case, renters with pets are left with even fewer stable rental options.

If we are as progressive towards animal welfare as we let the rest of this country believe we are, we need to change our regulations for renters with pets and it needs to be done now!

Because as it stands we are a group of hypocritical animal lovers who are outlawing whales in captivity, don’t want to see chickens in cages but seem to be OK with people being forced to surrender their beloved companions to cages in shelters as they try to provide a roof over their heads. The hypocrisy continues as elected officials with political agendas back the animal rights activists, but do nothing to support owners of companion animals being dropped off at shelters due to the current discriminatory rental regulations of allowing landlords to refuse to rent to pet owners.

When people bring a dog into their lives, I do believe they have the best of intentions and want to provide a good life for their dog. Studies have shown that people who share their life with a dog have a better quality of life than those who don’t. They are happier and healthier. But when faced with ridiculous rental prices, non-refundable damage deposits, the irresponsible actions of previous tenants, or pure greed, the pressure and stress alone forces dog owners to make heartbreaking decisions that not only affect the quality of life and well-being of the dog, but the quality of life and well-being of the person as well.

It should not be that way. As a province and an animal loving community that seems to take pride in itself for standing up for the rights and welfare of animals, we are overlooking and even ignoring our companion animals and their owners who are doing their best to remain committed.