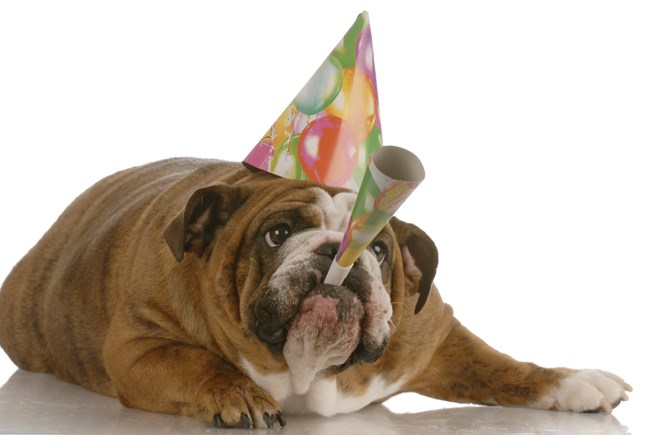 It just wouldn’t be Christmas if I didn’t write about puppies as presents. It has become a tradition it seems to see at least one of my columns within the month of December devoted to discouraging people from bringing a puppy home during the yuletide season.

You would think that after me, and many others such as veterinarians, breeders, rescue groups, shelters and trainers expressing concern as to the pitfalls of Christmas puppies, that people would actually reconsider and wait until after the holidays to entertain the thought of adding a four legged family member to their life.

Just in case you didn’t know, puppies do not come housebroken. Doing their business outside is not akin to breathing.

The only natural thing a puppy comes with is to not poop and pee where it eats and sleeps, which it learned from its mother. Everywhere else that is not its bed or food bowl is fair game, including your cream coloured wool carpets.  Also, there are no sirens that go off to alert you when your pup has to go to the bathroom.

This means that you have to establish a house training schedule for you that involves monitoring your puppies whereabouts 24/7.

If you have plans for lounging by the tree with an eggnog latte Christmas morning … think again.

Your Christmas morning will now involve hovering around your pups every move, taking it outside the moment it wakes in the morning, after it eats, after it drinks, after it plays and after it has a nap.

Thinking you might be able to sneak in a bite of eggs benny and sip a mimosa while pup wanders off down the hallway?

Well, not so soon Dasher, because that is the exact moment that your pup decides to unload morning poop number two on your bathmat!

Now, here’s another twist of peppermint on your candycane.

If that cute Christmas pup was taken away from its mother too soon, as most designer puppies are, then you have a whole other can of worms to deal with because it is likely that your designer pup never learned to not do its business where it eats and sleeps.

Now that’s a pretty picture to wake up to Christmas morning huh?

It takes anywhere from two weeks to two months or more to train a pup to do its business outside.

And their success is directly related to the number of mistakes it has in the house. The more mistakes, the longer it takes.

If on Christmas Eve you have visions of a social hipster canine instead of sugar plum fairies dancing in your head then you had better start socializing your pup asap!  Socialization starts now.

If you think you can shut your pup away in the laundry room, crate or basement until New Years Day and the start of your resolutions, you are confusing your puppy with a stuffed toy.

The confidence and behaviour of your puppy is directly related to the quality of time you spend with it.

Improper socialization results in poor social skills, lack of impulse control, and aggression, none of which are welcome in any trendy canine social scene.

When puppies are not peeing on the carpet or eating your favourite shoes they are actually a lot of fun. But they will age faster than you want them to, become arthritic, develop warts, lumps and slow down on walks.

You are ethically and morally responsible for your pup for its entire life. This means that if you are the type to toss out the old to make way for the new then I’d suggest you consider the stuffed toy version instead of the real deal.

If you can’t make these sacrifices over the holidays to ensure the best start for your pup, then please wait. Wait until you have the time, energy and maturity to bring a dog into your life.

Joan Klucha has been working with dogs for more than 15 years in obedience, tracking and behavioural rehabilitation. Contact her at k9kinship@gmail.com