Urban sprawl in the Lower Mainland has led to the urban crawl of rodents. Those pesky, beady-eyed critters can be found scurrying about our neighbourhoods this time of year, looking for an easy meal ticket.
Oct 16, 2018 3:55 PM By: Joan Klucha 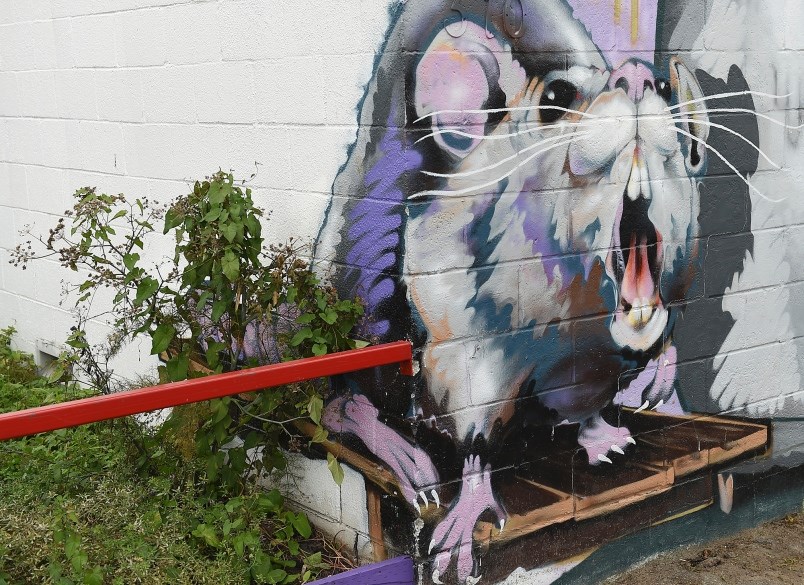 Urban sprawl in the Lower Mainland has led to the urban crawl of rodents.

Those pesky, beady-eyed critters can be found scurrying about our neighbourhoods this time of year, looking for an easy meal ticket.

No, I’m not talking about our political scene, I’m talking about real rats. The rodents responsible for spreading leptospirosis – a liver- and kidney-damaging disease – through their urine.

Rats also spread salmonella and E. coli, never mind the ticks, fleas and mites that use the rat as a host to feed off of and, of course, bite our dogs!

Their invasion of garbage makes more of a mess than raccoons and when it comes to our homes they can chew through the 2x4 studs in a house! And as the weather cools those rodents will start crawling into warmer areas, like our homes. This also leads to another problem: the use of rat poison, which puts our dogs and cats at risk.

Our pets are not necessarily at risk of being attacked by a pack of marauding rodents, but rather from the poison we set out to rid our dwellings of the beady-eyed beasts.

While poison tends to be the quickest and most effective way to eliminate a rat infestation, the chances of our dogs also getting poisoned are high, either from directly ingesting the poison or indirectly from eating or licking a dead poisoned rat or eating their feces.

Dogs do not show the symptoms of rat poisoning right away. Depending on the type of poison, a dog can show symptoms three to seven days after ingesting the toxin.

The same amount of poison that kills a two-pound rat within an hour can take days to kill a 60-pound dog. Smaller dogs would obviously be quicker. What this means is that if your dog gnaws on the rat that crawled under the fence from your neighbours garage, looking for a place to die on a Tuesday, the effects of the poison might not show until four days later. Then when you are walking in the park and Fido chows down on a discarded apple core, you then think someone laced the apple with poison when it was actually the poisoned rat from your neighbour’s or even your own traps.

Depending on the type of poison used, signs of rat poisoning can vary. The most common type of rat poison is an anticoagulant, where basically a rat bleeds to death fairly quickly. Your dog can suffer the same fate but at a much slower rate so be aware of some obvious signs of this type of poisoning:

Another common type of rat poison may present different types of symptoms. Cholecalciferol increases the amount of calcium in the body leading to kidney failure. Signs of poisoning are:

Bromethalin is another type of rodent poison that works by causing the brain to swell, (cerebral edema) and signs of poisoning are

As you can see every type of poison leads to one outcome: death. If you suspect your dog has been in direct or indirect contact with rat poison veterinary care is essential and should be sought immediately if any of these symptoms are present.

Our dogs and cats are not the only victims of rat poisoning. Owls, hawks, eagles and osprey are birds of prey that do an excellent job controlling our rat population but they are also susceptible to being poisoned, just like our dogs, from ingesting a poisoned rat.

What are your options to control the rodent population in and around your home?

Well, the trusted snap trap works very efficiently but make sure Fido’s nose or paws can’t get close to it.

If that does not appeal to you then consider contacting a professional extermination company that can take care of the issue, give you options for future pest control and keep your pets and the raptors safe and sound.