Socialization – or the lack thereof – is what determines a dog’s behaviour as an adult. It begins at about three weeks of age (when pups begin to become mobile enough to interact with litter mates) and ends at about 14 weeks.
Feb 3, 2017 12:30 PM By: Joan Klucha 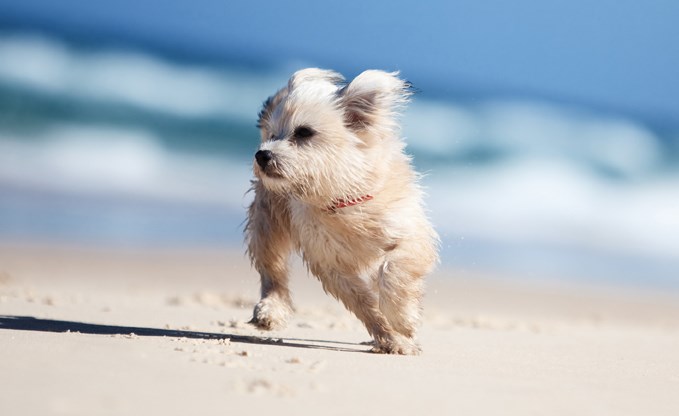 Socialization – or the lack thereof – is what determines a dog’s behaviour as an adult.

It begins at about three weeks of age (when pups begin to become mobile enough to interact with litter mates) and ends at about 14 weeks.

A new puppy owner anticipating life with their new dog may be tempted to bring the puppy home as soon as it is weaned from its mother, hoping to get a jump start on its learning. But humans are a poor substitute for a pups’ mother during this stage of development. Just because the mother is no longer nursing doesn’t mean that her job is done.

In fact her job is just beginning as she takes on the role of canine educator in charge of socialization skills that can only be taught by mom and other litter mates.

It may be agonizing to wait, but a puppy brought home before eight weeks of age is destined for behavioural problems. There are important life skills a dog owner just can’t teach as well as mom, starting with bite inhibition.

Bite inhibition is when a puppy learns how much pressure to apply to something in its mouth. Mom’s job, as well as a puppy’s litter mates, begins the early task of letting that puppy know when and how much mouth pressure is appropriate during interactions such as play or gaining access to resources.

When a puppy applies too much mouth pressure the mother will yelp, growl, snap or even nip the puppy to say “Hey!  That is too hard!” The other pups in the litter will do the same thing. When puppies go to their new human home, they immediately begin investigating things with their mouths, including our hands.

A puppy that was taught well by mom will start his investigation with gentle mouthing but it is up to the humans to teach the puppy that hands (or any other body part) in mouths are off limits.

Pups who lack interaction with their litter mates and mother by being removed from the litter before eight weeks invariably lack impulse control. They tend to overreact to the slightest challenge or stressful situation and have difficulty calming down after a stressful event.

Mom’s role is her ability to keep her puppies calm with her maternal assertiveness. Her calm presence and benevolent corrections help the puppy learn that bad things can happen but it’s OK.

A lack of the mother’s calm assurance can also lead to separation anxiety.

Aggression is another problem with pups removed early from the litter. Their inability to tolerate other dogs and humans can lead to the aggression and fear of other dogs and potentially humans due to the absence of confidence, which is built through adequate litter mate interactions. A pup that lacks this valuable lesson will also develop food aggression and resource guarding issues.

Pups who have been removed from their litter before eight weeks of age also have a difficult time understanding basic social behaviours from other dogs.  Early play with litter mates allows them to learn the cues of a dog that wants to play and a dog that wants to be left alone.

These play and social skills help them assimilate into transient social groups. They basically learn how to be a dog and how to talk dog!

Current research suggests that the optimum time for pups to bond with their human is between the 8-10 week age because they are more curious about their surroundings and confident enough to form healthy attachments to their human caregiver.

But once the pup comes into the new caregiver’s home it is the owner’s turn to take over the socialization wheel. (I will review this in my next column.)

Waiting until a pup is at least eight weeks of age is the first step in ensuring a balanced and well adjusted adult dog.

Joan Klucha has been working with dogs for more than 15 years in obedience, tracking and behavioural rehabilitation. Contact: k9kinship@gmail.com.