CANINE CONNECTION: If the student is ready, the dog will teach

I often find myself repeating this saying to dog owners: “You never get the dog you want, you get the dog you need.” Those words of advice always trail a difficult training situation between a dog and its owner.
Nov 25, 2016 2:58 PM By: Joan Klucha 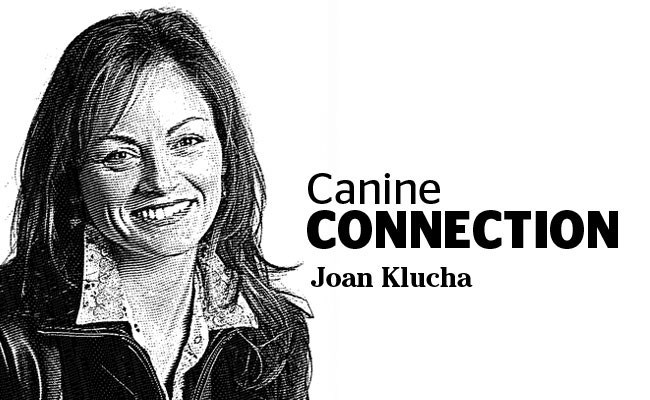 Those words of advice always trail a difficult training situation between a dog and its owner.

My life as a dog trainer is not as glamorous as people might think. The idea that I play with dogs all day long is far from the truth.  The truth being that I spend most of my time with people, fixing problems that humans have created due to their lack of understanding of canine behaviour.

For the most part the training is successful because when someone contacts me, they are pretty much at wits’ end and very willing to accept the changes that need to take place in order to modify their dogs’ behaviour.

But there are times when things don’t go as smoothly as planned.  Especially when people are not able to, or don’t know how to take responsibility for, the changes they need to make in their own lives to change their dogs’ behaviour.

When this internal human conflict needs to be sorted out the dog becomes the sage by exhibiting behaviours that are viewed as troublesome but are meant to force an owner to make necessary life changes.

Over this past summer I began working with someone whose young dog was causing her great distress.  This person was also a victim of an identity theft scam.

On the advice of friends, the young woman got a dog with the intention of feeling more secure. But the dog had a different idea. In the presence of his new owner the dog was … a nightmare. It was obnoxious! It would jump on, bark at, and bite the owner. And when let off leash the dog would run away as fast as it could.

Yet when I took the dog for a walk, it was good as gold. The dog showed not one sign of the obnoxious behaviours with me but the scratches and superficial bites on the owners arms and legs told a different story.  It was clear to me that if the owner wanted to keep this dog she had to get her self-confidence back and in a hurry. This dog was forcing her to face every fear that developed as a result of being a victim of a crime and, most likely, long before that.

To the owner’s credit, she was not a quitter and was determined to give this dog a better life. Ironically, that decision put her on the road to a better life as well.

The training task was simple, it was all about leadership, setting boundaries, tough love, and learning to say no without feeling guilt.

The owner had to step up her game in life by not allowing the dog to walk all over her.

She implemented a 100 sits a day game where the dog has to sit for every single thing that it does or wants.  As she became more confident managing her dog, her dog made better choices and treated her respectfully. As the owner’s confidence grew with her dog, she also stopped letting people walk all over her.  She got the dog she needed, not the dog she wanted but now has a dog and a life she loves.

Its not just the difficult dogs that teach us life lessons but all dogs of all ages and temperaments.  Some of the lessons are deep spiritual ones, some are emotional and some are as simple as how to live one day at a time.  The key is not to look at the dog and ask, “What are you teaching me?” but to look within ourselves and ask, “What is it that I need to know?”

If you are humble enough, you will hear the answer.