Things have taken a bit of a turn in my canine home over the last few weeks. My German short-haired pointer, Piper, has been showing his 12 years of age along with the normal, albeit heart-wrenching, deterioration of health that accompanies his age.
Jul 25, 2016 9:09 AM By: Joan Klucha 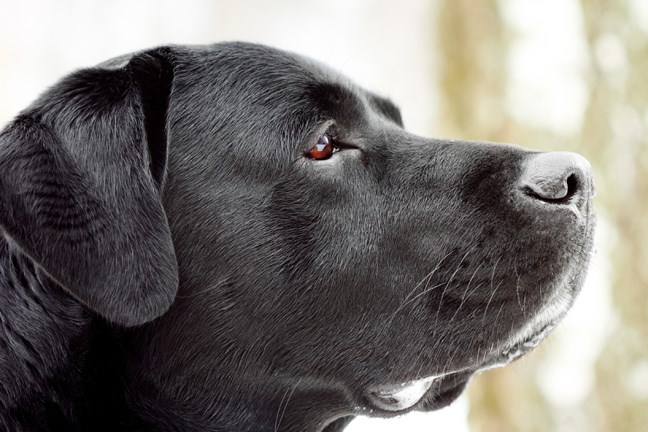 Things have taken a bit of a turn in my canine home over the last few weeks.

My German short-haired pointer, Piper, has been showing his 12 years of age along with the normal, albeit heart-wrenching, deterioration of health that accompanies his age.

He’s not standing at the gates of rainbow bridge quite yet, but the signs that he has been looking in that direction are hard to ignore.

I love this dog so much. So much so that it’s hard to type these words without welling up in tears. Like all the dogs that have passed through my life, he entered mine at a time that I needed to learn a life lesson – one that only he was meant to teach. And with Piper, it was to slow down and live!

Given the fact that he is a German short-haired pointer, a breed known for its exuberant athleticism, it is somewhat ironic that his lesson was to slow down instead of hurry up. But he was never the erratically busy type. Being big for his breed, he was always the gentle giant and the type of dog to stop whatever he was doing to smell the roses.

He hates to swim, but he loves to wade. He wades and stops, sniffs the water, and looks out over it to watch the seagulls fly by. He lives every moment as if joy is exploding in front of him, and he is mesmerized by it.

His favourite place is the porch. No matter where we lived, he found the best viewing spot where he would spend the day unapologetically just watching the world pass by.
I imagine our conversations, if we could actually speak a common language.

Me: “So Piper, what did you do this afternoon?”

He shamelessly spends hours watching the graceful swoops of barn swallows, the dizzy flights of dragonflies, and the frenetic scurrying of rabbits from one bramble bush to the other. When there is no activity happening, he just watches. When I come and sit by him to share his view, he turns and looks at me with his big grinning honey-coloured eyes as if to say, “Doesn’t the air look pretty today, Mum?”

Did I mention how much I love him?

His ability to enjoy every moment to its fullest is enviable, even if those moments involve nothing but “being.”

Our walks have taken on a new routine. I seek out places with tall grass as he loves it when the blades gently rub across his face and body as he toddles through. With eyes half closed and mouth open, his expression is pure bliss as he enjoys this loving massage from Mother Nature herself. It’s another opportunity for me to watch him unconditionally in love with a moment in life. I revel in his ability to be so in love with everything.

At this moment he is sleeping in the shade on his outdoor bed on the porch of course (don’t panic, it’s a sunny 22 degree day). In fact, he has been sleeping since we got back from our walk this morning at 11:30 a.m. He didn’t eat his breakfast, nor did he show interest in his lunch or afternoon snack. I now feed him a few small meals throughout the day, instead of his former two large meals a day, to help maintain his weight and consistent energy levels. It’s not a good day in the eating department so far, but I hope he will have an appetite for his special diet of cooked human-grade meat, organic veggies and turmeric. The homeopathic remedies that my veterinarian prescribed seem to kick in during the latter half of the day, so his appetite will return by late evening.

It would be easy to start to panic right now and start thinking the worse, but the lesson he imparts – to slow down and live – has been learned well, so I take our time together one day, one moment, one breath at a time and I am grateful for every one of those days, moments and breaths.

“There is more to life than making it go faster,” is a quote from Wayne Dyers’ book Being in Balance. And Piper has been, and still is, my greatest teacher of that lesson.