When it comes to exercising our dogs, the one-size-fits-all model does not apply. Not all dogs require the same amount of exercise and the dogs you’d think require the least may in fact require the most and visa versa.
Jan 31, 2018 11:22 AM By: Joan Klucha 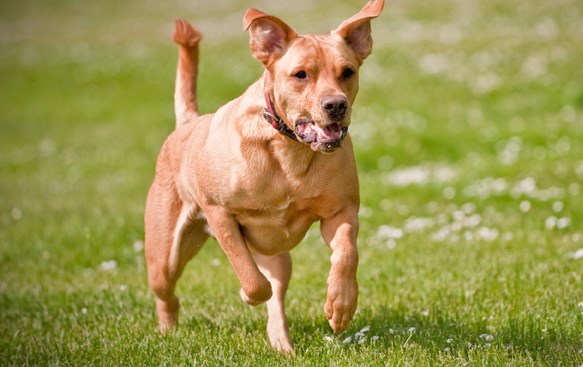 When it comes to exercising our dogs, the one-size-fits-all model does not apply.

Being a physically active person, I seem to have a fondness for high energy dogs. Yet as I tip toe into my fifth decade of life I find myself questioning this fondness while I rub arthritic creams into those toes.

To be clear, high energy should not be confused with hyper energy. A high energy dog is a dog that has been genetically designed through selective breeding to have the physical stamina to endure hours upon hours of forward movement with little to no decrease in their focus to work.

Hyper, on the other hand, is a dog that is mentally over-stimulated due to a lack of exercise and lacks mental focus due to this imbalance.

My pack consists of a three-year-old German shorthaired pointer and a five year old border collie crossed with an Australian cattle dog. Both have been described as bottle rockets when it comes to their energy level.

One would assume that I spend my entire day exercising these two, but I don’t because there is no need. I am not training them to be elite canine athletes but rather to remain fit to ensure optimum health in their later years.

I set aside an hour for their physical energy needs every day, rain or shine. When I have the time, we go for longer hikes and sometimes, when I am busy, we go for less. It is more important that their walk be of quality rather than quantity. Not only are they stretching their lungs and moving toxins out of their muscles, but I am working with them mentally by challenging them with obedience commands and search commands along the walks. Their walks are well rounded; not just an hour of full on running.

Most high energy dogs require at least an hour of exercise every day.

High energy dogs are your typical herding or hunting breeds including mixed breeds with hunting or herding genes. But those small breed dogs can also be high energy.

Many people who get small dogs seem to think a little dog equals little exercise.

Au contraire. Many small breed dogs classified as hyper who display obnoxious behaviours along walks could do with more exercise, a lot more.

There are exceptions to the little dog/big dog exercise rule and that would include all dogs classified as brachycephalic. Flat faced dogs are – due to human design – cardiovascularly challenged. Humans seem to think a flattened face on a dog is cute and far more desirable than the ability to breath and eat normally.

These dogs have to be monitored for cardiovascular distress under all forms of physical activity, even walking up a set of stairs can cause these poor dogs to
exert themselves.

On the other side of the spectrum are the super large breed dogs. The mastiffs of the canine world are also deceiving. Many people see these behemoths and think they’ll need exercise for days!  But these dogs were not built for speed, but rather brute strength.

They are the beasts of burden of the canine world and meant to carry, or pull, heavy loads over a short distance to ease the burden on humans. They are not the sled dog type but rather the oxen type. Slow and steady works best for these big dogs.

I am a big advocate of mental activities such as nose work and tracking for all dogs, not just bloodhounds and hunting dogs.

All dogs have a desire to use their nose and when you exercise a dog’s nose you exercise their brain!  It really is a fantastic and fun way to burn off extra energy in a short amount of time for dogs of all shapes and sizes.

In my next column I will delve a bit deeper into the various activities available for dogs.