The Napa Valley of the North

When John Skinner, proprietor of Painted RocK discovered the perfect property to situate a winery, it was like the writing was on the wall.
Nov 8, 2018 6:11 PM By: Natasha Daly 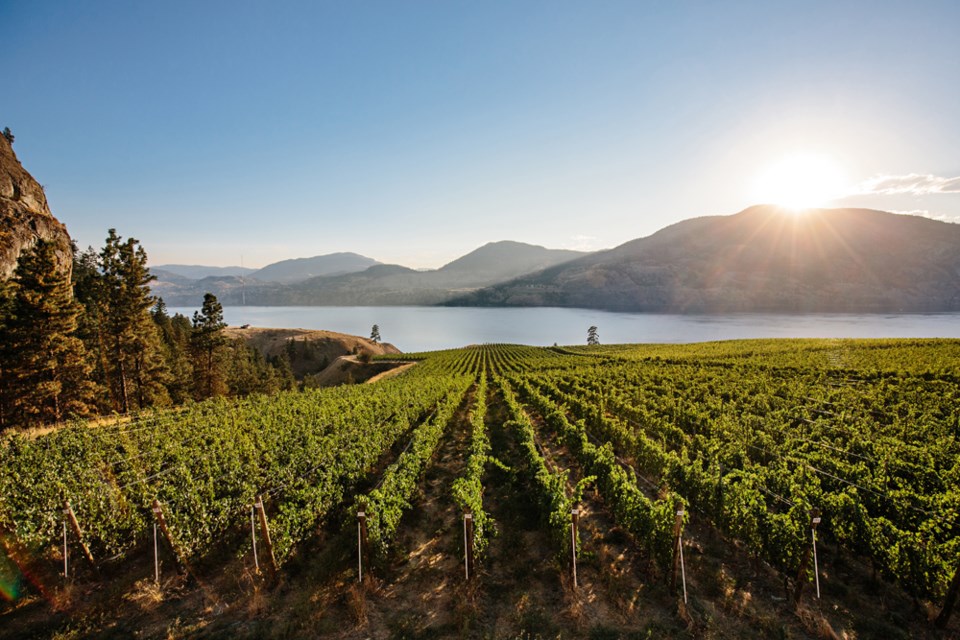 When John Skinner, proprietor of Painted RocK discovered the perfect property to situate a winery, it was like the writing was on the wall. Beginning his search in 2000, he knew the property he purchased needed to tick all of the boxes; he would take his time, the perfect piece of land was out there waiting for him in the wine region known as the Napa Valley of the North.

Finally, in 2014, after four years of searching, a 60-acre fallow apricot orchard resting on a bench that overlooks Skaha Lake near Penticton caught his attention. Once the largest apricot orchard in the British Commonwealth, the property was the perfect micro-climate for a vineyard, and after the painstaking year-long work of removing the apricot trees one by one, Skinner was ready to plant 25 acres of varieties of Syrah and Bordeaux reds, as well as a little Chardonnay.

But beautiful wines are not the only treasure this property has revealed. In 2005, a group of Painted Rock staff members discovered ancient pictographs hidden away on one of the ridges of the property. These pieces of ancient art are very similar to the pictographs found at the Braeside site, which runs along the shore of Skaha Lake, and are thought to depict successful hunts of the indigenous tribes in the area at the time. So it wasn’t a surprise that this culturally significant find helped inspire the name Painted Rock.

A former Vancouver-based stockbroker, and now one of the most aggressive Canadian wine exporters, Skinner’s vision is to put the local wine region on the international map. He brought Okanagan wines to the international market, proving that Canadian wines can compete with some of the best wineries in the world. Painted Rock can be found in Europe in Bourdeaux, Brussels, and Frankfurt along with a growing list of countries including China and Japan. In London, Painted Rock holds a place on the wine list at one of world’s best restaurants, The Clove Club, which earned its Michelin Star in 2013.

“My top priority now is educating the world on the word ‘Okanagan,’ not just Painted Rock, but the entire Okanagan region,” Skinner says, which inspired him to organize the first Canadian Wine Initiative in London in 2013. A total of 34 Canadian wineries took part in the 2018 Canada House tasting in Trafalgar Square.

Skinner is now joining forces with members of the recently founded Okanagan Wine Initiative, a group of seven Okanagan wineries with the common goal of working together to introduce their vintages to the global market. “The goal is to work together rather than compete against each other, to create a strong community of passionate winemakers who are willing to pour one another’s wine and support one another.”

Working together is the best way the Okanagan wine region can create the name it deserves, Skinner believes. With the quality of the grapes and the world-class wines coming out of the region, the Okanagan Wine Initiative could be close to their goal, as the international market takes notice of the talent in British Columbia.