There is an inescapable paradox at play in the notion of craft production. It is like the beloved local indie band that creates a hit single and then ends up filling stadiums on the next tour.
Oct 28, 2019 3:30 PM By: Chris Dagenais 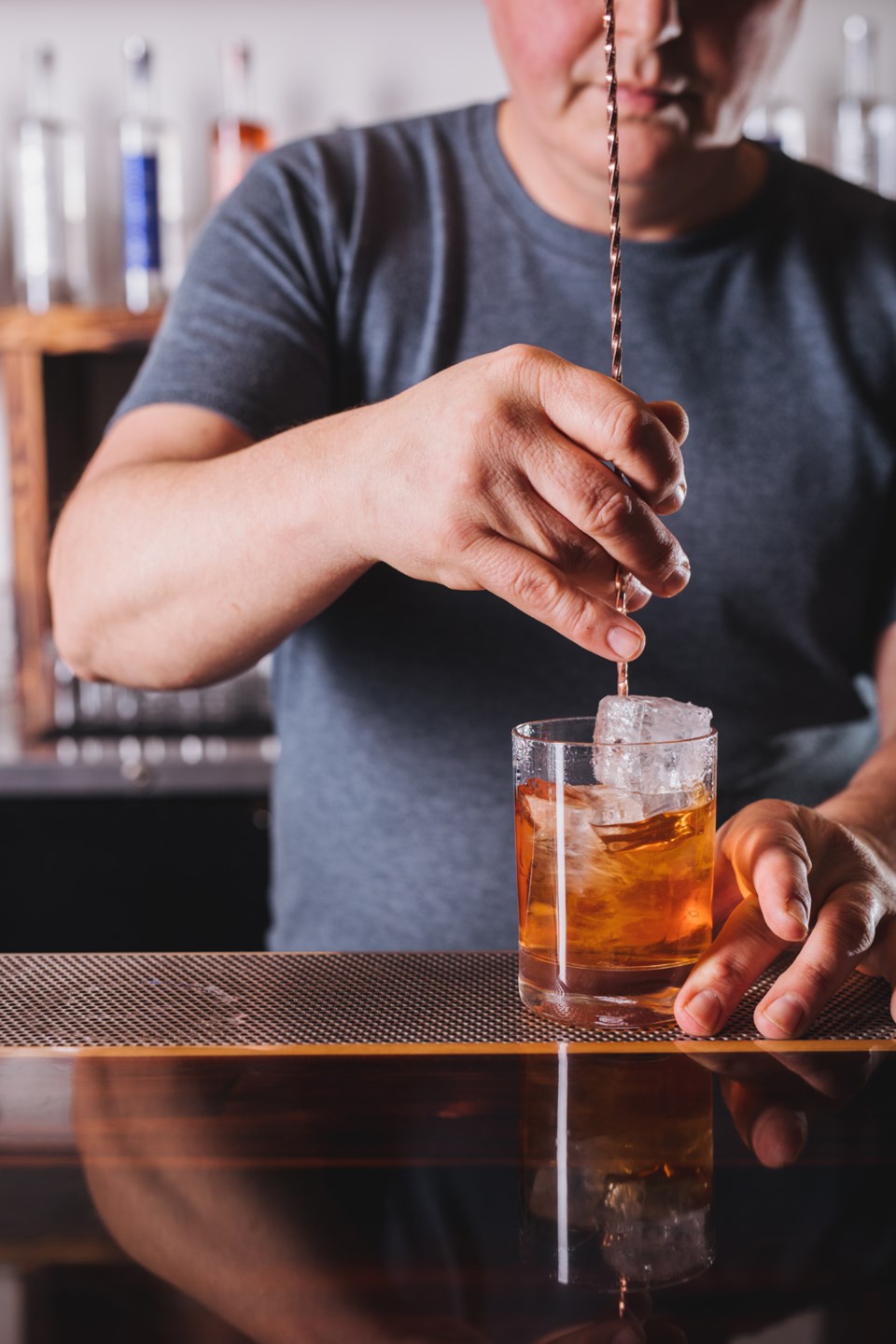 There is an inescapable paradox at play in the notion of craft production. It is like the beloved local indie band that creates a hit single and then ends up filling stadiums on the next tour. “Sellouts!” we cry, too cool to support them now that they are popular. “It used to be about the music, man.”

Make something cool, people like it. Too many people like it, your thing is not cool anymore. It is a philosophical minefield that makes artisanship a tough gig.

It is against this paradox of popularity that Resurrection Spirits seeks to reignite or, using their own vernacular, bring back from the dead, the art of character-driven, small-batch production. Resurrection Spirits co-founder Brian Grant characterizes this movement as the second generation of craft distilling in B.C.

“There already was a craft distilling scene,” Grant says. “But as those earlier distilleries became more popular they were either bought up by giant corporations or they changed their production processes to be much less hands-on. They lost their identities.”

Through their stylish East Village operation Grant and his team are resurrecting a deep sense of place, of unmistakably local identity, that was once inherent in the distilling arts.

As a Canadian distillery, Resurrection has taken ownership of a distinctly Canadian spirit: rye.

Their signature white rye is Resurrection’s antidote to the craft vodka meta-trend. Vodka is a spirit that is celebrated, ironically, for its lack of character; the perception is that great vodka should taste like absolutely nothing. Selling that concept in a market already rife with examples of high-priced nothingness requires Apple-level marketing budgets and hip-hop star endorsements, which are untenable for an independent operation buying expensive local grain.

Instead, Resurrection infuses a pride of place in a lineup of spirits that is flavour-forward, offers unique expressions of organic B.C. rye grain, and is designed for the thriving cocktail scene.

The fruits of this approach are evident in the distillery’s bustling East Vancouver tasting lounge, a late-week hotspot that is contributing to the development of a Vancouver Distillery District, the relatively tight rectangle framed by Lakewood, Powell, East Hastings and Clark streets, already home to libation-focused operations and trend-setting eateries.

On a recent Friday, beads of condensation trickle down the sides of a Rock & Rye cocktail featuring the distillery’s signature white rye, ginger cordial, citrus zest, bitters, and apricot liqueur. Despite the ingredient lineup, the star here remains the rye, gently tempered by the citrus and apricot, but shining through with a fiery spiciness and pleasantly numbing, 90-proof punch.

The bar is a coveted space. Minimalist wooden cube shelves against the back wall and the bar’s wooden accents (courtesy of design studio neighbour Nakedwood) provide an organic platform for Resurrection’s rye-riffing spirits, while the back bar houses other distillates from both down the road and far abroad for blending into cocktails.

Ornate crystal decanters serve as lampshades and hang from the impressively high ceiling. Through the giant-glass paned wall at the far end of the room, the high-polish copper-pot still and stainless-steel tanks and kettles that comprise Resurrection’s backbone glimmer with promise.

We may be at the forefront of the country on the craft brewing side of the industry, but Vancouver’s distillation game is still nascent; it is an exhilarating time to be part of the scene as a consumer, getting early glimpses into the spirits that will redefine the Canadian landscape in the decades to come.