This photo from the 1930s represents the second generation of two pioneering families of North Vancouver: the St. John’s and the Galozo’s. Clarence St.
Jul 5, 2020 8:30 AM By: North Shore News 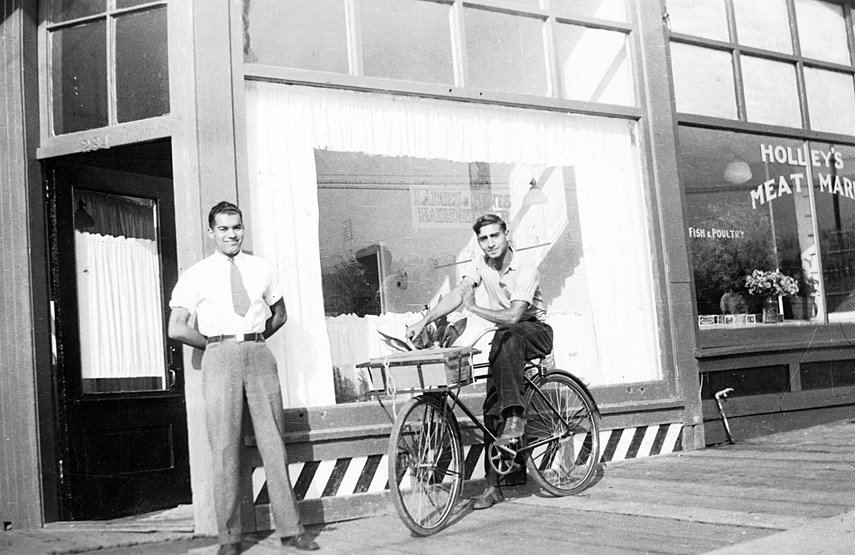 This photo from the 1930s represents the second generation of two pioneering families of North Vancouver: the St. John’s and the Galozo’s.

Clarence St. John (1912-1992) was a well-known barber and hairstylist in North Vancouver for more than four decades.

Here he is pictured in front of St. John’s Barber Shop, at 2345 Lonsdale Ave., not long after he opened the business.

Also featured in the photo is Jim (James) Galozo (1915-2011) on a delivery bike for T. Galozo Groceries. Galozo was born at the family home on the 400 block of West Windsor Road in North Vancouver. This location was home for the Galozo family for more than 100 years.

For more information about the history of the North Shore and to learn about the new Museum of North Vancouver opening in late-2020, visit nvma.ca and sign up for the museum’s e-newsletter at bit.ly/35MWr83.

Currently, the Archives of North Vancouver at 3203 Institute Rd. in Lynn Valley is open by appointment only. Contact: archives@dnv.org.