Along one section of Grafton Road, the girls collected at least 300 cans in one afternoon

Most weekends for the past couple of months, Bowen Island grade seven students and best friends Ela and Hadley and Hadley's younger sister Georgia have scoured Bowen Island roadsides, picking up all of the cans they can find.

“We were just bored one day, did a little bit and it was really fun,” says Hadley. 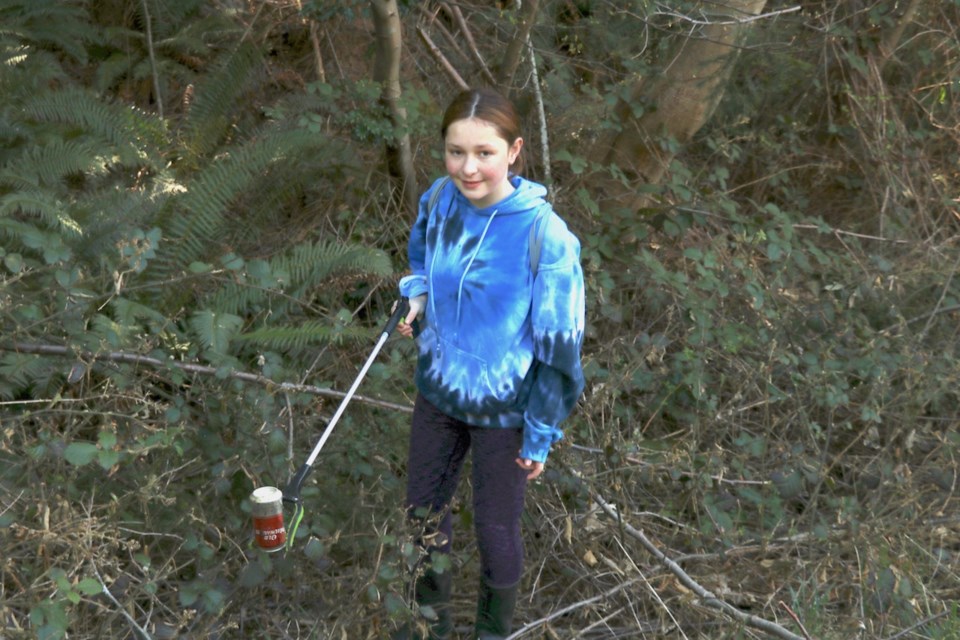 Ela spots an Old Milwaukee beer can down in a ditch. . By Bronwyn Beairsto

“You have to go really deep down into the ditch,” says Hadley.

“It’s just fun to go around and pick up cans,” says Ela.

Of the 1,234 cans so far collected, probably 90 per cent are alcohol cans. The most common cans are Budweiser and Nutrls, Hadley guesses.

Other items found along roadsides include pliers, a sawblade, yogurt containers, an old burn barrel, a chair and a mug. 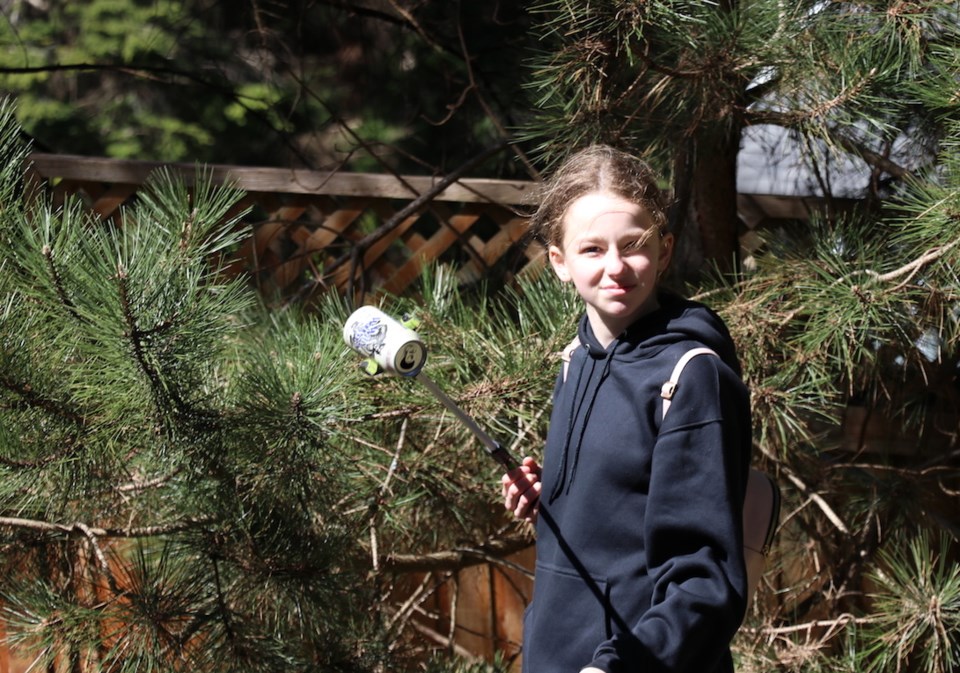 Hadley snags another beer can in Tunstall Bay. Ninety per cent of the cans the girls find are alcohol cans. . By Bronwyn Beairsto

At first the girls were picking up cans with their gloved hands but then one of Hadley’s father’s friends gave them garbage picking tools.

“Some people drive by [and] give us a thumbs up and say good job,” says Ela.

The worst stretch of road so far was between the bottom of Sunset Drive to Harding Road where the girls collected at least 300 cans in an afternoon.

But they’re not done yet; watch for Hadley and Ela next weekend in Bluewater, Scarborough and along Miller Road.