Each stitch dips into the past. Each stitch holds the future. Chepximiya Siyam’ Janice George’s love of weaving began when she looked at a photo that was old when she was a child.
Aug 22, 2019 11:19 PM By: Jeremy Shepherd 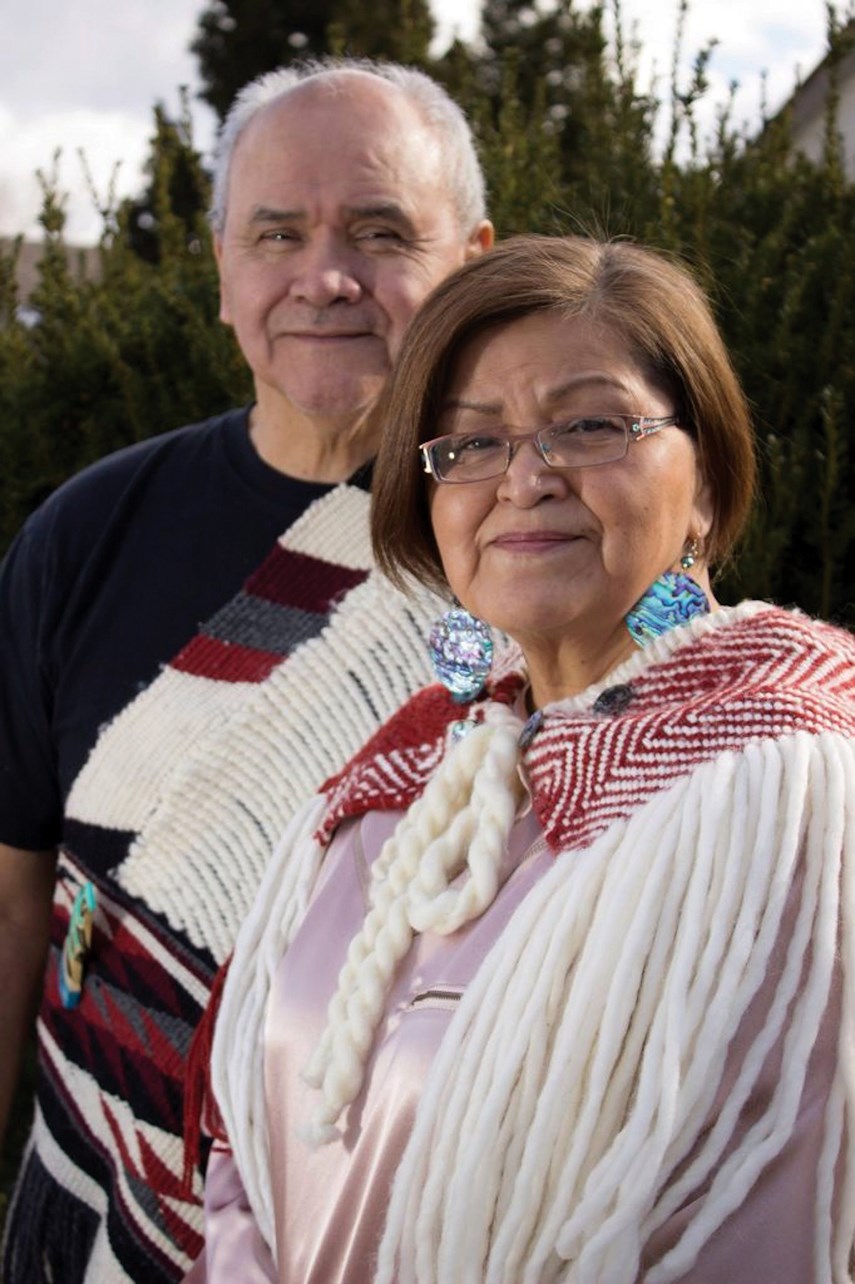 Chepximiya Siyam’ Janice George’s love of weaving began when she looked at a photo that was old when she was a child.

Chief Joe Capilano stood on the North Vancouver waterfront in 1906, flanked by a delegation of chiefs dressed in hand-woven finery.

Capilano, who once lamented the loss of natural abundance amid white settlers he compared to a “storm of locusts leaving the earth bare,” was on his way to Buckingham Palace to address Indigenous rights with King Edward VII.

What George saw in the photo was, in part, the fracture of tradition. She admired the weaving on display. She also knew that there wasn’t really anyone who did it anymore.

“I always wanted to learn,” she says.

George graduated from Capilano University and the Institute of American Indian Arts in New Mexico. She had an artist’s eye and a crafters’ nimble fingers. She just needed a teacher – and the right motivation.

In 2003, with Vancouver about to win the bid for the 2010 Olympics, George was concerned, she recalls.

“I, of course, was worried about how we’re going to present ourselves to the world.”

The Squamish Nation had one weaver in the community. “He wouldn’t be able to dress the whole nation for the Olympics,” she says with a laugh.

George and her husband Skwetsimeltxw Willard “Buddy” Joseph spent a year taking courses before teaching weaving and its history in their own community.

“People were just hungry for the knowledge,” George recalls.

It’s an exacting craft. Two yarns stretch one way, streaming past each other while another strand swoops behind. And as the design stretches and the wool tightens, geometric patterns are revealed.

The weavings are made for family, for friends in the community and for ceremonies, George says. George’s grandmother, who was in her 90s when her George picked up the craft, passed along foundational teachings, George explains.

“There’s just so many spiritual teachings that go along with the technical,” George says. “She taught us about what it means to wear the weavings. . . . How to be when we’re weaving, and who we can call on.”

For George, weaving is a form of “spiritual protection,” she explains.

George plans to share some of that history during her residency in the Blue Cabin from Feb. 15 to March 31, 2020.

“We plan to share our teachings . . . just so everybody can have an appreciation for what we do and our history.”

Once a bohemian refuge on the Dollarton foreshore, the Blue Cabin has been restored and will begin life anew as a floating artist haven in False Creek beginning Sunday.

“I can’t wait to be there,” George says. “I’m sure I’m going to have some great dreams there.”

In contemplating the home of an ancestors, George reflects on the precariousness of the environment today.

“What makes me sad is how much it’s changed,” she says, discussing the way the land’s been taken for granted.

The land was once teeming with life, she notes. Someday, she says, it could be again.

“Together we can all, one mind and one heart, take care of our land.”