Sewing the seeds of love one softie at a time

Gathered in a sewing studio behind Capilano Mall on a recent Pro D day, a small group of kids learned a life skill and a life lesson.
Mar 8, 2019 10:18 AM By: Maria Spitale-Leisk 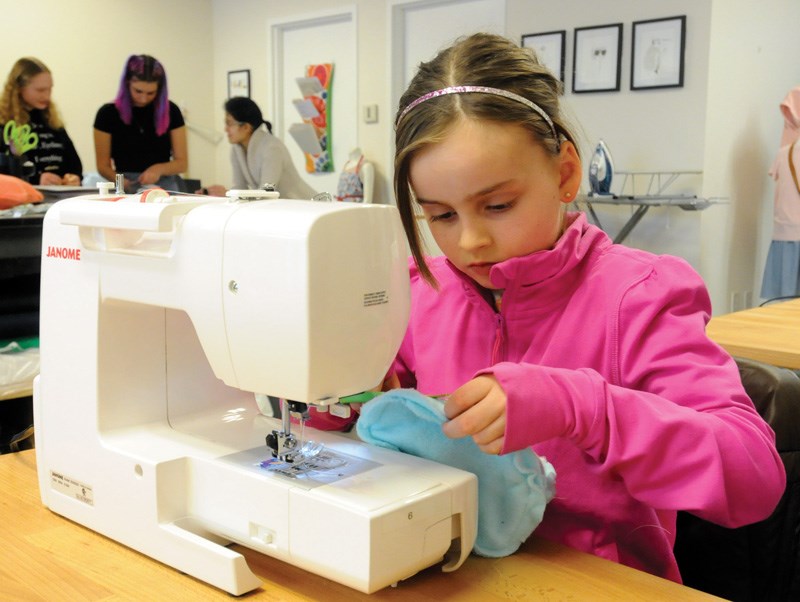 Gathered in a sewing studio behind Capilano Mall on a recent Pro D day, a small group of kids learned a life skill and a life lesson.

It was a simultaneous party for kids all around the globe to share their love of sewing – and to spread some cheer in the community.

“Some of them had never been in the studio but were just intrigued by the idea of making something to give,” says Made By Me sewing studio owner Christine Hambleton.

Hambleton was inspired by a crafter who runs a blog in Australia, called Coloured Buttons, and who once a year organizes a global sewing party for kids, called Sew a Softie.

The project was aptly held during the month of love – February – and linked to the Children’s Museum of the Arts in New York.

“It’s this idea that children all over the world will come together and make a softie or a stuffie and give it to someone in their community,” explains Hambleton.

“It’s to show children that no matter how small they are they can contribute to their community in some significant way.”

A goal was set by Hambleton to have her sewing students make 20 stuffies – one for each bed at two hospices in Vancouver, May’s Place and Cottage Hospice.

When the young crafters were told of the purpose for the Sew-a-Softie party on Feb. 15 and who the recipients of their handiwork would be, the students were taken aback at first, says Hambleton.

“The initial reaction was, ‘Why? Why would somebody want or need a stuffie in this situation?’”

Hambleton explained to the kids: “These people are in a hospice on the Downtown Eastside. They perhaps don’t even have family coming to see them. It’s just a little bit of comfort, and just to know that there’s somebody out there who cares about you.”

With newfound empathy, the kids got to work sewing pre-cut fabric into huggable bears, kittens and bunnies. One little boy designed his own star softie. All the kids learned how to use a sewing machine.

“A lot of them wanted to put hearts on their stuffie – which is really sweet. And a couple them even attached special notes,” says Hambleton.

Sewing is experiencing a renaissance among the younger generation, explains Hambleton.

“These kids have really embraced sewing as an art form. As a creative outlet, it’s something else other than painting or drawing or coding.”

Made By Me is hosting spring break sewing camps during which kids can create travel accessories, including an animal neck pillow, and warm weather clothing. More information is available at madebyme.ca.