When North Vancouver boy Aien Ghaziani saw a big red fire truck roll up to his house on his birthday, he could hardly believe his eyes.

The four-year-old is obsessed with firefighters and knows everything about them, according to his uncle, Zhoobin Ghaziani.

“He's always thinking about firefighting,” he said. “His room is full of fire trucks and toys to do with firefighting. He even knows the differences between the sirens of the fire trucks, ambulances, and police cars.”

Knowing how much his nephew loves fire fighting, Ghaziani thought he’d try his luck at getting Aien’s heroes from the North Vancouver City Fire Department to stop by his house on his birthday, July 17.

“It was unbelievable, because I sent them an email, and I was thinking ‘maybe yes, maybe no’– but then, exactly half an hour after, they called me and said they were coming,” he said.

He said Aien had no idea and they coaxed him outside by saying they wanted to take a photo of him in his new firefighter costume that his aunt bought him for his birthday.

Next minute, the firefighters from the C Platoon came out of the Ladder 10 fire truck with a big bunch of red and white balloons for little Aien, and his face instantly lit up.

“It was an amazing time for him,” Ghaziani said. “He was totally shocked.” 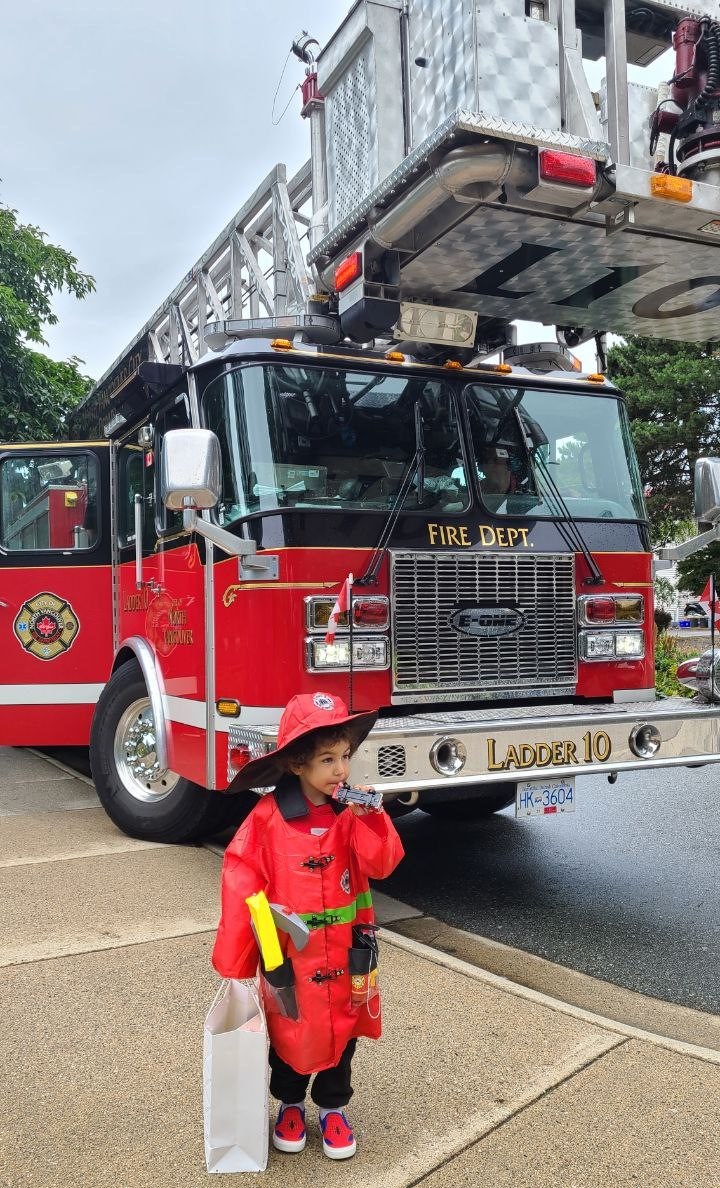 But that wasn’t all. The firefighters even had a special cake to give him, complete with a little fire station and firefighter badge on top. Plus, Aien was also gifted another toy fire truck to add to his collection.

Aien has been interested in fire fighting from a very young age, said Ghaziani.

“When he was two years old, we took him to the 13th Street fire department and he touched the tires of the fire trucks and he spoke with the firefighters,” he said. “That day was also amazing.”

“His mom cried after the event,” he said.

Ghaziani said now, Aien couldn’t stop telling everyone how his “friends” (the firefighters) came to his house for his birthday.

Aien has drawn the firefighters a very special picture to thank them for their visit, which he plans to give them this weekend.

Ghaziani said he didn’t know what would happen in the future or if Aien would follow his childhood dream to become a firefighter, but on that day the firefighters “truly impacted” his life.

“They cared about his birthday,” he said. “I think he’ll have a lasting memory.”

The whole experience was captured by Ghaziani and made into a video, so Aien can always remember. 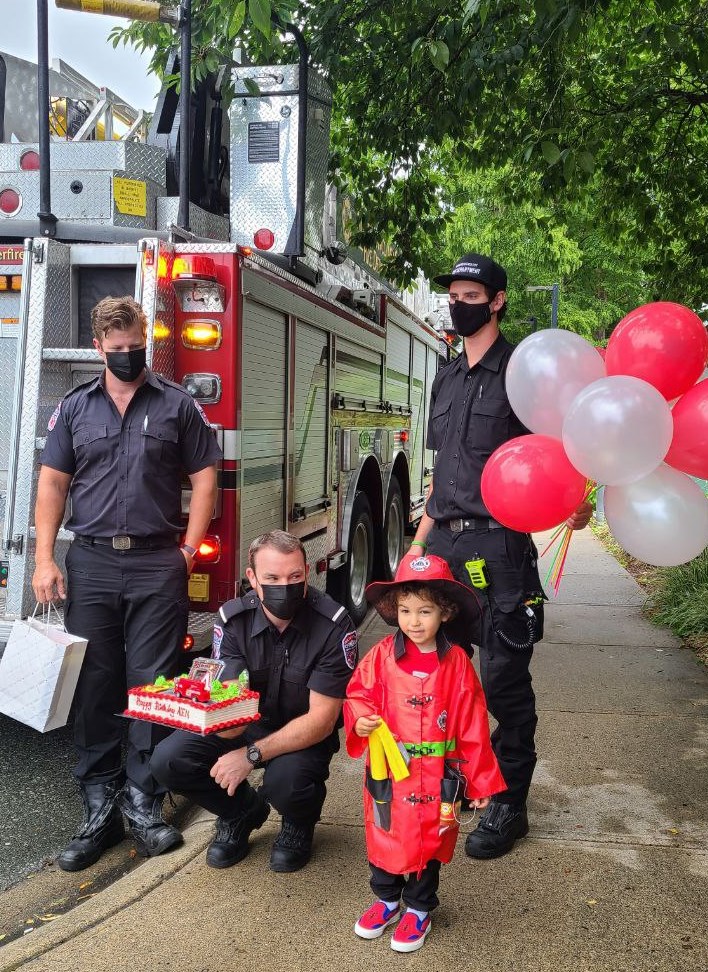 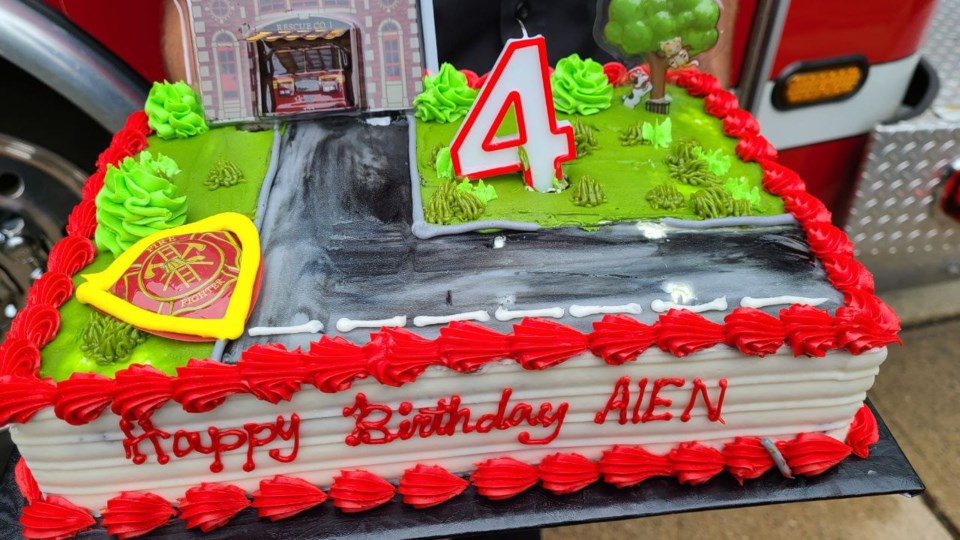