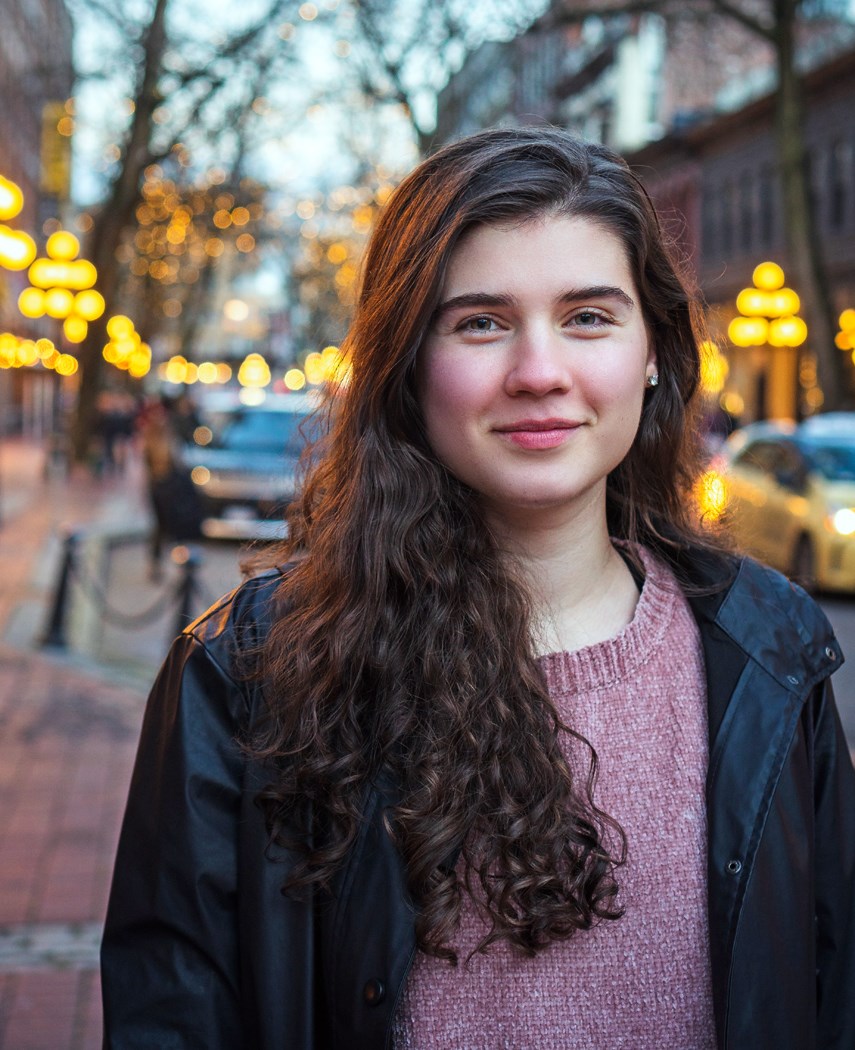 Julia Elson is representing North Vancouver at the 2021 Daughters of the Vote.courtesy Julia Elson
Even though she was studying chemical engineering, it took a while before Julia Elson first thought of herself as an engineer.

As a student at McGill University in Montreal, her chosen field of study happened to be in an area that was traditionally male dominated.

“I think it can be difficult to see yourself in a position that doesn’t feel like it’s meant for you based on a lack of representation,” Elson, who graduated this past December, told the North Shore News. “It was only until I had my first female professor in engineering that I could finally imagine myself in her position. An increase in female representation empowers women.”

It’s with this in mind that Elson applied for and was selected as a delegate for Equal Voice Daughters of the Vote this coming weekend.

Elson, who grew up on the North Shore and graduated from Ecole Argyle Secondary, will be representing North Vancouver along with delegates for all 338 federal ridings during the third annual Daughters of the Vote. The 2021 program is entirely online due to the pandemic.

Today (March 5), delegates representing their respective ridings will take part in a virtual mock Parliament and meet with their MPs in online sessions to learn more about the Canadian political system.

The objective of the program, which runs from March 5 to 8, is to expose 338 emerging young women and gender-diverse people to Canadian political institutions in order to inspire them and equip them with the knowledge to participate in the political sphere in the years to come.

Much like how Elson experienced a boost by seeing women in engineering, she believes that people like herself can gain a lot by just listening to and learning from those in politics as well as the other young women and gender-diverse individuals signing on from across the country.

“I believe this is one solution to a lack of female representation in politics in general,” said Elson. “My aim is to help people realize that everyone has a say at the table. All Canadians should feel like they have a part to play in Canada’s political system.”

Elson has already virtually connected with North Vancouver MP and Minister of Environment and Climate Change Jonathan Wilkinson before this year’s Daughters of the Vote.

During their Q&A, Elson asked Wilkinson about his day-to-day life as a member of Parliament. She also inquired about local policy priorities for North Vancouver.

Elson first became interested in the political process early on during her post-secondary education.

During university, she was an executive for the McGill Students’ Cancer Society and president of the McGill chapter of Engineers Without Borders, of which she was part of a national political advocacy campaign to meet with MPs and encourage more investment in international development.

In 2018, Elson was part of the McGill Women in House program and shadowed a female MP and cabinet minister at Parliament Hill.

While Elson looks for full-time work in engineering, she says she’s interested in pursuing political leadership, in some form, in the future.

“I always had a strong sense of commitment to being an active citizen within my community, wherever I was.”