Matt MacDonald and his family have made it to the Sunshine Coast, though they didn’t get there using the vehicle they’d originally planned to make the trip in.
Jul 5, 2020 11:00 AM By: Ben Bengtson 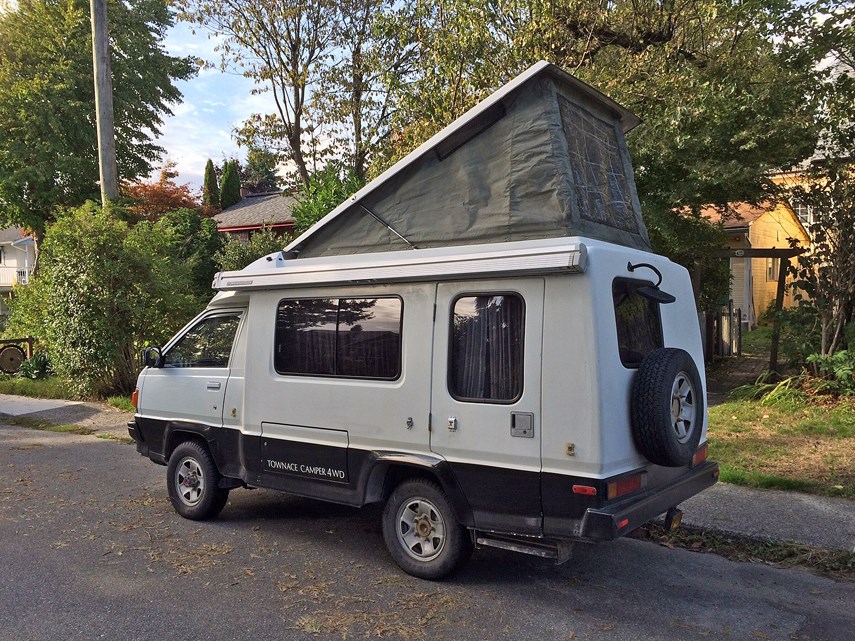 Matt MacDonald and his family have made it to the Sunshine Coast, though they didn’t get there using the vehicle they’d originally planned to make the trip in.

On June 27, MacDonald and his two kids, ages three and seven, hopped into their 1990 Toyota TownAce, a 4x4 diesel camper van they’d taken to calling “Space Van” because of its futuristic appearance.

“I call it a Westfalia on steroids,” says MacDonald. “They’re kind of a head-turner. There’s only like three of them in Canada.”

The plan was to take their camper van from their home in North Vancouver for a rip through Stanley Park. But as MacDonald turned onto Highway 1 from Lynn Valley Road, around 11:30 a.m. on June 27, something happened.

“We were accelerating up the onramp and all of a sudden the engine starting revving incredibly high. It was redlining, and I immediately took my foot off the accelerator and it just kept revving all by itself,” he says.

He pulled over to the side of the road and killed the engine, but that didn’t do anything – the car was off but the engine kept running.

Besides the horrendous sound the engine was making, black smoke was shooting from the exhaust and, most critically, plumes of white smoke started to quickly envelop the cabin of the van – where MacDonald’s two young kids were nestled in the back seat.

He jumped into action, getting his kids out of the car, throwing them over his shoulder and getting to a safe distance.

A passerby called 911 and firefighters were summoned to the scene. They assessed the situation and determined the vehicle wasn’t an imminent fire risk, though the vehicle is still being examined by a mechanic who’ll let MacDonald know if the rare vehicle can be saved or not.

The family had hoped to take the beloved camper van on their planned vacation to the Sunshine Coast this weekend. Instead, they’re opting for a much smaller, more road-ready vehicle in its place.

MacDonald says he's grateful for the quick, kind-hearted and skilled work of District of North Vancouver Fire and Rescue Services members who attended the scene last Saturday, which disrupted traffic for some time and sent shrouds of smoke high into the air.

“I can’t thank the North Vancouver District fire department enough. It wasn’t just going through the routine of their job, they really seemed to care that we were OK and that the kids were OK. It was nice to see that level of empathy from first responders,” says MacDonald.

It’s an encounter his kids won’t soon forget either, he says.

“They pulled out these two Dalmatian stuffies that have these red firefighters’ hats….”