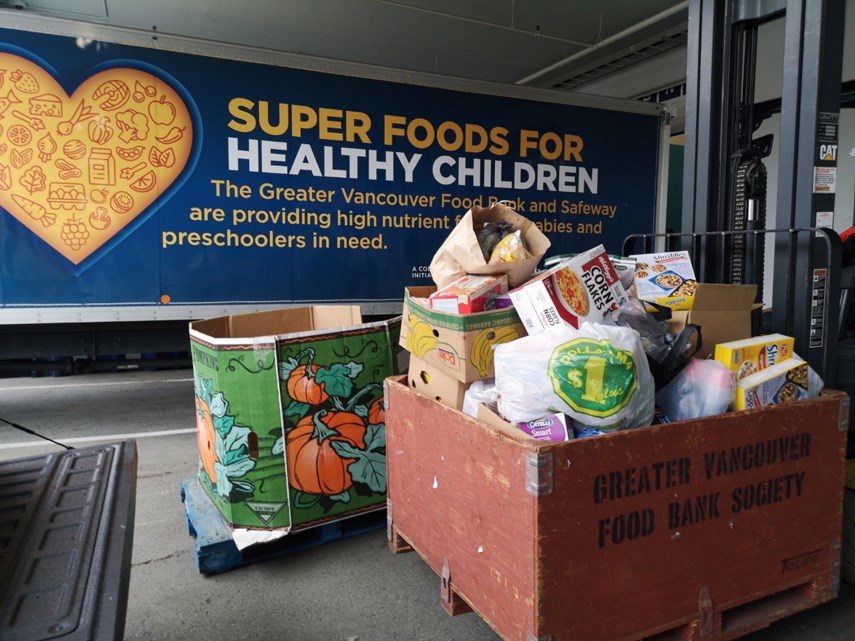 A large load of food donated by local Ismaili Muslims is delivered to the Greater Vancouver Food Bank, in April 29, 2021.Asad Abdul- Khaliq

Unable to meet and hold their usual charitable events at Lions Gate Jamatkhana Center, local Ismailis are now in their second year of pivoting toward non-perishable food donations to Metro Vancouver food banks.

Shelina Dilgir, spokesperson for the charitable organization Ismaili Council for BC, said they are hoping to fill a bin (many times over) set up at the Pemberton Plaza Save-On-Foods.

“We are just making sure that, with the pandemic in the second year and now third wave, we are able to address the growing need for the food bank,” she said “Especially during this holy month of Ramadan. It is really a time in which we not only have introspection and prayer, but also a time when we give back and support those who are most vulnerable.”

They’ve set a goal of 1,360 kilograms, which they are well on their way to achieving but Dilgir said they would love to surpass that.

Volunteers from the group have been routinely collecting donated non-perishables from Save-On and driving them to the Greater Vancouver Food Bank’s warehouse.

“The demand is there, right? We can't wait for Ramadan to finish. It's just the reality,” she said.

Donations, of course, do not have to come from Ismaili Muslims, she added, and anyone can contribute to the charitable campaign. Donations can also be made directly via the food bank's website.

Last year, when the pandemic was still in its early stages, volunteers from the group sewed more than 2,000 face masks, which were distributed to service organizations.