There’s reason to hope. Just like last year, a group of volunteers with rose-coloured glasses and bleary eyes woke up in cars, church pews and under the piano of St. John’s Anglican Church just off Chesterfield Avenue. They’d spent Feb.
Mar 13, 2018 3:50 PM By: Jeremy Shepherd 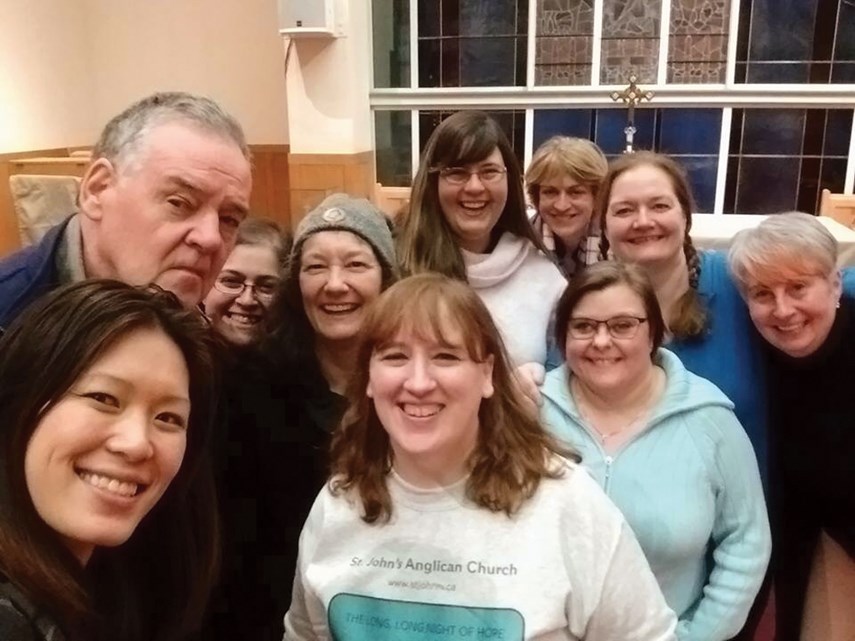 Just like last year, a group of volunteers with rose-coloured glasses and bleary eyes woke up in cars, church pews and under the piano of St. John’s Anglican Church just off Chesterfield Avenue.

They’d spent Feb. 24 searching for Mr. Sandman in the hopes they might spur donations that would benefit the Lookout Society’s homeless shelter.

But when the sun came up and the money was counted, they found they’d smashed last year’s total of $10,400. At press time, the team had raised $17,880, “astonishingly close” to hitting their goal of $20,000, organizer Donna Lawrence noted.

The event attracted more volunteers, including North Vancouver-Lonsdale MLA Bowinn Ma, who touted the event in the B.C. legislature.

“I’m privileged enough to be able to choose to spend only one night without a home,” Ma said.

Ma focused on that group, noting the families who “hang on the precipice of homelessness.”

“Some people, particularly women, will put themselves in dangerous or precarious situations just to stay out of the cold,” she said.

Ma’s one-woman team, MLA In a Hatchback for a Good Cause has so far raised more than $4,000.

Lawrence’s plan to raise $20,000 was to utilize social media and to hopefully attract more volunteers.

“We don’t want people to think that it’s just for St. John’s people,” she said. “It’s for anybody who’s concerned about what’s going on in the world.”

“Turn-aways are definitely on the rise … that’s just because of a lack of affordable housing stock right across the board for all demographics on the North Shore,” he said.