It's snow time: It snowed in parts of Metro Vancouver this morning (VIDEOS) 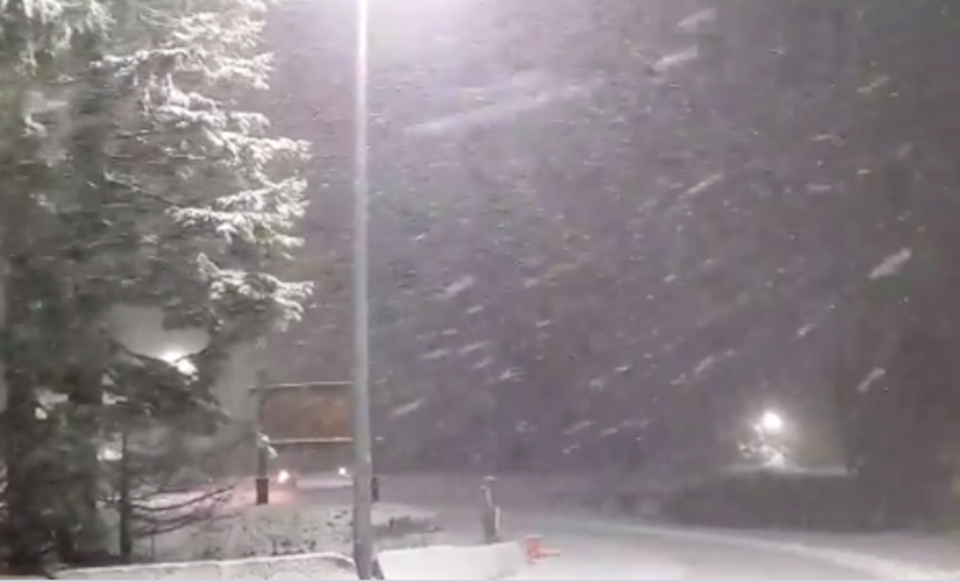 Environment Canada says wet snow over higher terrain is possible this morning and early this afternoon in Metro Vancouver.

In a special weather statement, the federal weather department states that snow is possible as a modified Arctic airmass arrives on the coast. Below seasonal temperatures will also continue through the weekend.

A low-pressure system off Vancouver Island will move into Washington State this evening. Meanwhile, Arctic air will advance southward through the B.C. interior, reads the statement.

The onset of precipitation combined with falling temperatures will also bring a risk of wet snow to neighbourhoods and roadways above 300 metres.

The special weather statement is in effect for:

The system is expected to move out of the region this evening but a cold air mass settling in behind will ensure temperatures remain 5 to 8 degrees below seasonal normals through the weekend.

Have a look at some videos of early morning snowfall on Burnaby Moutain and just a few minutes north of Vancouver.