There’s plenty for the whole family to look forward to including a grizzly bear-thday cake smash with Grinder and Coola 🐻🎂
Jul 18, 2021 1:57 PM By: Elisia Seeber, Local Journalism Initiative Reporter 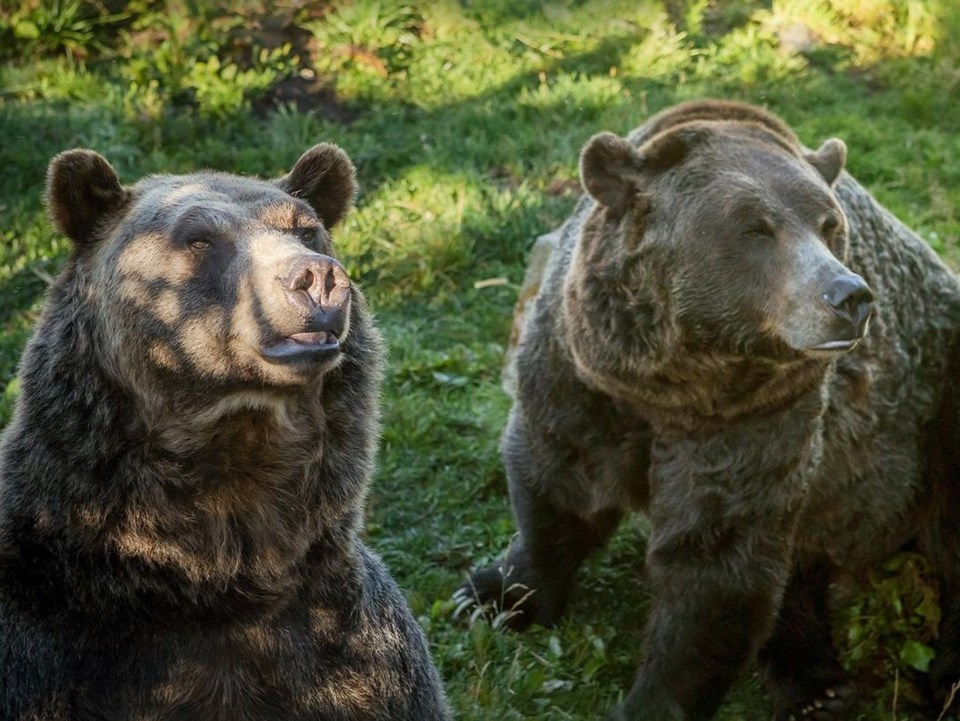 Grouse Mountain resident grizzly bears Grinder and Coola are inviting you to their 20th Bear-thday celebration on July 24 and 25. Grouse Mountain

If you go up to the Peak of Vancouver on the weekend of July 24-25, you’re in for a big surprise.

The now Instagram-famous bears were rescued in early 2001 after becoming orphaned in the wild and brought to the mountaintop's Refuge For Endangered Wildlife later that year in September, where they're still living their best lives.

In a celebratory blog post earlier this year, Devin Manky, Grouse Mountain’s wildlife manager for the past 15 years, wrote that the exact day of birth of both the bears was unknown, but it was for sure sometime in January.

“All young grizzly bear cubs are born inside the den in the early winter months,” he said.

“Female grizzlies will give birth to one to three cubs inside the den as a protective measure to allow the young bears a chance to nurse and grow before heading out into the world. And, therefore, sometime in January 2001, both Grinder and Coola were born.”

The belated celebration, in partnership with the Grizzly Bear Foundation, will be held on Saturday, July 24 and Sunday, July 25 from 10 a.m. to 6 p.m.

There’s plenty for the whole family to look forward to across the weekend, including a grizzly bear-thday cake smash with Grinder and Coola.

Those looking to learn more about grizzlies can watch enhanced ranger talks and bear safety demos with WildSafe BC.

There will also be Indigenous storytelling and performances, a scavenger hunt, wildlife photography lessons, a photo booth, nature sketching with The Bateman Foundation, and the opportunity to sign a bear-thday card for Grinder and Coola.

‘A second chance at life’

Back when Grinder and Coola were found, there were no grizzly bear rehabilitation and release programs in B.C., and orphaned cubs were often euthanized, as they can't survive the wild without their mothers, explained Manky. Grouse Mountain heard about the cubs and decided to intervene and create a natural mountain habitat in North Vancouver for them, with the goal of learning more about grizzly cubs to develop a rehabilitation and release protocol.

“Grouse Mountain offered them a 5.5-acre natural habitat and a second chance at life,” said Manky.

“On the flip side, Grinder and Coola offered us a chance to study young grizzly bear cubs and figure out what they know instinctually and what is learned behavior from their mothers. This important information was gathered as they grew up here, and we hope to use it to help future orphaned bear cubs.”

Manky said the middle-aged bears were “living a pretty good life season to season.” They're now very big boys, with Coola weighing in at 474 kilograms (1,045 pounds) and Grinder 401 kg (885 pounds) before their last hibernation.

The furry friends fill their days by swimming in the habitat's ponds, sleeping in the forest, and roaming the fields.