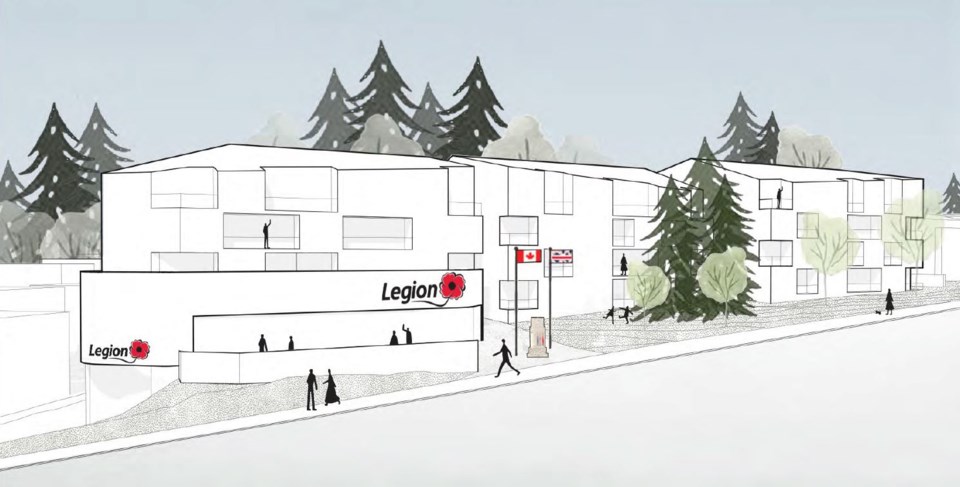 On behalf of the Royal Canadian Legion, Lynn Valley Branch 114, the developer is proposing a project that would involve building two four-storey buildings at the site, which would include 96 rental apartments plus more public assembly space for the legion than is currently there.

The project would be built over a one-storey underground parkade with parking spaces for 137 vehicles and 32 bikes.

The plan hasn’t come before council as yet and the district has only so far received a preliminary application. An amendment to the official community plan is required to allow the rezoning to occur.

Early input on the project is being accepted from April 14 to April 29.

Visit the District of North Vancouver’s public meetings page for more information, to offer input or ask a question about the project.