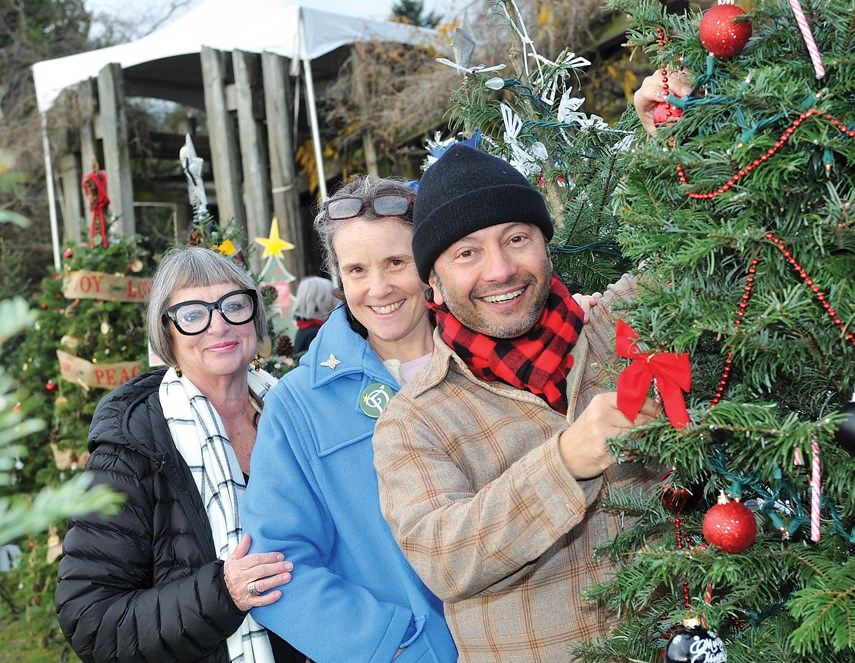 He has trouble imagining his life without it.

Ten years ago Michael Markwick and his family did what they had been doing every year -- they made their way down to Dundarave Park in search of a Christmas tree.

But that year, they were out of luck. Back then, the Beachhouse Restaurant used to run the charitable tree sale down by the beach, but the restaurant couldn’t make it happen that season.

Markwick and others decided to step in to fill the charitable void.

“We’ve been able to create a festival that, in terms of arts and culture, I think has done some very important things,” Markwick tells the North Shore News. “The design of the festival is to use arts and culture to not only raise funds, charitable donations, but also raise awareness. It’s a bit unique in that sense.”

The Dundarave Festival of Lights commenced its 10th season earlier this month.

The festival features a long list of events and attractions, but the easiest way to narrow it down would be to describe it as a fusion of live music and arts, epic light displays, as well as a major charitable component, and an emphasis on social awareness, specifically when it comes to Canada’s commitment to reconciliation, and the housing crisis.

“Our second Saturday is all about reconciliation. I’m proud of the relationship that we have with the Squamish Nation,” says Markwick, stressing his reverence for the Dundarave Nativity & Paddle Songs presented by Squamish elders that will be performed on Dec. 8.

Perhaps the festival’s most important component is the Forest of Miracles display, a charitable component where donors are able to sponsor a Christmas tree in Dundarave Park with all funds earmarked for Lookout Housing Society.

Since 2008, the Forest of Miracles aspect of the festival has raised more than $400,000 for Lookout to provide housing to seniors in need in the community, notes Markwick.

Earlier this month, the sponsored Christmas trees were subject to a decorating party during the first day of the festival. The Christmas trees all lit up on the shores of Dundarave beach are akin to an art installation, says Markwick.

“At a sensory level, that’s stuff that really sets in people’s neurons,” he says.

The lights will remain lit for most of December, and the festival is hosting four Saturdays of festive and free concerts at Dundarave park all this month.

“We’re probably the only Christmas festival this side of Manhattan that features show tunes as a highlight of our season,” says Markwick.

On the festival itself he says: “In all candor, I can’t imagine my life without it.”

Visit dundaravefestival.com for a detailed look at this year’s festivities.