A well-known annual event where anonymous local artists are encouraged to sell their original works will now feature a buying public who will remain largely unseen as well.
Nov 26, 2020 2:57 PM By: Ben Bengtson 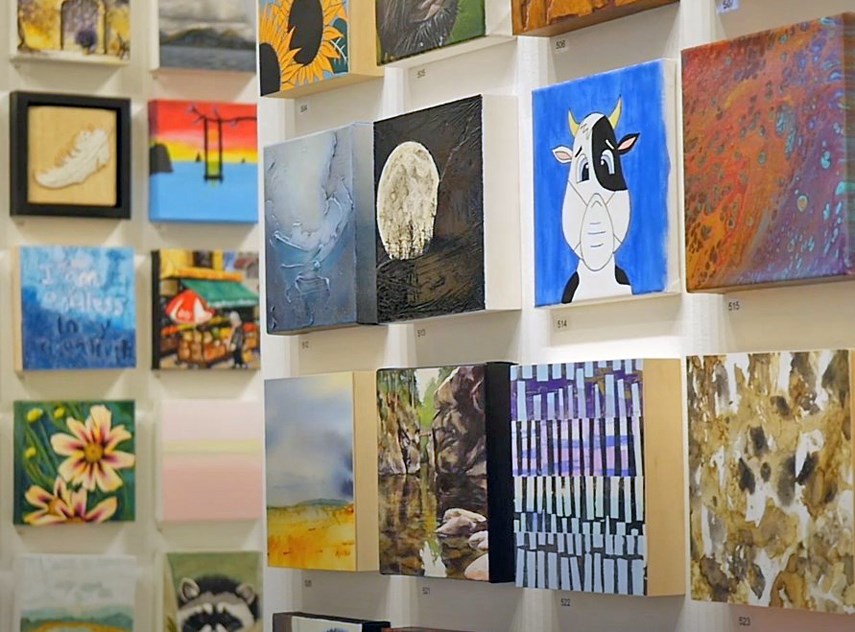 A well-known annual event where anonymous local artists are encouraged to sell their original works will now feature a buying public who will remain largely unseen as well.

Unlike live performance venues, arts retail spaces and galleries – such as CityScape Community ArtSpace where the show is usually held – are technically allowed to remain open under new COVID-19 restrictions put in place on Nov. 19, as long as no formal community events are held.

While the exhibition is being installed and will remain at CityScape, North Van Arts has opted to essentially suspend its in-person exhibition this year and is instead encouraging the public to check out and purchase the pieces online, according to Nancy Cottingham Powell, executive director at North Van Arts.

“Normally on opening night we would have 300 people going through this gallery. Obviously that’s not going to happen right now,” said Powell. “Viewing it online is really the way to go.”


Original artwork from 250 emerging and established artists from North and West Vancouver will be up for grabs for $100 apiece. Proceeds from the art show are split between the local artists and North Van Arts, who will use the funds to supports ongoing programming.

The artist behind each painting will remain anonymous until their work is sold and their name is revealed, according to Powell.

“It’s a great test-place for people,” said Powell. “I think it’s an important show because we’ve got the whole community at the table.”

More than 125 would-be art buyers have already registered for the opening night of sales, added Powell.