With the temperature dropping and the rain falling, Lookout Housing and Health Society has rolled out its emergency weather beds. Lookout, located at 705 West Second St.
Dec 12, 2018 8:35 AM By: Jeremy Shepherd 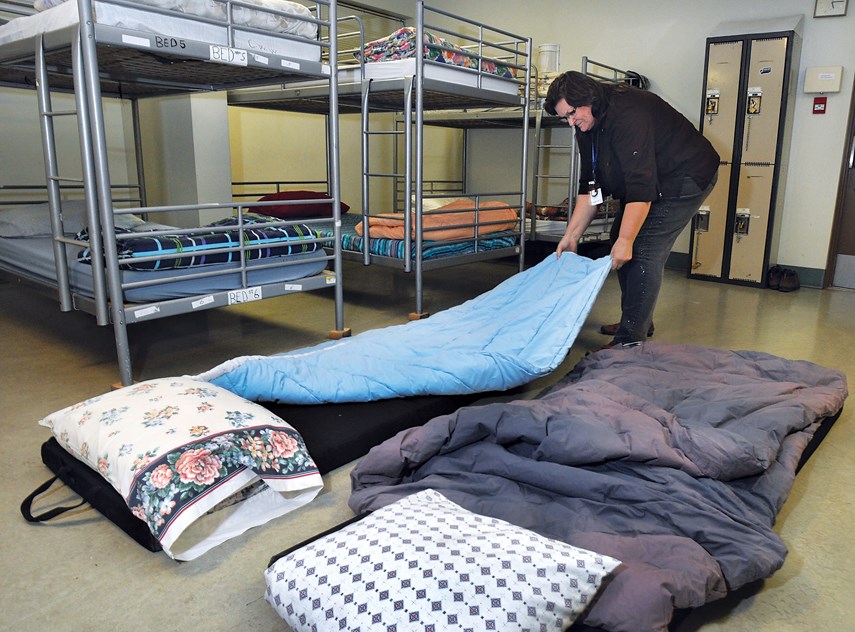 With the temperature dropping and the rain falling, Lookout Housing and Health Society has rolled out its emergency weather beds.

Lookout, located at 705 West Second St. near Bewicke Avenue, brings out an extra 20 mats when the temperature dips below freezing, following three consecutive days of rain, or during any other “extraordinary, extreme
weather condition.”

The main challenge at this point is in spreading the word, explained Lookout senior executive officer Shayne Williams.

“Folks that we serve don’t typically see a lot of TV,” he said. “There’s an inherent mistrust. Folks feel like the system’s failed them, and sometimes quite rightly have that opinion.”

While Lookout does have outreach teams, he wants anyone in need of a dry, warm bed to know Lookout sets up beds every evening and offers them on a “first come, first served” basis.

There are “minimal barriers” to access, he said, explaining there are no forms to fill out. The shelter provides meals and often tries to connect people with other services.

“The real purpose is to try to build rapport and relationship,” he said.

The shelter was about half full on the first few nights it opened in December, according to Williams.

The operations of the shelter are a testament to the community’s support in terms of donations and volunteers, according to Williams.

“Without the hardworking staff and volunteers at the Lookout, there’s no way that we’d be able to offer this life-saving intervention for vulnerable people across the region.”