Whistler's Cheakamus Community Forest is at a crossroads

Forest manager says board will discuss future of old-growth logging this week
Jun 10, 2021 7:00 AM By: Brandon Barrett 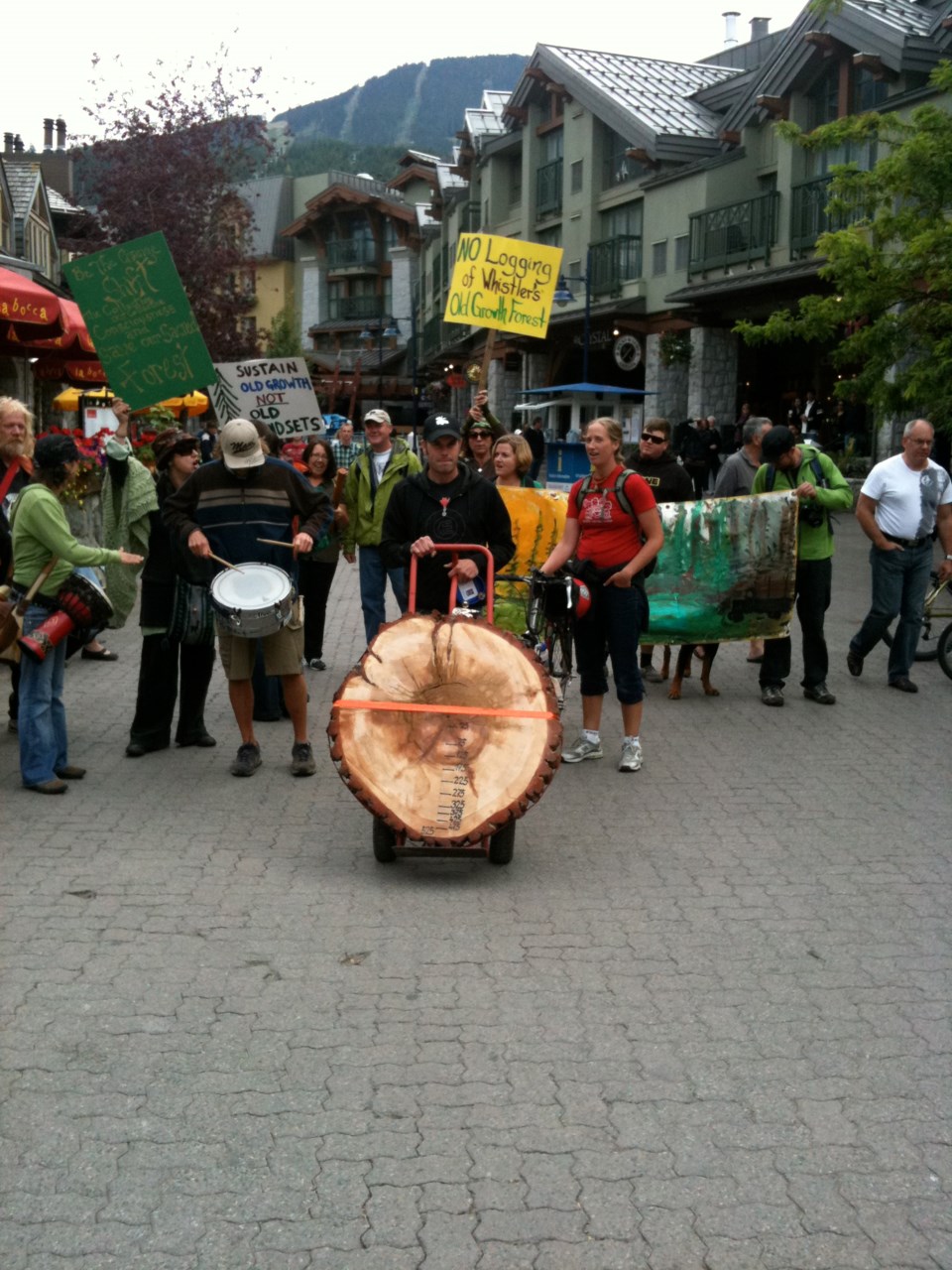 As the Fairy Creek blockades have thrust old-growth logging back into the forefront of British Columbians’ minds, the managers of Whistler’s Cheakamus Community Forest (CCF) face a longstanding dilemma.

“The big burning question is: does the community forest want to be going after these old-growth stands anymore?” said CCF manager Simon Murray.

It’s by no means a new question for the CCF, which hasn’t logged old growth since 2018 and has been looking to transition away from old-growth for years, in part to do with a lack of remaining commercially viable trees, as well as the recognition of Whistler’s status as a tourism destination for millions of visitors a year.

“[Whistler is] the No. 1 tourist destination in British Columbia, and we are very sensitive to the fact that it isn’t the kind of place where you want to see big, large-scale industrial forestry going on,” Murray said.

“As we are very well aware, it’s an extremely sensitive area and the recreational values are far higher than any of the timber values there, so we must keep that top of mind.”

On Thursday, June 10, the board will discuss the future of old-growth logging* in the CCF. But ending the commercial harvest of old growth completely would present several economic hurdles. Managed by the Resort Municipality of Whistler, and the Lil’wat and Squamish Nations, the CCF currently has a maximum annual allowable cut of approximately 20,000 cubic metres, as set by the province.

So Murray has floated two ideas, both of which would require buy-in from the board and the province: reducing the CCF’s annual allowable cut to $15,000 m3, and lowering the minimum age limit of harvestable second-growth trees through the CCF’s carbon credit program from 70 to 50 years.

Since 2015, the CCF has had an agreement in place with Victoria to sell carbon offsets, independently verified credits for net greenhouse gas reductions that are used to compensate for the emissions of the buyer. Bringing in an average of around $100,000 a year, Murray said, the CCF is only permitted to sequester carbon from trees that are between 70 and 250 years old.

“Lots of logging happened in the 1960s, ‘70s, ‘80s and ‘90s that has left us with lots of young forest, but the middle aged, 70- to 100-year-old forest, we just don’t have any,” Murray said, estimating that around 10 per cent of the remaining trees in the CCF would qualify for the carbon credit program.

But continually harvesting young, second-growth forest would bring its own ecological challenges, said Claire Ruddy, executive director for the Association of Whistler Area Residents for the Environment.

“You end up basically eating into your future old growth,” she said, noting how, once logged, old forest never returns to its original state.

“It’s also about tree species,” she added. “Those 50-, 70-, 90-year-old trees, they’re planted trees. So they were planted to have maximum value from a forestry perspective, and those forests are not made up of the same species that the forest would originally and naturally be.”

Without old growth to retain moisture and help regulate a forest’s climate, the risk of wildfire goes up as well, Ruddy explained.

“The young second growth has lots of ladder fuel, it has crown at all the same height, and it’s the easiest stuff for fire to spread in, and at pace. We don’t want to just be recreating these conditions again in 50 years,” she said.

Many of the old-growth trees that remain in the CCF “aren’t necessarily very valuable,” Murray said, given their size and species, which adds credence to Ruddy’s view that the forest’s ecological and recreational potential are its real economic drivers.

“In the Sea to Sky, we have lots of opportunities to gain economic value out of our forest in ways that don’t involve logging,” she said. “Old forest is becoming globally rare and more rare as time goes on, so to have standing old growth through the Sea to Sky gives us opportunities to create new economic models with things like foraging tours, interpretive and learning opportunities.”

The CCF does have plans to log old growth this summer for the first time in three years, but whether the project will go ahead depends largely on Thursday’s board meeting. As they stand, plans are to harvest 11,440 m3 of hemlock, balsam and yellow cedar over a 17.4-hectare area of Callaghan Creek starting in July.

Pique sent a list of questions to the Lil’wat Nation, but did not hear back by press time.