The officer's sentence was mitigated by several factors, including the fact that a driving prohibition could expose the front line worker to COVID-19 while commuting on public transportation
Mar 3, 2021 12:03 PM By: Stefan Labbé 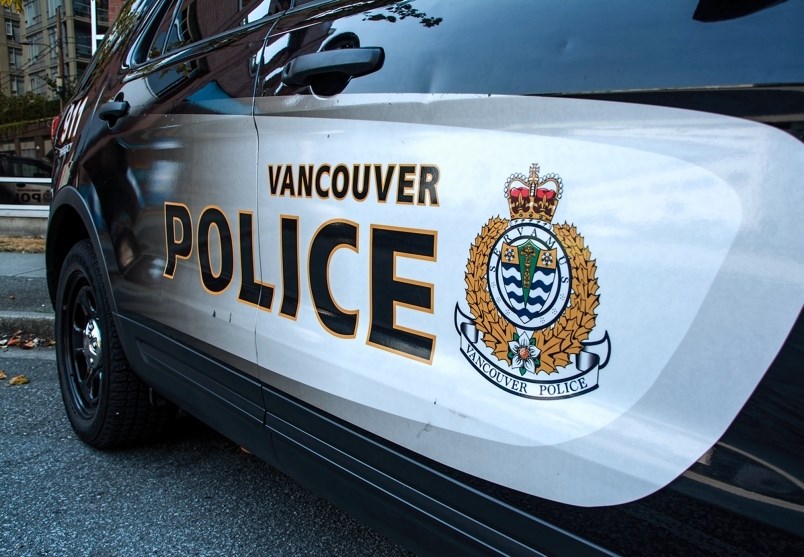 The VPD officer, a resident of Port Coquitlam, was sanctioned for failing to turn on his vehicle's siren and emergency lights before crashing into the cyclist - File photo Dan Toulgoet

A Vancouver Police officer from Port Coquitlam has been slapped with a six-month driving ban and a $2,000 fine after crashing into a cyclist while responding to a 911 call.

The ruling, decided Dec. 9, 2020, but released Wednesday, revolved around the night of May 18, 2018, when Const. Luke Bokenfohr responded to a police dispatch broadcast reporting two women had heard footsteps in their basement just west of BC Children’s Hospital.

As Bokenfohr approached the intersection at Oak Street and West 46th, cyclist Melody Lam stopped her bicycle to press the crosswalk signal. The light turned red, and several vehicles came to a stop to let her cross — that is, save Bokenfohr’s police vehicle.

The cyclist was left with a fractured right ankle that later required surgery, a seven-centimetre laceration on her lower leg, and multiple abrasions across her body, hands and face.

In her victim impact statement, Lam said the accident had taken cycling, “a way of life,” away from her, and left her to suffer with ongoing physical, mental and financial scars: “without exaggeration,” she said, “this offence has impacted every single part of my life.”

At trial, Bokenfohr pled guilty to one count of driving without due care and attention, leading prosecutors to seek a $2,000 fine and a 12-month driving prohibition.

But in his ruling, the judge was careful to note the officer was not being sentenced for the consequences of the accident but for his lapse in attention and to “keep bad drivers off the roads.”

At the same time, judge La Prairie recognized Bokenfohr’s job required him to commute from Port Coquitlam to Vancouver for work and that “during this time of COVID, he is concerned about travelling on public transportation for both himself and his children.”

In dropping the driving prohibition to six months from a year, the judge wrote Bokenfohr expressed remorse for the accident and didn’t see Lam due to the glare of oncoming headlights. Another factor mitigating the sentence: the constable will face disciplinary proceedings under the Police Act.

“I also have to take into consideration the current COVID pandemic,” wrote the judge. “…and the added potential exposure that a driving prohibition will have on the officer, a front line worker.”