10 benefits of a plant-based diet

There are roughly 9.7 million vegans in the United States today, up a staggering 3,000% from 2004, according to a 2020 study from Ipsos Retail Performance. These dietary changes have caught the attention of businesses and created a booming vegan market where even traditional meat industry giants have gotten into the faux meat game.

Sales of plant-based food in 2020 grew by 27%—twice as fast as food sales in general, according to data from SPINS for The Good Food Institute and Plant Based Foods Association. A full 57% of Americans say they buy plant-based alternatives to animal products.

People’s reasons for adopting a plant-based diet range from personal health to animal rights to environmental concerns related to factory farming. Thistle analyzed numerous academic studies published in peer-reviewed journals such as Frontiers in Nutrition and Nutrients to curate a list of 10 benefits of a plant-based diet.

As with all diets, it’s important to consider a person’s genetics, activity level, preexisting medical conditions, and any nutritional deficiencies or food allergies. In particular, those adopting plant-based diets are wise to make sure they’re getting sufficient levels of vitamins and minerals, from B12 to omega-3 fatty acids. 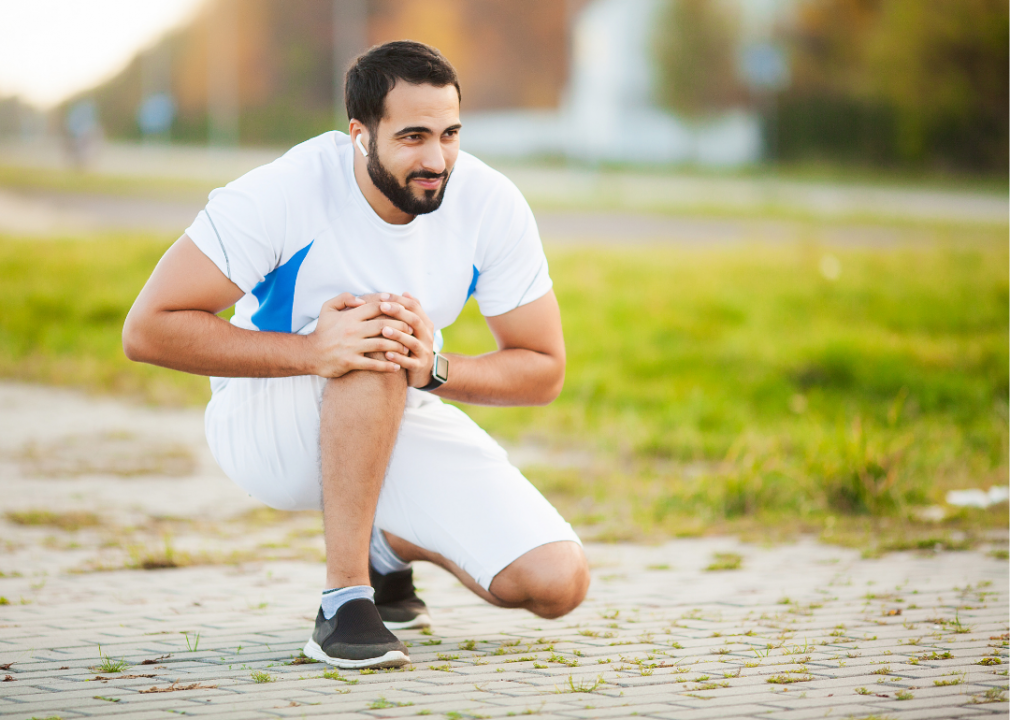 Inflammation is caused by white blood cells fighting off invaders—whether foreign objects, such as a splinter; irritations, such as allergies; or pathogens, such as bacterial or viral infections. In the case of autoimmune diseases, the immune system attacks healthy, normal tissue in the body. Overactive inflammatory response is widely considered by experts to contribute to chronic disorders including Type 2 diabetes or heart problems.

Acute, or short-term inflammation, comes on as localized pain, redness, loss of mobility, or swelling. The area may be hot to the touch, as in the case of a bee sting, and can last from a few hours to several days.

Chronic inflammation can last months or years, and can come on as a hyper reaction to an external trigger, such as is the case with allergies; a mistaken reaction in which the immune system attacks healthy tissue, as with cancer or eczema; or long-term exposure to an irritant.

Diet and exercise have major effects on inflammation: Whereas obesity, smoking, lack of consistent sleep, and a diet heavy in added sugars and unhealthy fats can all increase inflammation in the body, nutrients found in fruits and vegetables have been shown to reduce inflammation. 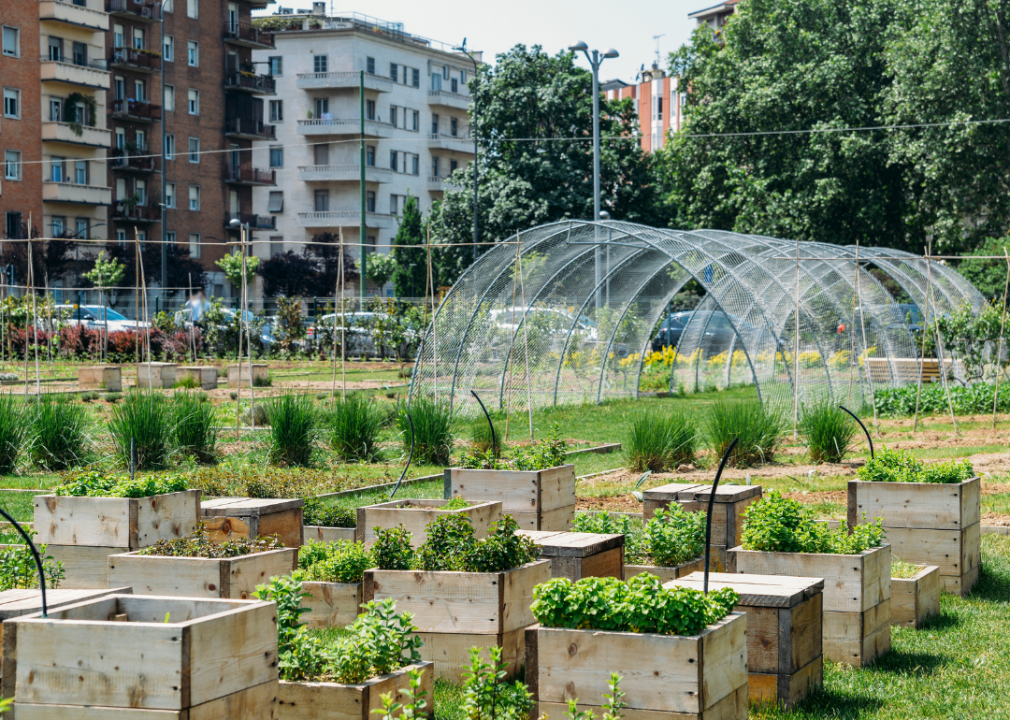 A popularly cited 2018 analysis of the international food industry suggests that switching to a plant-based diet represents the largest single action a person can take to reduce their environmental impact.

While those stats—such as the fact that the ecological footprint of livestock represents 18% of calories and 83% of farmland—are striking, they don’t take into consideration all the complexities of sustainable eating habits.

It is true that pound for pound, animal protein requires 100 times as much water as grain protein—and that the production of oat milk emits 80% fewer greenhouse gases and requires 60% less energy than cow’s milk. 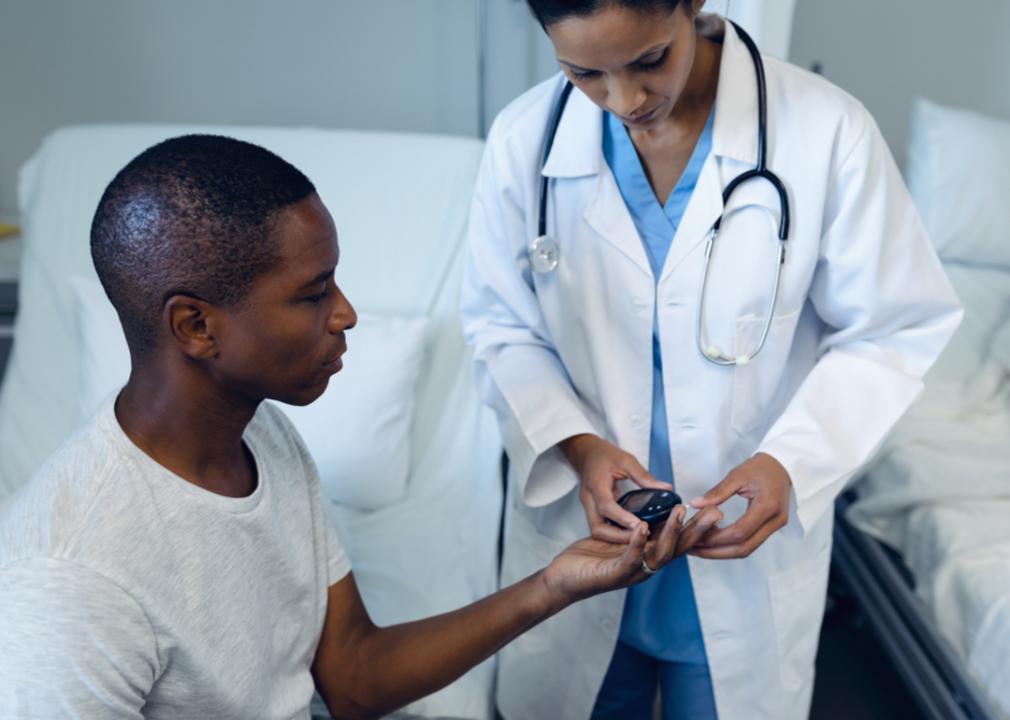 Consumption of red meat and poultry has been linked to an increased risk of diabetes, in part because of the high volume of heme iron in those meats, according to findings in the Singapore Chinese Health Study published in 2017.

That research involved recruiting more than 63,000 adults between 45 and 74 from 1993 to 1998, and following their health progress for 11 years, in addition to studying the correlation between various kinds of meats and the volume of heme iron in each.

Participants who consumed the highest levels of red meat and poultry showed a 23% and 15% increase in diabetes risk, respectively. Consuming fish and shellfish showed no perceptible association with diabetes risk. 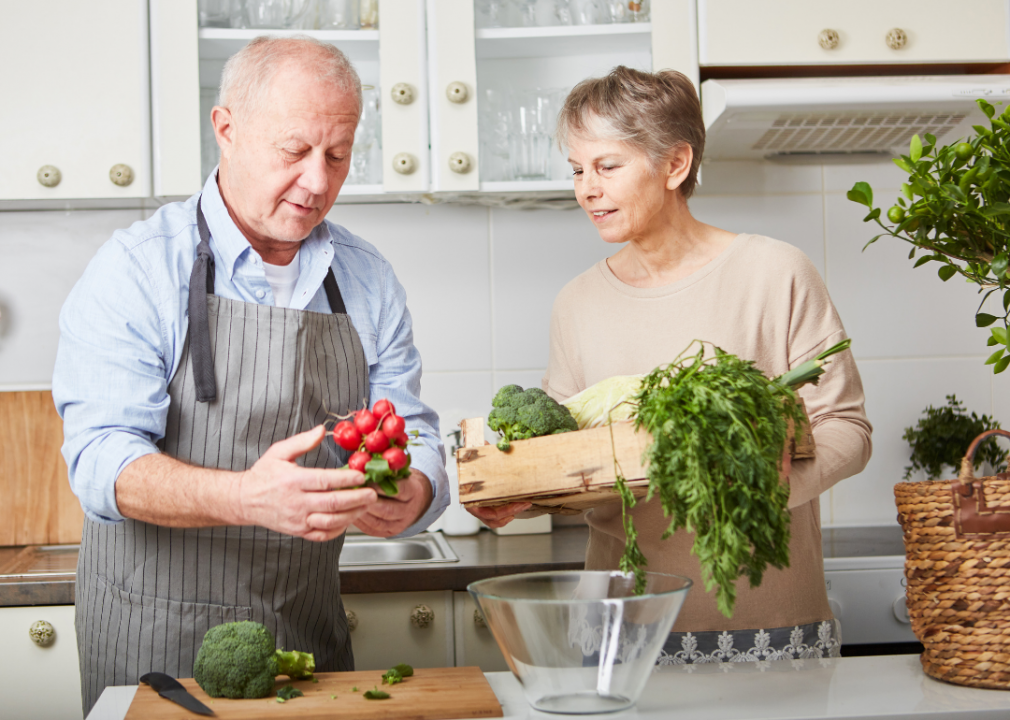 But it’s not enough to just avoid meat: For heart health on a plant-based diet, it’s important to steer away from processed foods, including white rice and white bread, which lack nutritional value and contain a high glycemic index.

This increases your odds for spiking blood-sugar levels and increased appetite. Similarly, whole fruits are healthier than fruit juice, even 100% juice, which often loses nutrients and vitamins while being processed and contains high levels of sugar. 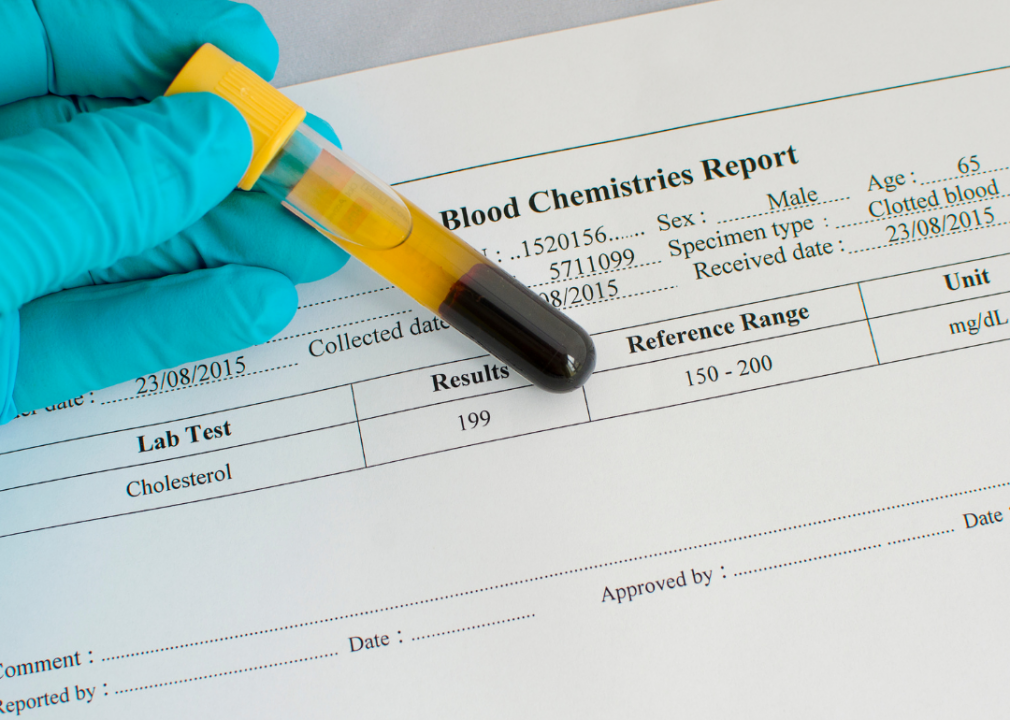 Numerous studies have shown the positive effects of plant-based diets—particularly a vegetarian or vegan diet combined with nuts, soy, and fiber—on cholesterol levels. Five observational studies, cited in a study published in 2009 in the American Journal of Cardiology, found lower blood concentrations of TC and LDL cholesterol in populations consuming plant-based diets. 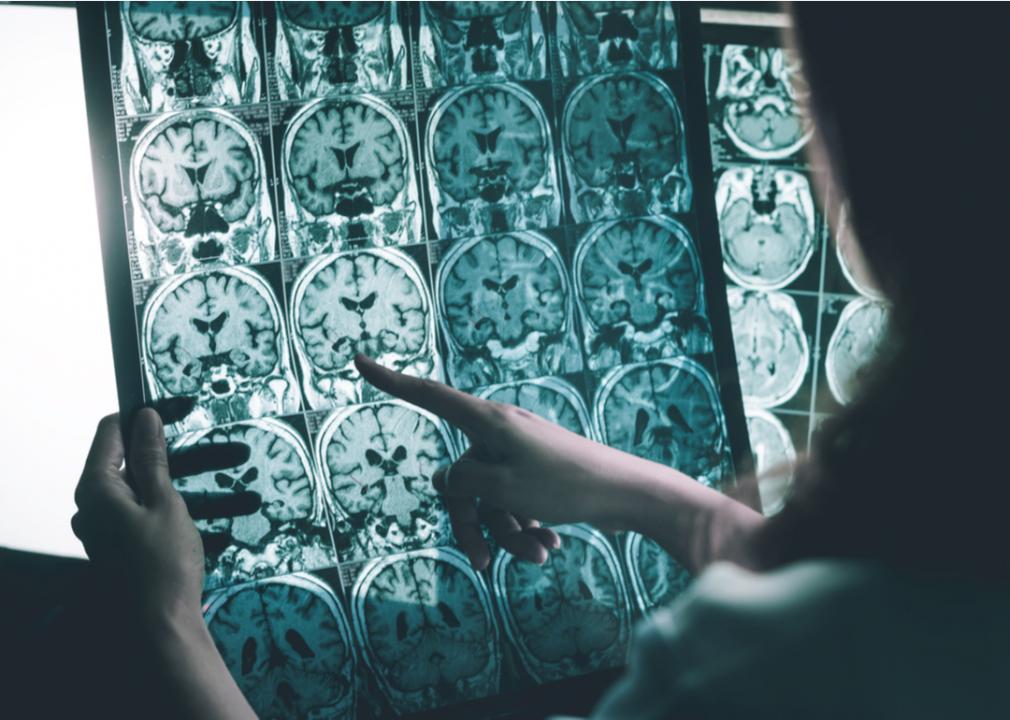 A direct correlation was found between high intakes of fruit and vegetables and a significantly reduced risk of cognitive impairment and dementia, according to a report published in Frontiers in Aging Neuroscience in 2017. The key is likely in nutrients abundant in plant-based diets, including antioxidants, vitamins, and folate, that have been shown to have significant cognitive benefits. 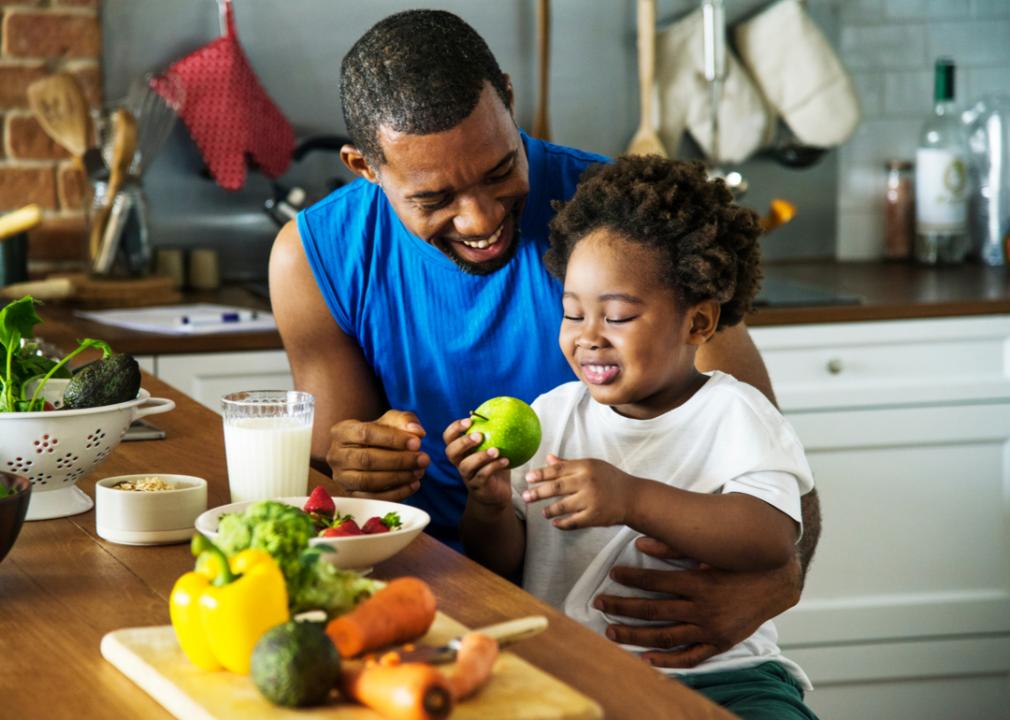 Just 16 weeks of a healthy vegan diet focused on whole fruits and vegetables has been shown to cause a documented improvement in gut health, according to research led by Hana Kahleova, M.D., Ph.D., of the Physicians Committee for Responsible Medicine and presented in 2019 at the European Association for the Study of Diabetes in Barcelona. 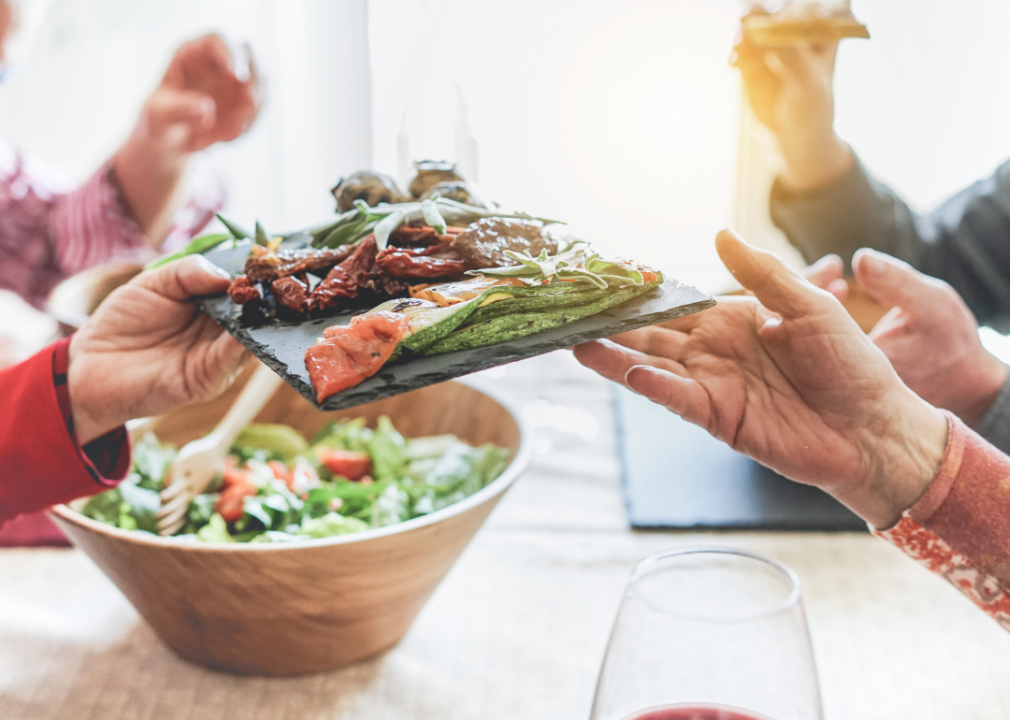 Plants create an abundance of phytochemicals that help to protect cellular damage as well as being anti-inflammatory. A variety of long-term studies suggest that benefits like these from eating whole plant foods, as opposed to processed foods, may actually be able to prevent up to a third of all cancer cases. Most-studied have been plant-based diets’ capacity to help protect against breast, colorectal, gastrointestinal, and prostate cancers. 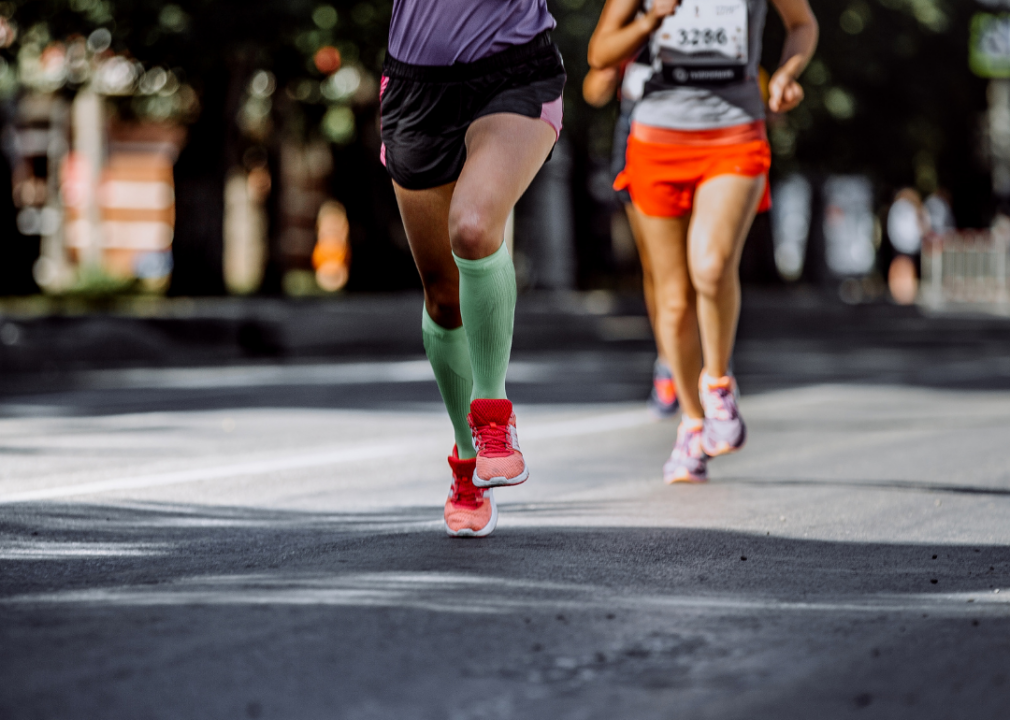 Like the rest of us, dietary choices of athletes come with, at times, complex reasoning behind them. But there’s a lot of science backing up whole plants as a great choice for athleticism: Heart-healthy foods, such as whole fruits, vegetables, legumes, and nuts, are also largely plant-based. The anti-inflammatory principles and immune support of plants also benefit athletes in major ways.

Tennis pro Venus Williams transitioned to a plant-based diet after being diagnosed with an autoimmune disease called Sjögren’s syndrome and said a vegan diet allowed her to manage the disease without prescription medications. 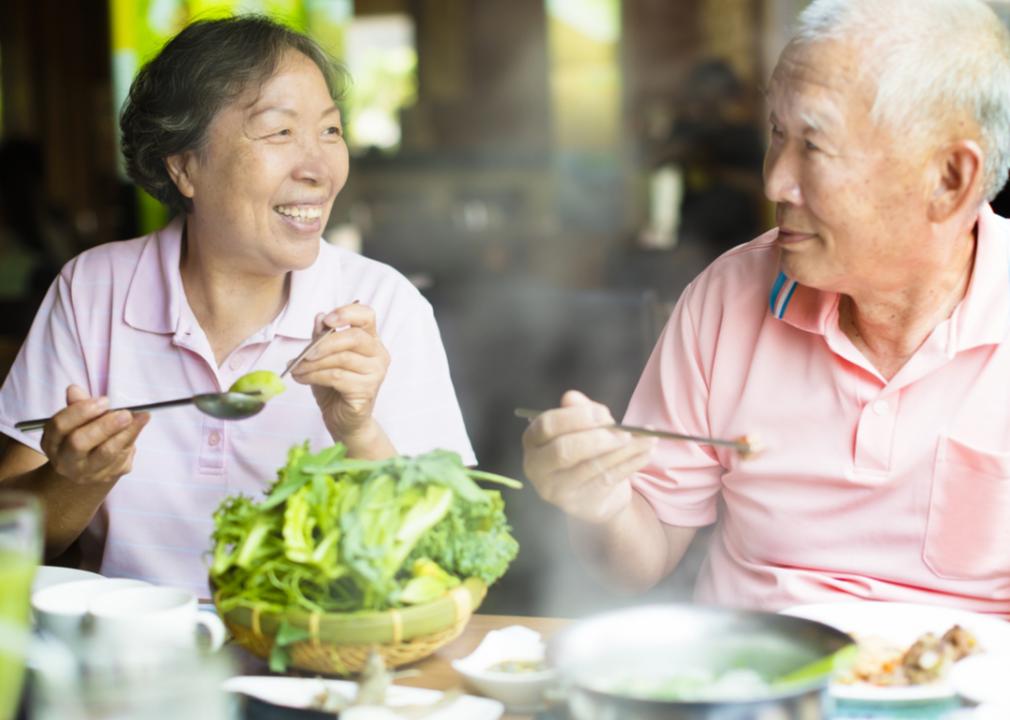 In a 2015 study, published in Arthritis, researchers investigated the effect of a plant-based diet on osteoarthritis. Those adhering to a whole-foods, plant-based diet experienced significant drops in pain levels and jumps in motor function in just two weeks.

This story was produced and distributed in partnership with Stacker Studio.

This story originally appeared on and was produced and distributed in partnership with Stacker Studio.