GRINDING GEARS: Drivers and cyclists are just people too 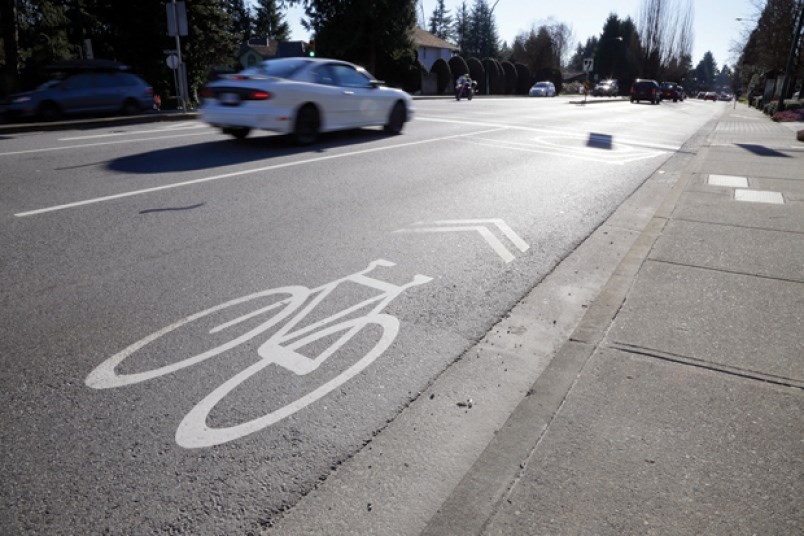 The thing about bicycles is... oh, hang on, I've just got 12 angry emails already. Good heavens. What a great deal of creative spelling.

Anyway, the thing about bicycles is that you'd never imagine a spindly frame of metal with two wheels attached to it could inspire so much passion.

Yet throughout history, the bicycle has been fraught with controversy, whether it was early desires to prevent women from using them lest their wombs go inverted (this really was the thinking of the day), or our current modern pistols-at-dawn level of discourse over things like bike lanes.

It's not unlike most political discussions these days. With attention spans shorter than ever, only the loudest and most polarizing opinions get any traction. The coherent, cogent argument is a thing of the past, so everybody just yells in ALL-CAPS with the aforementioned creative spelling.

This is a problem, because the solution to most problems facing us today isn't a pendulum swing between two opposing viewpoints, but a meeting in the middle. A Venn Diagram overlap. A compromise. You, know, those things where everyone doesn’t get exactly what they want, but you muddle along as best as you can anyway. I see married couples in the audience nodding their heads sagely.

Thus, we can't block off every road tomorrow and transform them into a cycling paradise free from cars. Leave aside arguments about the need for emergency vehicles, or the mobility requirements of those who can't ride a bike – you just won't change people’s minds overnight.

Because the thing about cars is that they are convenient. Except for parking, fuel, cost, insurance, and traffic. Otherwise, they're great. You can keep stuff in them, they’re faster at getting from point to point than most public transportation, it’s a lot easier to get your kids to soccer practice on time, and there are few easier ways to haul your groceries home from the store.

Bicycles, on the other hand, are less convenient than cars. You get wet when it rains, and sweaty when it hills. However, you can park them anywhere, they cost practically nothing by comparison, they have the side effect of making you less fat, and traffic snarls don't really affect you any more.

In a perfect world, we would all be able to teleport directly to work or, even better, work from home in our pyjamas, which I am certainly not doing right now. But we don't live in that world. We live in a place where people need to get to places all over the North Shore, and we need to find the best and safest way of facilitating this.

Since this is an automotive column, perhaps you're expecting me to cast my vote for Car in the great debate between Car vs. Bike. Yes, I do enjoy driving, and recognize that it is still the primary mode of transport for most of the population, but here’s an argument for you.

There is, or was a few years ago, a sticker that you used to find on commuter cycles that said, “One less car.” Now obviously, that should be, “One fewer car,” but the point made was that the rider of this contraption was putting out less pollution and so forth. One fewer metal monstrosity on the road.

Here's the thing. Every bike that rides along the newly joined Spirit Trail, every cyclist that noodles down to the SeaBus terminal rather than face afternoon lineups over the Second Narrows, every one of those people represents one fewer car on the road. That’s one fewer car in front of you when you have no choice but to drive because you need to leave work, pick up the kid from school, drop a package off to be mailed, then pickup groceries on the way home.

The riders aren’t doing it for you, they’re doing it for mostly self-centred reasons. Maybe it’s easier for them to make their way to work on a bike path. Perhaps they’re a fair-weather rider only, taking advantage of the summer season.

It doesn't matter if that cyclist is humming along in a smug little fog past a line of traffic-snarled cars, they really are one fewer car in front of you.

If more people could be lured out of their cars and onto bikes, life might be easier for all of us.

With the increasing cheapness of electric-assist bikes reducing the effort required in biking around, cycling will likely become more popular. Add in safer routes like the Spirit Trail and listen to the requests of cycling advocates with an open mind, and we all benefit.

But too often, instead of a carrot to cycling, what seems to emerge is the appearance of a stick to force drivers out of their cars. Road pricing. Tolls. Fuel surcharges.

It’s all well-meaning, but it ignores the fact that some people simply have to drive to get through their daily lives.

Yes, there are those who drive for convenience only, but there are also tradespeople, and busy parents, and those for whom a car represents physical freedom.

We’re not going to solve the car vs. bike argument overnight, but we can begin to break down these artificial barriers that the argument creates.

There are no “drivers,” nor are there “cyclists,” there are only people trying to get from place to place as quickly as they can.

We can make it easier and safer for everyone if we just remember to give each other a little more space, grumble a little less, and listen a little more.