GRINDING GEARS: 2020 seems like the perfect year to bring back The Wave

A little over a decade ago, I was driving along in my Subaru when I received The Wave. Subarus are a great deal more popular than they used to be, so The Wave has fallen out of favour, what with familiarity breeding contempt and so forth.
Nov 8, 2020 12:00 PM By: Brendan Mcaleer 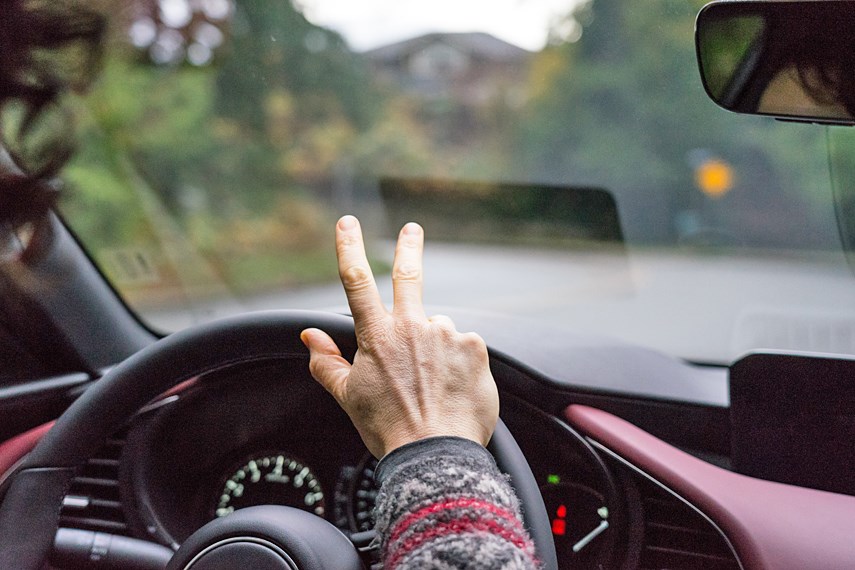 A little over a decade ago, I was driving along in my Subaru when I received The Wave.

Subarus are a great deal more popular than they used to be, so The Wave has fallen out of favour, what with familiarity breeding contempt and so forth.

However, for a time, anyone driving a Subaru product, be it a beat-up old Forester or a shiny new WRX, might start waving at you if you were also driving a Subaru. It was something like a secret club of people being nice to each other for no other reason than having bought similar cars.

Having had the opportunity to try out vehicles from all sorts of brands, I can report that The Wave is still something you get from Jeep owners, people driving Mazda MX-5s, and even Alfa-Romeo drivers. I’ve even seen the owner of a Ferrari 355 slow down to hand out The Wave to someone in a Fiat X1/9. (Both are Italian cars, but not generally considered in the same league, performance-wise.)

These days, The Wave seems most commonplace among motorcyclists, who do this sort of two-fingers-pointing-at-the-ground nonchalant acknowledgement as they pass each other. The smug, self-satisfied, ultra-cool jerks. Not that I wish I had a motorcycle or anything.

Riding is a dangerous hobby. I know this because my mother, a nurse, started telling me horror stories as soon as I started saying things like, “Those look neat.” You get out there on the open road and you’re at the mercy of drivers who aren't always paying as much attention as they should be. Riders watch out for other riders. It’s an unofficial club.

It’s a little gesture that says, “Respect.” It says, “I see you.” It’s a little moment of shared humanity between people connecting even as they pass briefly, possibly to never interact again.

I was thinking about The Wave the other day, when both my daughters decided it would be a good idea to roll down their windows and shout “Hello!” to everyone we passed on our way through the neighbourhood. It startled a few people (and dogs), but pretty much everybody waved back, laughed, or a combination of the two.

I, of course, did the Dad Thing which is to overreact and shout “WE COULD HAVE AN ACCIDENT,” any time a backseat passenger does something incredibly dangerous like turn on the dome light at night for four seconds. But then I calmed down and just rolled with it.

Motorcyclists tend to call drivers cagers, which is pretty accurate. We surround ourselves with two tons of steel and glass, and shut ourselves off from the world. It’s a secure little pod that tends to reflect your own self back on yourself. Cars in your way tend to become just obstacles, rather than other people.

Convertibles open up that canned feeling somewhat, but when the long days of wet winter weather show up, we roll up our windows and grump at traffic. Everyone’s in the way: cars, buses, trucks, cyclists, pedestrians.

And that’s why I'm bringing The Wave back. For a short time there, as 2020 started looking like it was going to be That Year, there were any number of ways we let each other know that we were all in this together. We banged pots and pans. We were nicer to each other in lineups. Now we’ve mostly gone back to a new normal.

But The Wave is universal. It cheers you up. These days, I wave to pedestrians, to cyclists, to interesting-looking dogs, and definitely to the drivers of any car wearing collector plates. I have all kinds of waves in the repertoire, from the two fingers off the steering wheel salute, to the arm-out-the-window for an old guy giving a Datsun 510 the absolute beans on an onramp.

This time of the year, with the world in an uncertain place, things seem more strained and unknowable than ever. We talk about waves as political shifts, as a spike in infections, as surges that threaten to sweep our fragile sandcastles away.

It doesn't have to be like that. We’re all feeling the same way. So wave to your fellow road-users. It’s the club’s secret signal, and we’re all in the club.