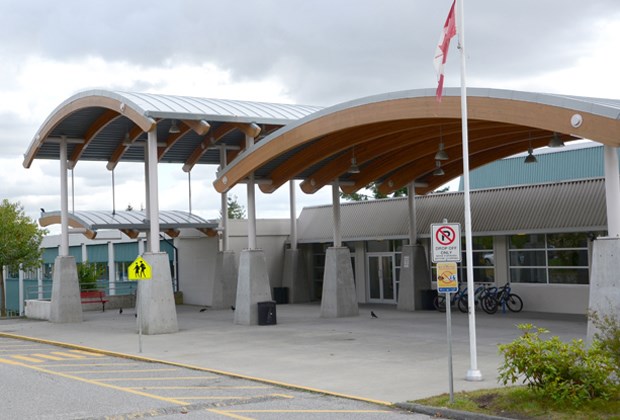 Back to school after the winter break has meant back to school COVID-19 exposures for several North and West Vancouver classes, with all of the exposures logged the very first day that students returned to school.

Sentinel Secondary sent a letter to families advising that four classes had been exposed to a person with COVID-19 on Jan. 4 including a Grade 8 PE class, a Grade 11 Lit Studies class and two other classes. Students in the classes have been advised to self-monitor.

On the same day, two Grade 8 classes at Carson Graham were exposed to a person who tested positive for coronavirus. A Grade 6/7 class at Ecole Pauline Johnson was also exposed to a case of COVID-19 on Jan. 4.

In the week before the Christmas break, there were two more exposure notices, including one to families of students in a Grade 2 class at Brooksbank, who were exposed to a COVID-19 case Dec. 18 and another Kindergarten class at Ridgeview, who were exposed Dec. 16 to 18 and later told to self-isolate for 14 days.

Teachers on the North Shore are continuing to call on the provincial government to do more to cut down on COVID-19 cases in schools.

Renee Willock, president of the West Vancouver Teachers Association, said teachers are frustrated that safeguards against the virus that people are required to put into place in many public places aren’t provided in schools.

“Physical distancing is impossible in crowded, busy classrooms,” she said, adding teachers want an expanded mask policy in schools and provision of microphone systems so they can be heard through their masks without straining their voices.

Teachers also want to be among the groups given priority for vaccination, she said.

Outside of school settings, members of Hollyburn Country Club have been advised that two club members from the same household who both tested positive for the virus were at the club at various times during the first week of January. Those two people were at the club, mostly using the upper fitness centre, for approximately one-hour periods Jan 2 to 6.

According to a notice sent to club members “this case did not originate from Hollyburn and has been traced back to a third party.”

Club members have been advised to monitor for symptoms.

The latest exposures come as Dr. Bonnie Henry, the province’s medical health officer, is urging people to limit social interactions. On Thursday, Henry extended the orders banning gatherings, events and some sports activities through to Feb. 5.

“In addition to these orders, we also strongly recommend everyone limit their travel between communities and outside of the province unless it is absolutely essential for work or medical care,” Henry said in a statement Friday.

Those comments come as several politicians have owned up to travelling outside of Canada over the Christmas break for vacations or family visits.

On Friday, West Vancouver Coun. Peter Lambur – who travelled to California in December to visit his new granddaughter – wrote a letter of apology to his constituents, calling his decision to travel contrary to public health advice as a “lapse in judgment.”

"Most British Columbians have been doing their part, and we know it is frustrating when a few people put so many others at risk,” said Henry.

According to B.C.’s Centre for Disease Control, there were 71 new cases of COVID-19 in the North Shore-Coast Garibaldi health region between Jan. 1 and 7 and 2,366 cases since the beginning of the pandemic.