Soaring COVID case counts in B.C. include infections among staff at major national grocery stores across the Lower Mainland.
Apr 5, 2021 8:38 AM By: Lindsay William-Ross 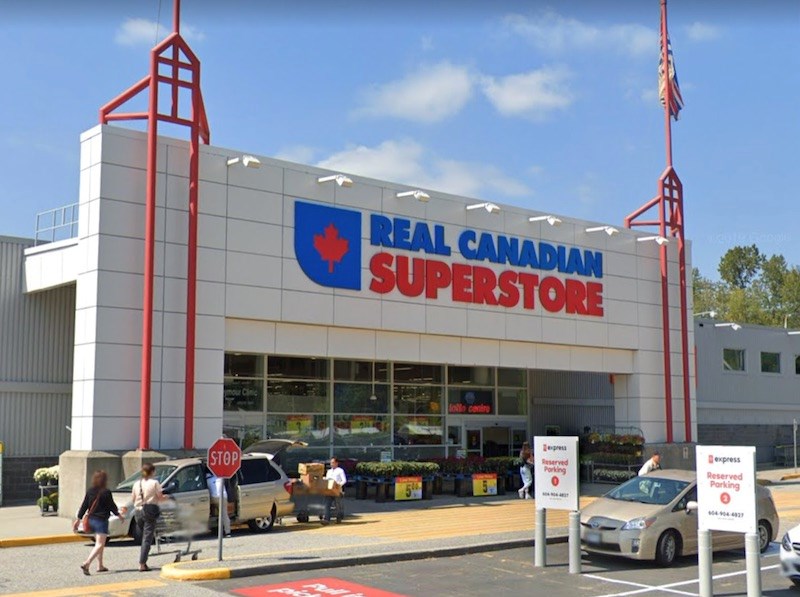 Three employees at the Real Canadian Superstore at 333 Seymour Blvd in North Vancouver among grocery workers in the Lower Mainland infected with coronavirus (COVID-19).Google Maps

On April 1 and 2, the Canadian grocery giant reported several employee COVID cases at many of its other Metro Vancouver stores, including at the Park Royal City Market in North Vancouver and the Real Canadian Superstore in Metropolis at Metrotown in Burnaby.

Currently, there are 23 entries on the Loblaw coronavirus case tracker for its B.C. stores, representing multiple locations and numerous cases reported between March 26 and April 5. Of those entries, 18 represent stores located in either the Vancouver Coastal Health or Fraser Health regions.

Loblaw-owned T & T Supermarket posts employee case updates on its website, however, the company has not had a case to report in British Columbia in the last two weeks.

Sobeys Inc, which operates stores like Safeway and Thrifty Foods, updated its B.C. coronavirus case tracker recently to include the following B.C. employee cases at its stores:

The company is also reporting cases affecting workers at one of its stores in the Interior Health region in Smithers, and among staff at two stores in Island Health in Parksville and Victoria.

B.C.'s soaring number of new COVID-19 cases continued, with the province recording a record 1,018 on April 2, and then breaking that record by detecting 1,072 cases as reported on Saturday, April 3.

With files from Glen Korstrom/Glacier Media