More than two million British Columbians have now had at least one dose of vaccine.
May 10, 2021 3:34 PM By: Glen Korstrom 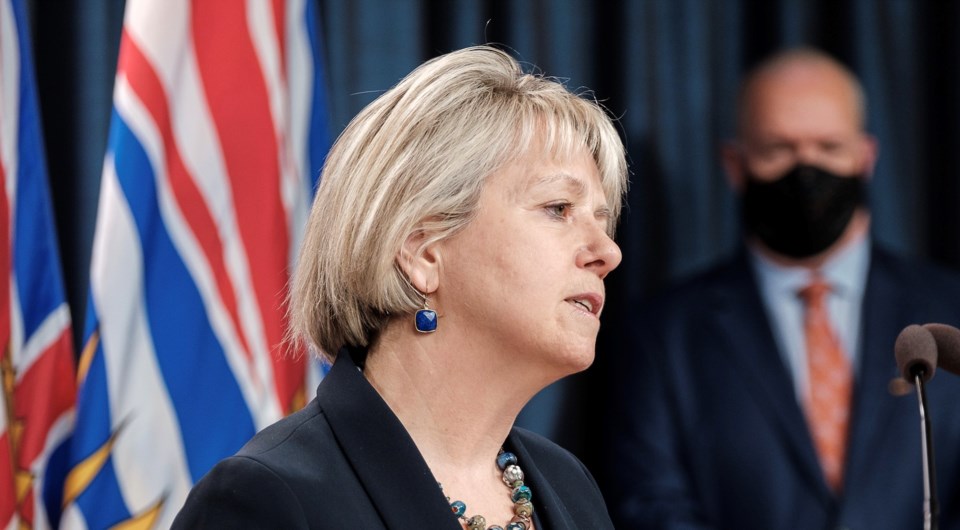 New data show B.C. is seeing some success at controlling the COVID-19 pandemic, although the province recorded 20 new deaths over the past three days.

Henry did not reveal the vaccination status of any of the people who died from COVID-19, but she stressed that having had one shot of vaccine does not make recipients completely immune from contracting the disease.

There were 1,759 new COVID-19 infections in the past three days, including 558 in the past day – the lowest daily total in more than seven weeks. On May 8 there were 596 new infections identified, while there were 605 new cases detected on May 9.

Recoveries have been outpacing new infections, meaning fewer people are actively fighting COVID-19 infections than at any time since March 25: 6,140.

Most of those actively infected have been told to self-isolate, although 415 people are in hospital, and 150 are in intensive care units. The number of those now in hospital is 30 fewer than on May 7, when officials gave their previous update.

No data was provided to show the spread of what health officials call variants of concern. Henry has said in past briefings that full genome sequencing to determine the spread of variants of concern is not being conducted. Health officials instead, are doing some genome sequencing to determine reinfections, and what Henry has called "vaccine failures."

B.C.'s vaccination campaign is "rapidly accelerating," she said on May 10.

In total, health officials have provided 2,159,103 doses of vaccine to 2,053,045 people, with 106,058 of those individuals receiving both needed doses. The pace of providing second doses is set to accelerate next week, Henry said.

The province's vaccination campaign via pharmacies has been stalled because of a shortage of the AstraZeneca vaccine.

One new outbreak of the virus has been reported at Sunrise Poultry in Surrey.

Outbreaks have been declared over at Dufferin Care Centre in Coquitlam, and at Surrey Memorial Hospital.