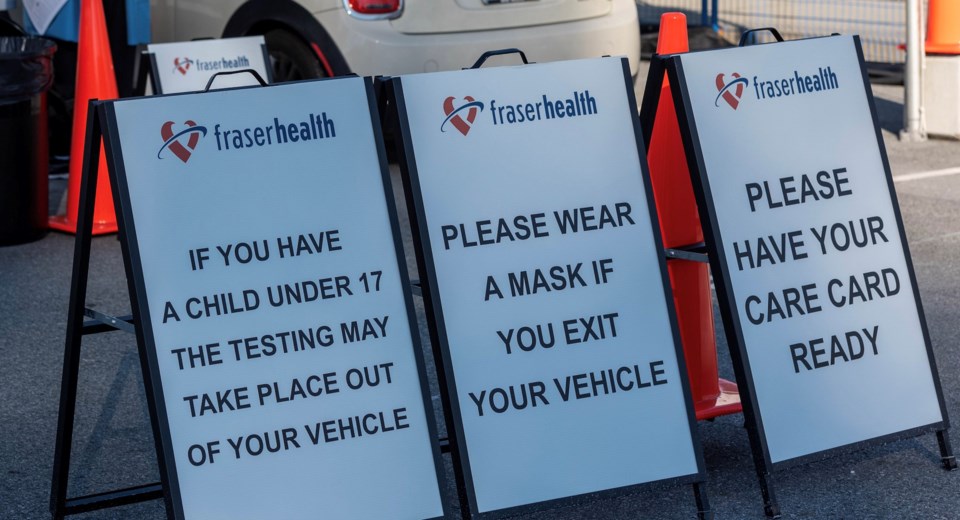 More evidence mounted on July 21 that B.C.'s attempts to control the COVID-19 pandemic are finding resistance.

For the second day in a row, the province reported a higher number of new COVID-19 infections, with the 78 known new cases being the highest total since the 87 new cases reported four weeks ago,on June 23.

Back then, health officials were excited that the province had gone five consecutive days with fewer than 100 new cases.

The province has since, however, reached a low of 20 new cases in a day, on July 5, and the province's relaxed restrictions mean many people have been legally having large house parties, have gone to nightclubs and have gone shopping without wearing masks.

The province did not reveal how many of the new infections are in people who have not been vaccinated.

B.C.'s vaccination effort continues at a steady pace of more than 60,000 doses provided per day.

In the past day, another 5,270 British Columbians received their first dose of vaccine, while 58,223 others received second doses necessary to be considered fully vaccinated.

In total, the province's count is that 3,711,930 British Columbians have received at least one dose of vaccine. All of those are aged 12 years or older, as vaccines are not yet approved for those who are younger than 12 years.

The B.C. government said that 80.1% of B.C.'s eligible population has been vaccinated with at least one dose, so that means that it believes the province has about 4,634,119 residents who are at least 12 years old. It added that 2,577,909 British Columbians have received needed second doses. That amounts to about 55.6% of the eligible population.

In addition to these doses, the B.C. government has provided a total of 7,310 doses of vaccine to people who either normally do not live in B.C., or to British Columbians who have since died, according to provincial data. This brings the total number of vaccine doses administered in the province to 6,297,149.

The 78 newly discovered COVID-19 infections continue to be appearing disproportionately in the comparatively less populated Interior Health region, where wildfires are raging, and many have been told to evacuate their homes.

More than 98.3%, or 146,142, of the 148,641 people known to have contracted COVID-19 in B.C. are considered by the province to have recovered because they have gone 10 days after first feeling symptoms, and are therefore thought to not be infectious.

B.C. had been doing well at reducing the number of new cases detected each day, and totals now are considerably below where they were a couple months ago.

Other good news is that there were no known COVID-19-related deaths in B.C. for the second consecutive day. There have been nine COVID-19 deaths so far in July, and a total of 1,763 since the first COVID-19 death in B.C., and in Canada, was identified on March 9, 2020 – a man in his 80s who lived at North Vancouver's Lynn Valley Care Centre.

The two known outbreaks at B.C. healthcare facilities are at:
• the long-term care centre Holyrood Manor in Maple Ridge, in Fraser Health; and
• Laurel Place at Surrey Memorial Hospital in Fraser Health.

YVR no longer separates passengers based on COVID-19 vaccination status
Jul 30, 2021 11:30 AM
Comments