Seniors or family members will have to phone ahead and book vaccine appointment
Mar 2, 2021 5:49 PM By: Jane Seyd 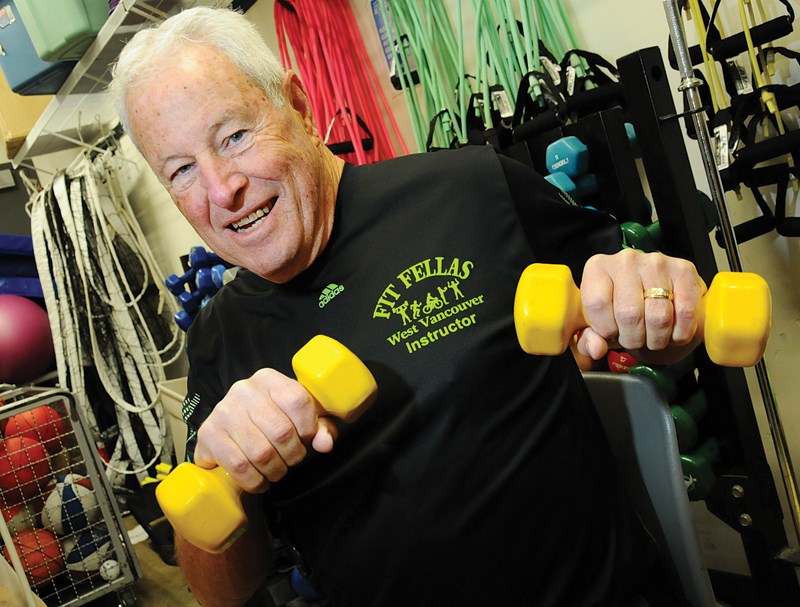 Barrie Chapman, 82, of West Vancouver teaches a fitness class for seniors. He's among those looking forward to getting a vaccination soon.

West Vancouver resident Barrie Chapman says for the most part he’s felt fortunate to live where he does through winter in a pandemic.

“My wife and I are both very active,” says the 82-year-old, who teaches a senior men’s fitness class and goes on regular walks. “We get out and play golf at Seymour.”

He admits to some envy, however, when he talks with friends in a similar age group south of the border. They’ve all already had a first dose of the COVID vaccine, and many have had a second dose, he says.

Brian Hann, 84, chair of the advisory board for the West Vancouver Seniors’ Activity Centre, says the delay in the vaccine rollout is the chief complaint he’s heard also. Now after months of waiting, seniors are eager to roll up their sleeves and get going, he says.

This week the province announced the first community vaccination clinics for seniors will get underway this month. Starting March 8, seniors will be able to phone in to a call centre number to book a vaccination appointment for the following week.

Call centre opens March 8 for those over 90

Phone lines will be open from 7 a.m. to 7 p.m. seven days a week. Family and friends can help seniors call to set up appointments.

So far the locations of the community vaccination clinics haven’t been made public. Vancouver Coastal Health has said the clinics will be similar to seasonal flu clinics and will be open seven days a week between 9 a.m. and 5 p.m. with evening appointments also available. Separate, dedicated clinics will also be set up to serve Indigenous people, starting with those over 65.

Hann said he has some concerns that seniors who can’t get out to clinics or need help registering may fall through the cracks.

Seniors receiving regular home support will likely receive the vaccine at home this month, said Dr. Mark Lysyshyn, deputy chief medical health officer for Vancouver Coastal Health. Lysyshyn said health officials are hoping seniors and their families will respect the staggered approach to vaccine registration. In some other provinces, call centres were overwhelmed early in the process when far more people than those eligible called to try to book vaccinations.

Second doses will now be given after four months

On Monday, Dr. Bonnie Henry, the province’s medical health officer, announced second doses of the vaccine will now be extended for four months, based on evidence the first dose of the vaccine offers good protection for at least that long. That means people in younger age groups will have their first vaccination dates moved up. It’s now likely all adults will have at least a first dose of the vaccine by the end of July, said Henry. Approval of a third vaccine, the AstraZeneca vaccine, means there will be a further chance to speed up the vaccination timeline or offer it to younger essential workers earlier, she said.

Overall, the beginning of the vaccination campaign is incredibly good news, said Lysyshyn.

“We’re going into a year of the pandemic. And I think it’s been very hard on everyone. We see the vaccine is really a way back to normal life.”

How to book your vaccine appointment

During their designated call week, seniors over 80 phone to register for a vaccination at 1-877-587-5767. Seniors will need their personal health number, date of birth, postal code and a contact phone number available when they call. Call-in schedules and instructions for family members and friends is also available gov.bc.ca/bcseniorsfirst