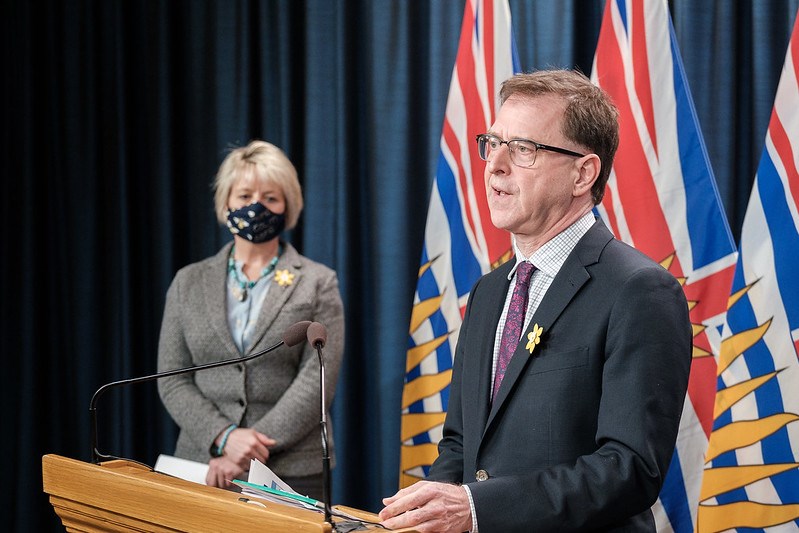 B.C. is showing continued success at combatting COVID-19, according to various metrics used to chart the spread of the pandemic.

Significantly, provincial health officials detected 45 new COVID-19 cases in the past 24 hours. The province has not had that few new cases in a day since August 10, when there were 44 cases discovered.

Mondays tend to have fewer new cases detected because less lab work and fewer tests get done on Sundays. B.C. conducted 3,499 tests in the past 24 hours, which is significantly below the average of recent weeks. Still, having the lowest number of new cases in a day in more than 10 months is a significant achievement.

Almost 98%, or 144,153 of the 147,131 people known to have contracted COVID-19 in B.C. are considered by the province to have recovered. That is because they have gone at least 10 days since first exhibiting symptoms, and the province therefore no longer considers them to be infectious.

Health officials are aware of 1,204 people in B.C. actively battling infections – the lowest number since September 3, when there were 1,175 such people. That number has fallen in each of the past 41 provincial data updates.

The number of British Columbians who have had at least one dose of vaccine has finally surpassed 3.5 million.

In total, B.C. health officials have administered 4,436,432 doses of vaccine to 3,501,031 people, with 935,401 of those getting needed second doses. Provincial health officer Bonnie Henry and Health Minister Adrian Dix's math holds that this translates into 77.3%% of all adults in B.C. having had at least one dose, as well as 75.8% of all those aged 12 years and older.

Three additional people have passed away while infected with COVID-19, raising the province's death toll from the pandemic to 1,743.

There are 108 people fighting the disease in B.C. hospitals, which is the lowest number since November 6, when there were 104 such people. Of those now in hospital with COVID-19, 48 of those are sick enough to be in intensive care units, which is the same number as on June 18.

One new COVID-19 outbreak has been declared at Port Moody's Eagle Ridge Hospital, and that is the only known outbreak at a B.C. hospital.

"While we are progressing through BC's Restart plan, let's remember that the virus is still circulating in communities, here in B.C. and in neighbouring provinces and territories," Henry and Dix said in a joint statement.

"If you are planning a trip, ensure you are vaccinated before you go. It is your ticket to safe travel this summer."

YVR no longer separates passengers based on COVID-19 vaccination status
Jul 30, 2021 11:30 AM
Comments