Vancouver's parks board is taking action to control the increasing numbers of messy and aggressive Canada geese.
Mar 4, 2021 10:19 AM By: Canadian Press 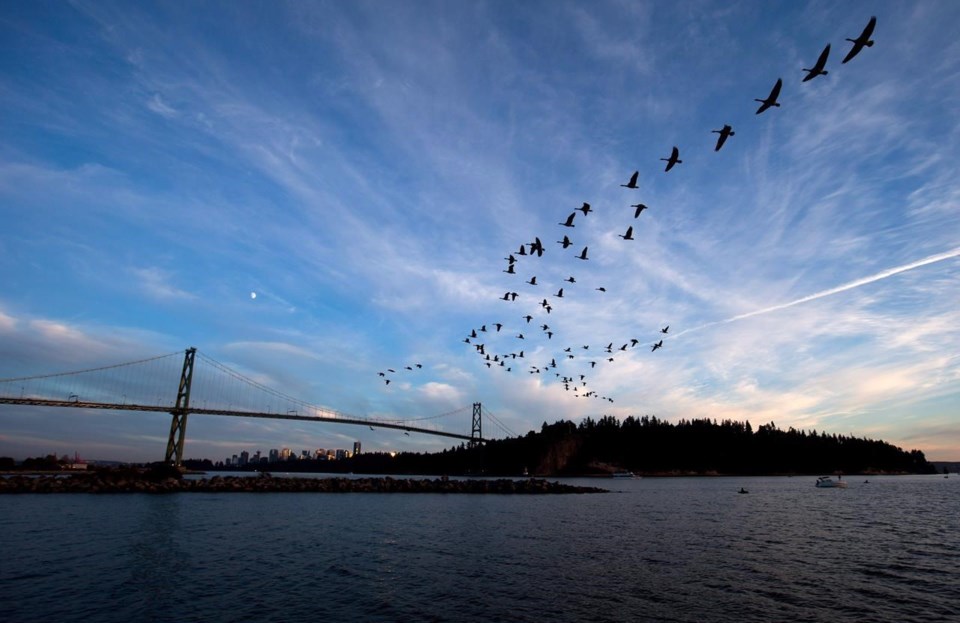 Vancouver's parks board is taking action to control the increasing numbers of messy and aggressive Canada geese.

A statement from the Vancouver Board of Parks and Recreation says it is developing a management plan to reduce the number of geese in city parks, beaches and on the seawall.

The board is particularly concerned about humans feeding the birds, saying it brings flocks of geese to high-traffic areas such as Stanley Park and the beaches of English Bay and Sunset Beach.

A key part of the management plan asks residents to identify Canada goose nests on private property so they can be removed or the eggs can be addled, and left in the nest so adults continue to brood, rather than lay again.

The board estimates Vancouver's population of more than 3,500 Canada geese grows every year because the habitat is ideal and the birds have no natural predators.

Several Okanagan cities are asking permission to cull growing flocks of Canada geese that foul area beaches and parks, but Vancouver's board says egg addling, a measure supported by the SPCA, is its only control measure.

In addition to calling for public help in identifying nests, which can be on roofs, balconies or in tall, topped trees, the park board is urging people not to feed Canada geese.

“Supplemental feeding by humans can also contribute to geese being able to lay more than one clutch of eight eggs per season; meaning that if one clutch does not hatch, they can replace it," the statement says.

"In nature, without food from humans, this wouldn’t happen."

Canada geese have inefficient digestive systems and the parks board says the birds produce more excrement for their size than most other species.

The park board says it hopes to step up egg addling, saying wildlife specialists believe the practice must be tripled in order to cut Vancouver's goose populations.

A web page has been created on the City of Vancouver website to report the location of nests so they can be removed or the eggs can be addled.

This report by The Canadian Press was first published March 4, 2021.