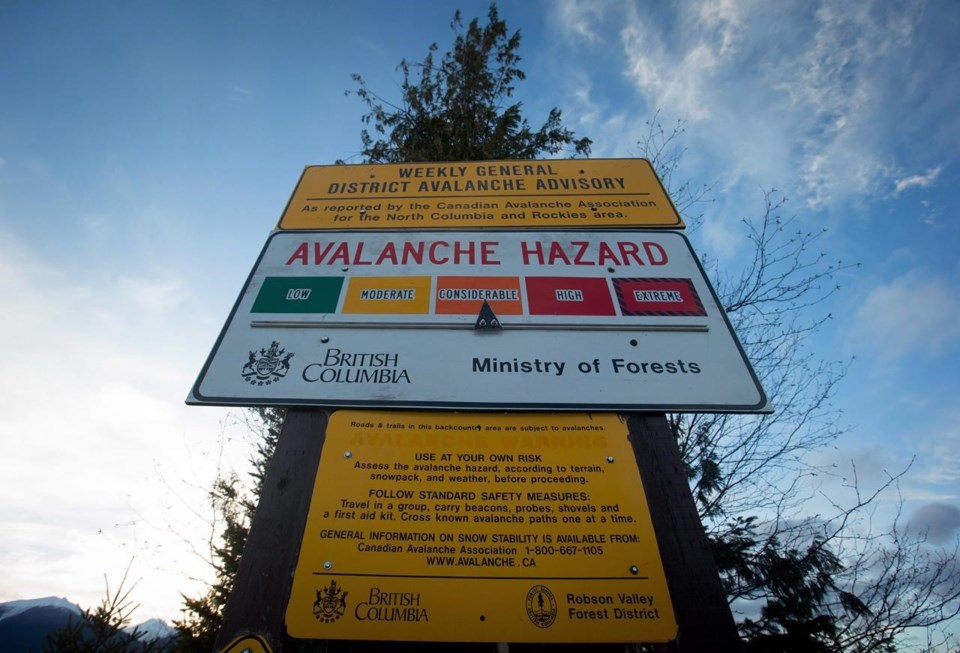 A statement from the Mounties says the victims were snow biking when they were reported missing late Monday near Goat Peak, a popular backcountry destination outside Pemberton.

Police say others in the area reported signs of a fresh avalanche, but darkness and treacherous terrain delayed a search until first light Tuesday.

Parts of the snow bikes were located in the avalanche field soon after the search began, and the statement says the bodies of the two men were found and removed from the slide debris a short time later.

The BC Coroners Service is investigating and police say the names of the two men will not be released.

Several areas affected are the Purcell range in the southeast, Cariboo Mountains of central B.C., and slopes of the Sea-to-Sky region north of Vancouver, which includes the Whistler and Pemberton areas.