Severity of violent hospital incidents on the rise: unions

President of the BC Nurses' Union says many of the aggressive incidents stem from patients who do not have appropriate supports in the community for their mental-health challenges.
Mar 17, 2021 9:55 AM By: Roxanne Egan-Elliott / Times Colonist 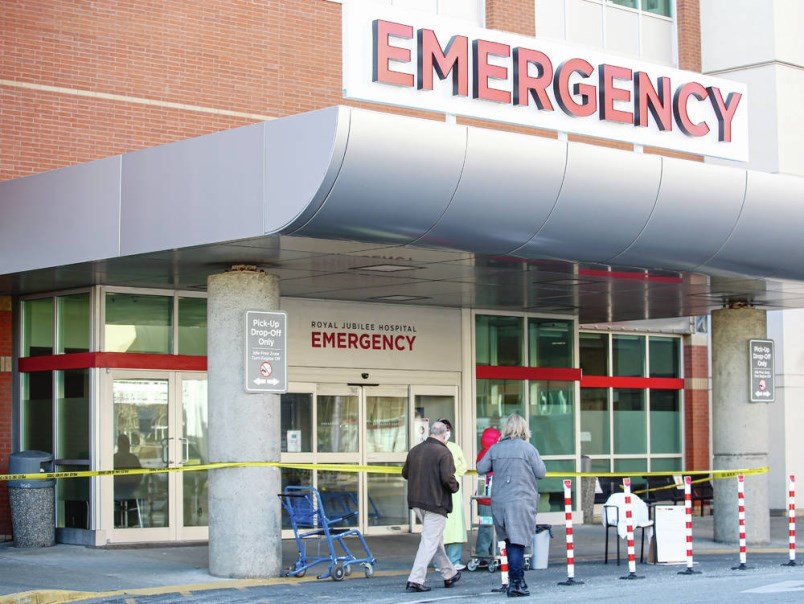 More social supports are needed to prevent people with complex mental health challenges from ending up in hospital emergency departments during potentially violent episodes, says a spokeswoman for the union representing B.C. nurses.

An incident at Royal Jubilee Hospital on Monday, in which a police officer shot a man armed with a weapon in the hospital, is at least the third weapons-related incident in B.C. hospitals in recent weeks, said Christine Sorensen, president of the British Columbia Nurses’ Union.

“These are not isolated incidents. We see a growing number of reported acts of aggression, violence — often related to emergency rooms,” Sorensen said. “And that, unfortunately, is people who are seeking help, right? They’re coming into emergency, often seeking medical care, or families have brought them.”

The union has been running a campaign for more than 20 years to bring attention to violence against nurses and other health care workers. During the past year, reports from members indicate an increased severity in the type of violence, Sorensen said.

In late January, a Nanaimo nurse was beaten in the staff parking lot of Nanaimo Regional General Hospital by a young woman who fled the hospital after being taken for a psychiatric evaluation by family.

Sorensen said she was made aware of an assault at an Abbotsford hospital recently, in the same unit where a patient violently assaulted a nurse last fall.

Many of the aggressive incidents stem from patients who do not have appropriate supports in the community for their mental-health challenges, Sorensen said.

“If we could support them in the community with so many of these issues, perhaps we wouldn’t end up with these situations in emergency departments where people bring in weapons, or they act out and become increasingly more violent,” she said.

The union has been urging the B.C. government to invest in social supports in the community, as well as provide protection officers in high-risk hospitals where they don’t yet exist, and increase the numbers in Vancouver Island hospitals, where a protection officer program is already in place, she said.

Mike Old, spokesperson for the Hospital Employees’ Union — which represents protection officers in Island hospitals — said members are reporting a fairly steady number of violent incidents, but the severity has intensified and weapons are becoming more common.

Like Sorensen, Old said the violence in hospitals reflects issues in the community that need to be addressed. “We have to deal with the root problems here, which is dealing with homelessness and the overdose crisis.”

Low-grade violence happens “all the time” in health care, Old said, and violence is the second most common reason for an accepted WorkSafe B.C. claim, after musculoskeletal injuries, for health care workers.