VANCOUVER — People living on British Columbia's south coast are being told to prepare for a second blast of winter weather on Sunday.
Feb 13, 2021 3:52 PM By: Canadian Press 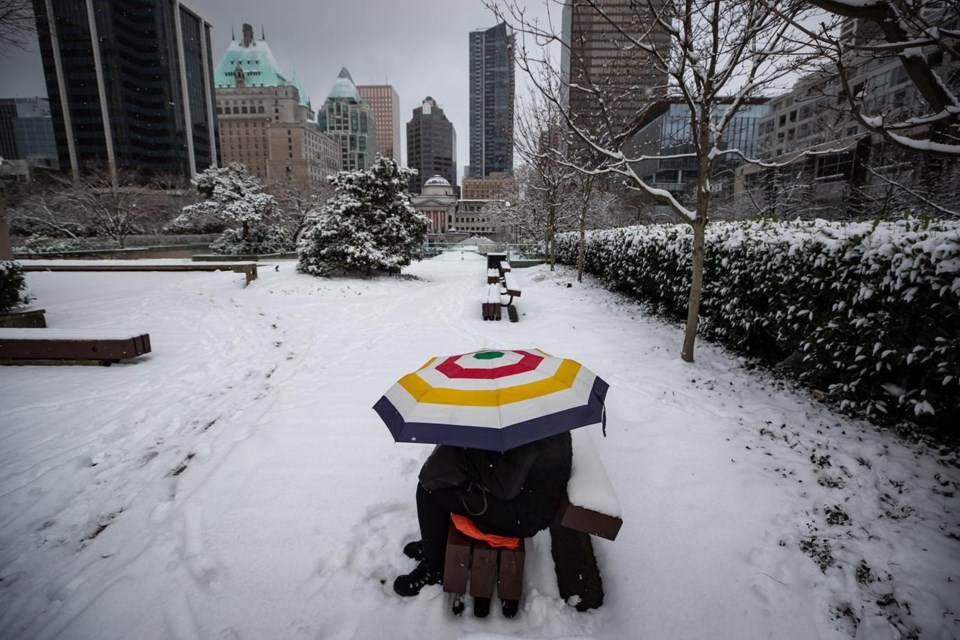 VANCOUVER — People living on British Columbia's south coast are being told to prepare for a second blast of winter weather on Sunday.

Environment Canada has issued a special weather statement warning of a second winter storm expected to hit the region on Sunday and last until Monday.

The weather says snow will arrive Sunday morning for Vancouver Island and Metro Vancouver before turning to rain in the evening.

The storm comes on the heels of one that hit the region Saturday, which resulted in closed roads, public transit delays and warnings from Victoria police to stay home due to the snow.

The agency said the the winter weather is due to a collision between Pacific moisture associated with an approaching frontal system and an arctic front along Vancouver Island.

B.C. Transit, which runs public transit on Vancouver Island, has suspended all service in the Cowichan Valley region and is only running eight bus routes in Victoria.

DriveBC has issued travel advisories for highways 1, 14 and 18 on Vancouver Island, warning drivers of limited visibility and snow.

Temperatures in Victoria, Metro Vancouver and other areas have plunged 10 to 20 degrees below seasonal norms over the past week.

The City of Vancouver said it has opened additional shelter space as well as warming centres, which become available when actual or perceived temperatures reach -5 C.

This report by The Canadian Press was first published Feb. 13, 2021.