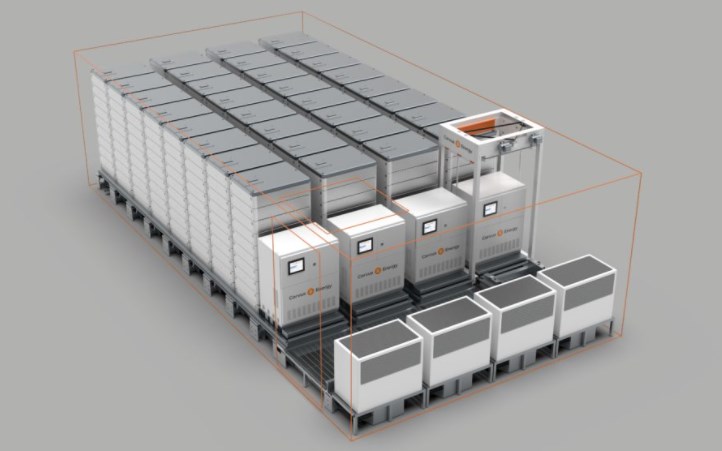 The initiative, announced February 17, is part of three new projects with a total value of $12 million from Canada’s Ocean Supercluster (COS), a cross-sectoral collaboration focused on accelerating marine innovation, and its Accelerated Ocean Solutions Program stream.

“It’s on our ocean where some of the biggest opportunities to address climate change and generate economic value exist,” COS CEO Kendra MacDonald said.

The Seaspan work is part of the Field Validation of Energy Storage System Project, led by Richmond’s Corvus Energy with partners Seaspan Ferries, VARD Marine, BC Hydro and the University of British Columbia.

The partners will conduct a commercial study and field trial of the new Corvus battery technology that will support the development of the system and bring it to market.

Canada’s Ocean Supercluster will provide $2 million for the project; another $2.15 million in funding will come from the project’s industry partners.

“This newest Ocean Supercluster project is led from B.C. with a total value of more than $4 million and will answer the call for viable solutions to electrify larger marine vessels,” MacDonald said.

She added that the project will create 23 jobs and has the potential to generate another 115 over its lifetime.

For its inaugural field trial, the Blue Whale battery system will be installed on board the Seaspan Reliant, a roll-on/roll-off drop-trailer cargo ferry built in 2016. The ship services B.C.’s Lower Mainland and Vancouver Island.

“Seaspan Ferries is committed to caring for the environment, and this is an exciting opportunity to play a role in the transformation of shipping towards a greener and more sustainable industry,” said Seaspan Ferries vice -president Gord Miller.

“This trial will also provide valuable experience locally, as personnel from VARD Marine, BC Hydro and the University of British Columbia will provide integration design, shore charging from the grid infrastructure, and emissions reduction studies respectively – all important areas of expertise to develop as British Columbia develops its coastal emissions reduction plans.”

The Blue Whale field trial and all key maritime authority certifications are expected to be completed by the spring of 2022, at which time commercial deliveries will start.