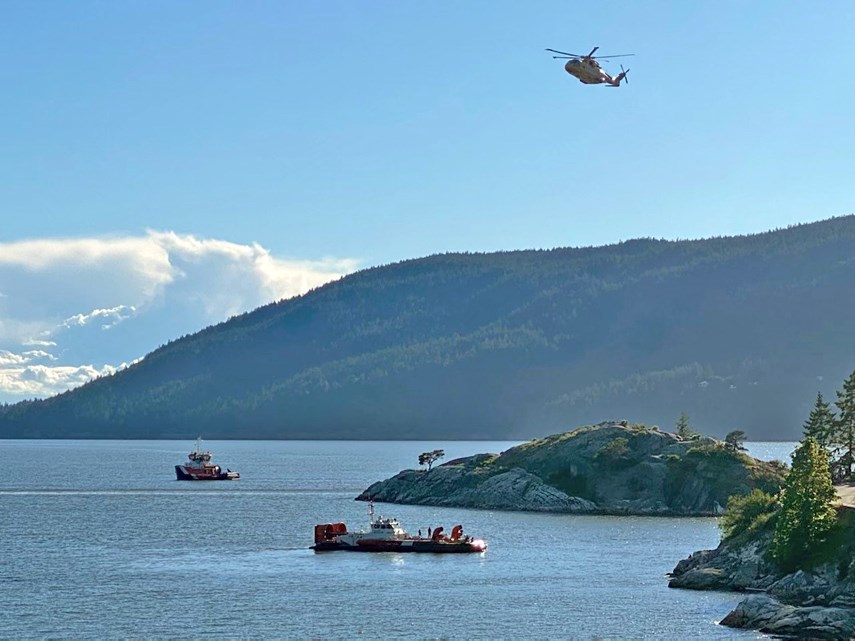 Marine search and rescue crews search the waters off Whytecliff Park in West Vancouver for a missing kayaker Monday, June 7, 2021. The search has since been suspended. RCM SAR

The search for a missing kayaker in West Vancouver was suspended after rescue crews spent hours in the water off Whytecliff Park searching for the individual late Monday (June 7).

A joint operation involving the Canadian Coast Guard and the local branch of the volunteer Royal Canadian Marine Search and Rescue got underway Monday around 3 p.m., after a kayaker who had gone out prawning – and who was only supposed to be gone for a few hours – didn’t return to shore.

According to police, the subject is an Asian West Vancouver man in his 50s.

A Cormorant helicopter courtesy the Air Force base in Comox was also utilized in the search.

Crews deployed to Bachelor Cove, at the end of Dufferin Avenue near Whytecliff Park, and found the kayak awash near the shore off Whytecliff’s lookout point.

Crews searched for the missing kayaker for approximately five hours, according to the Joint Rescue Co-ordination Centre.

The investigation has now been taken over by the West Vancouver Police Department, according to the JRCC.