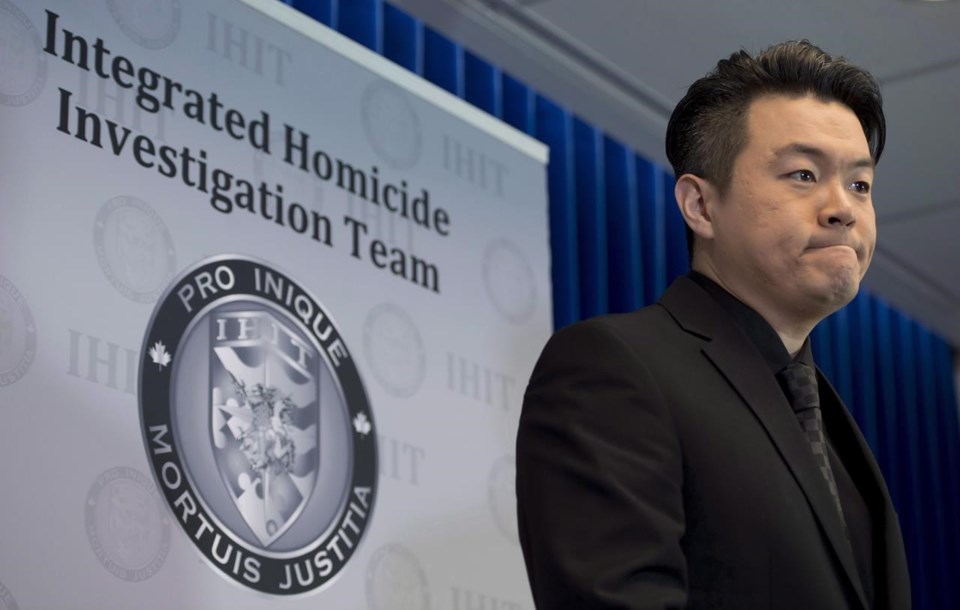 Sgt. Frank Jang of the Integrated Homicide Investigation Team says Bailey McKinney was targeted as he visited the busy Town Centre skate park at about 6:30 p.m.

Investigators want to speak to the roughly 50 people who were in the park at the time of the homicide in an effort to determine what McKinney was doing there.

Jang says there is no indication the homicide is linked to a fatal shooting in Vancouver on Saturday or to Metro Vancouver's ongoing gang conflict.

Jang says police had previous interactions with McKinney related to drug offences, but that it's too early to tell if the killing is drug-related.

No arrests have been made and Jang is urging anyone with information to share details with the homicide team.

Information was still being checked, but McKinney might have had an ongoing disagreement that led to his death, Jang said.

"It leads us to believe this was targeted. It certainly wasn't random."

A team of officers was canvassing the Town Centre area looking for witnesses and dash cam or surveillance video that could help identify a suspect, Jang said.