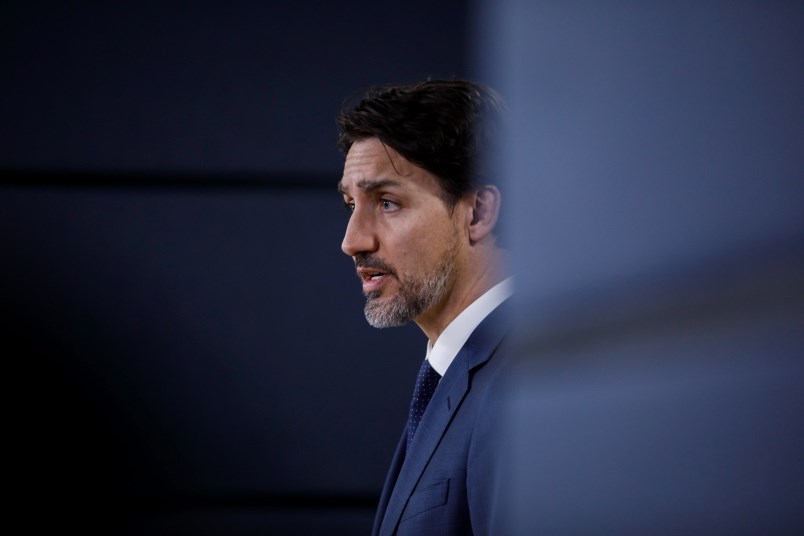 Prime Minister Justin Trudeau is in British Columbia this week to discuss the impact of the wildfires. Photograph By GOVERNMENT OF CANADA

Prime Minister Justin Trudeau met with the Incident Response Group to discuss the impact of the B.C. wildfires during his stop in the province Thursday.

A news release summarizing the meeting says 80 firefighters from Ontario and Quebec have now arrived to help bolster crews on the frontline, and Parks Canada has dispatched 23 fire management specialists to B.C. and neighbouring Alberta.

It also confirms Canada is in discussions with international partners to prepare for the potential need for additional assistance. The prime minister and the cabinet ministers who are part of the Incident Response Group agreed on the continued importance of providing resources as needed to provinces to help them recover and keep people safe.

They also talked about ongoing issues around rail transportation infrastructure.

Indigenous leaders and some residents of Lytton are upset at the prospect rail traffic has resumed through the community that was levelled by fire on June 30. RCMP have not yet wrapped up the investigation into what sparked the flames that spread so quickly many people had to flee with just the clothes on their backs. Some witnesses say it began near the rail line.

The release says the prime minister and ministers will also continue to prioritize federal action on climate change to mitigate exacerbating impacts to extreme conditions and protect the health and safety of communities across Canada.

Hundreds died during the heat dome that pushed temperatures well over 40 C in B.C. for several days in late June and early July.