Premier John Horgan says cabinet will continue strategic planning for the term ahead in two-day virtual retreat
Jan 14, 2021 9:27 AM By: Hayley Woodin 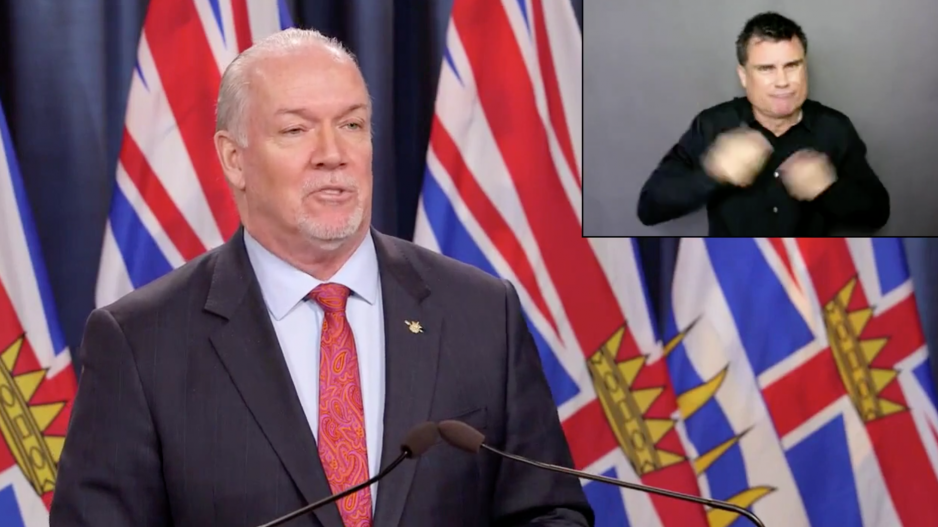 As of yesterday, 63,430 British Columbians have received a COVID-19 vaccine.

“As a rule of thumb, our primary focus has been and will be in the short term making sure that the most vulnerable in our society are at the front of the queue," said Premier John Horgan in a press conference Thursday morning.

In the not-too-distant future, Horgan said all long-term care home residents and staff will have hopefully been vaccinated.

"Our understanding at this point in time is the older you are, the more at risk you are, so that's how we're going to prioritize going forward."

Horgan said he expects arguments about who should be vaccinated first will continue until the last drop of vaccine is administered.

The rollout will be an area of focus during a virtual two-day cabinet retreat that begins today. Horgan said the province will also receive further legal advice around potentially restricting travel to British Columbia.

“We do have challenges though when it comes to mobility within Canada," Horgan said, noting that media stories of Canadian politicians travelling over the holidays led to "a firestorm of frustration and anger."

"I want to put this either to rest so that British Columbians understand that we cannot do that and we're not going to do that, or there is a way to do it, and we're going to work with other provinces to achieve it."

Horgan added there is no legal obligation that prevents British Columbians from travelling abroad, but that there is a moral one. Canadians are not banned from travelling within the country, and visitors can still travel to Canada from abroad.

“On the surface it would seem an easy thing to do to just tell people not to come here. That’s not part and parcel of who we are as Canadians.”

To date, some $645 million of the BC Recovery Benefit has been deposited into the bank accounts of 1.4 million British Columbians.

In addition to COVID-19 and the province's vaccine strategy, B.C.'s upcoming cabinet retreat will focus on issues that were front and centre during the BC NDP's first term in power – the province's opioid crisis, homelessness and affordability.

“I think British Columbia stands very well positioned to take off as we put the pandemic behind us in the months ahead," Horgan said.