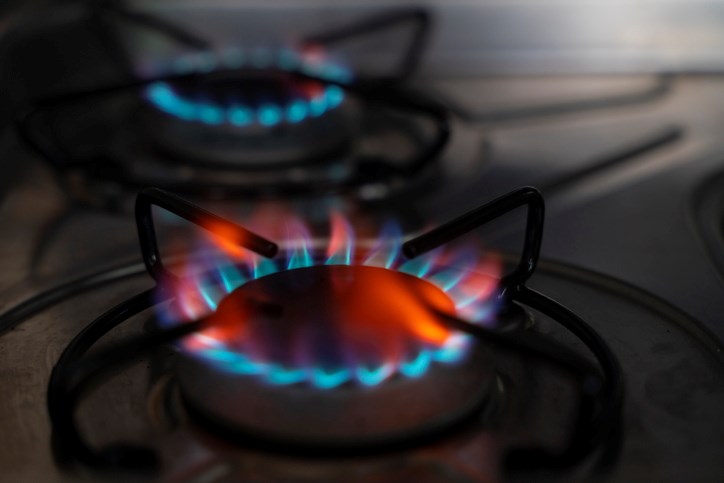 Today, the oil and gas sector produces 20 per cent of the province's emissions, and despite FortisBC's plan, B.C. is already falling short on plans to cut that down.Javier Zayas Photography / Getty Images

B.C.’s largest gas utility outlined two pathways to reducing emissions by 80 per cent by 2050 Friday, arguing that adding renewable gas to the province’s energy mix would save the region $100 billion by mid-century.

The strategy, described in a commissioned report by the consulting firm Guidehouse in August 2020, was rehashed by the utility on June 4, only weeks after a landmark report from the International Energy Agency found a path to a net-zero emission world by 2050 required cancelling all new oil and gas projects.

The Guidehouse report looked at two potential blueprints to achieve the province’s CleanBC emission reduction targets by 2050 — one where homes and vehicles have made a full electric transition and another where gas still plays a major part in B.C.’s energy system.

According to FortisBC, keeping gas in the picture would mean transitioning to a mix of renewable natural gas — made from food discarded in landfills, human waste in water treatment plants or wood waste from forestry. Hydrogen and synthetic methane created as part of the carbon capture process would also play a growing role.

While expensive, that would save B.C. $100 billion compared to a world where B.C.’s vehicles, homes and business went fully electric, said FortisBC staff in a virtual call Friday. It would also help manage peak energy demands in the winter, they said, and make the whole power system more resilient to shocks.

Today, the oil and gas sector produces 20 per cent of the province’s emissions, and despite FortisBC's plan, B.C. is already falling short on plans to cut that down.

Current government modelling estimates B.C. will miss its 2030 emission targets — a reduction of 40 per cent below 2007 levels, the province’s baseline year — by 44 per cent.

More damning still, a sweeping study released earlier this week calculated the province’s oil and gas sector alone could wipe out any hope of achieving its 2050 target.

According to the report, the oil and gas sector is falling short. Even if every other sector of the economy dropped its greenhouse gas emissions to zero by 2050, federal data for B.C. forecasts the province’s oil and gas sector alone would exceed its reduction targets by 93 per cent.

“Emissions from gas and oil production seem to be severely under-forecast, according to the latest Canada Energy Regulator Environment Canada data.”

Much of the greenhouse gases from the oil and gas sector stem from exports, said Hughes, and include emissions from the LNG Canada terminal already approved in Kitimat, B.C. Add the three other terminals also under consideration — including Woodfibre LNG in Squamish and Tilbury LNG in Delta — and B.C. could blow its CleanBC 2050 target by 147 per cent, Canada's Energy Sector report shows.

Critics charge LNG may burn cleaner than oil or coal over the long term, but it’s still a dangerous source of global emissions, especially when transportation and escaped methane are factored in.

Industry spokespeople, meanwhile, cast natural gas as a part of the solution to fight climate change, one that lays a cleaner path to get nations like China and India off coal-fired power plants.