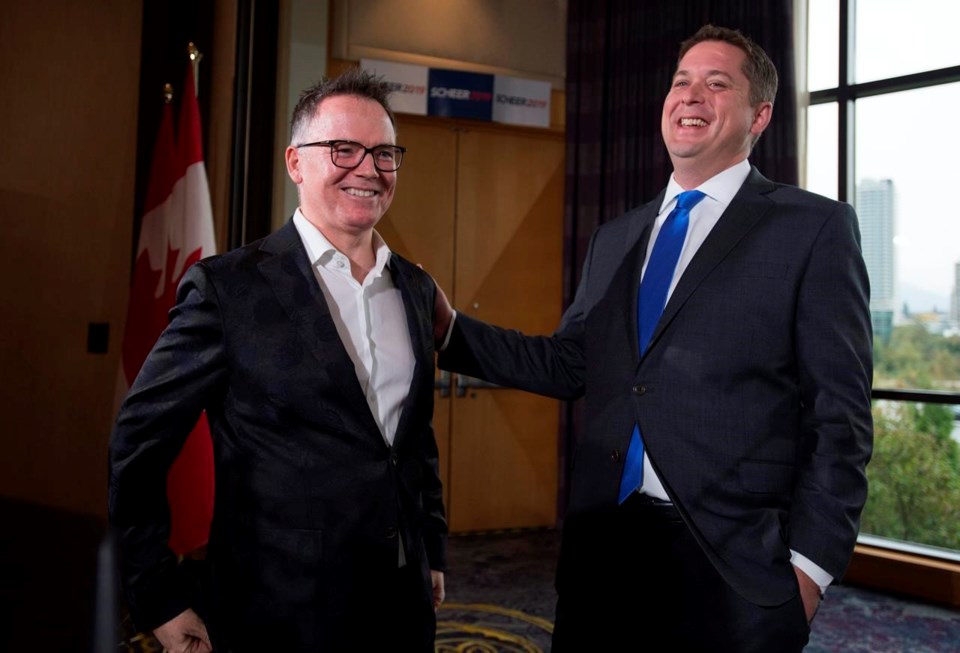 Kevin Falcon announced his leadership bid Monday, saying he wants to rebuild, renew and rename B.C.'s Liberal Party, which has lost its way since the 2017 election.

Falcon is the third candidate to enter the Feb. 5, 2022 leadership race, joining Ellis Ross, the Liberal member of the legislature for Skeena, and Gavin Dew, a Vancouver entrepreneur and former Liberal byelection candidate.

Liberal transportation critic Michael Lee signalled Monday he is also preparing a leadership bid with a social media post declaring he was "ready to run."

Falcon, a former B.C. finance, health and transportation minister, says he left politics in 2013 to spend more time with his young family, but he's now seeking the leadership to protect both his family's and the province's future from what he says is NDP mismanagement.

Falcon, first elected in Surrey-Cloverdale in 2001, is making his second bid for party leader after being defeated by former leader Christy Clark in 2011.

"I'm just genuinely really concerned about the direction the NDP is going in," he says in an interview. "They're just essentially reprising their playbook from the 1990s and I know where that's going to lead and I'm very concerned about it."

This report by The Canadian Press was first published Monday, May 17, 2021.

Officials say 'critical shortage' of accommodations in Kamloops area means evacuees have to travel
Jul 23, 2021 10:38 AM